Safer Streets in Victoria and Isebrook areas of Wellingborough

Following a major funding boost as part of the Safer Streets scheme, residents in the Victoria and Isebrook areas of Wellingborough are being encouraged to give their views about improving safety and security where they live.

The Home Office funding, which was bid for by the Office of the Police, Fire and Crime Commissioner (OPFCC), aims to cut crime such as burglary and anti-social behaviour in hot spot areas. More than £500,000 is being invested in the Victoria area and parts of the Isebrook area to help improve home security and add measures such as gates on alleys that run behind people’s homes.

The Office of the Police, Fire and Crime Commissioner hopes to consult with as many residents as possible to hear their views. Letters have been sent to 2,500 homes to explain more about the Safer Streets Fund and invite people to be part of the consultation project.

A consultation evening is taking place at Highfield Community Centre on September 24. Residents are also invited to join the Safer Streets Wellingborough facebook page where they can find updates and post queries. Views can also be emailed to the OPFCC customer service team by emailing Customerservice@northantspfcc.pnn.gov.uk

Northamptonshire Police, Fire and Crime Commissioner Stephen Mold said: “My vision is to do everything I can to make this county a safer place and this financial support will have an enormous impact on improving security in the areas selected, which have higher levels of acquisitive crime than average for the county.” 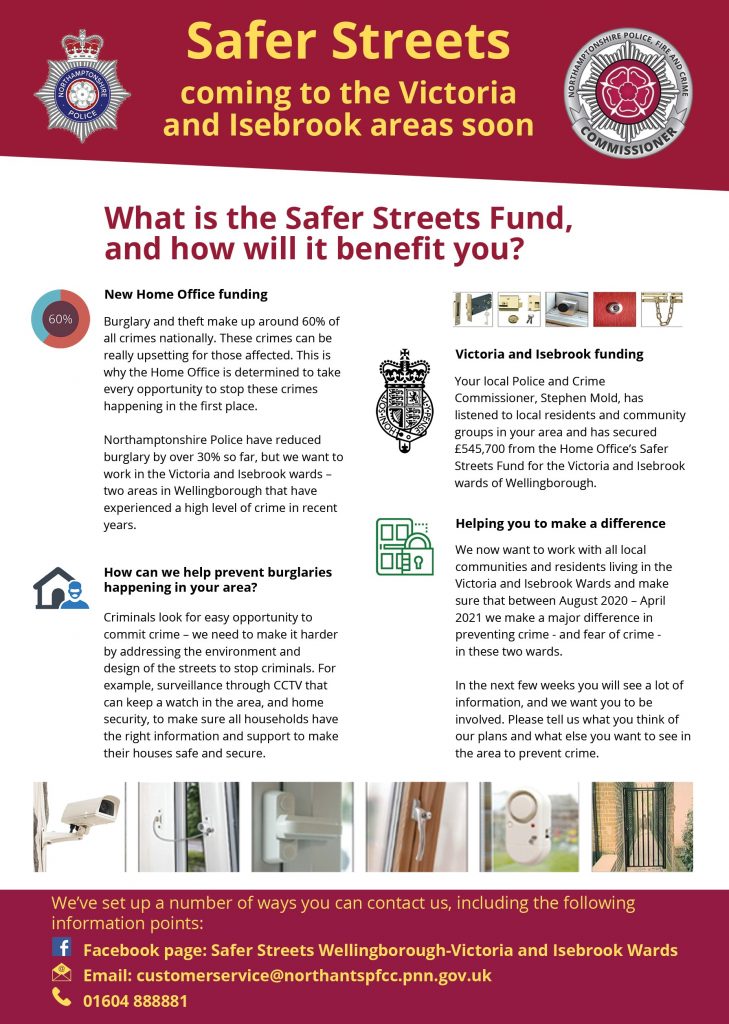 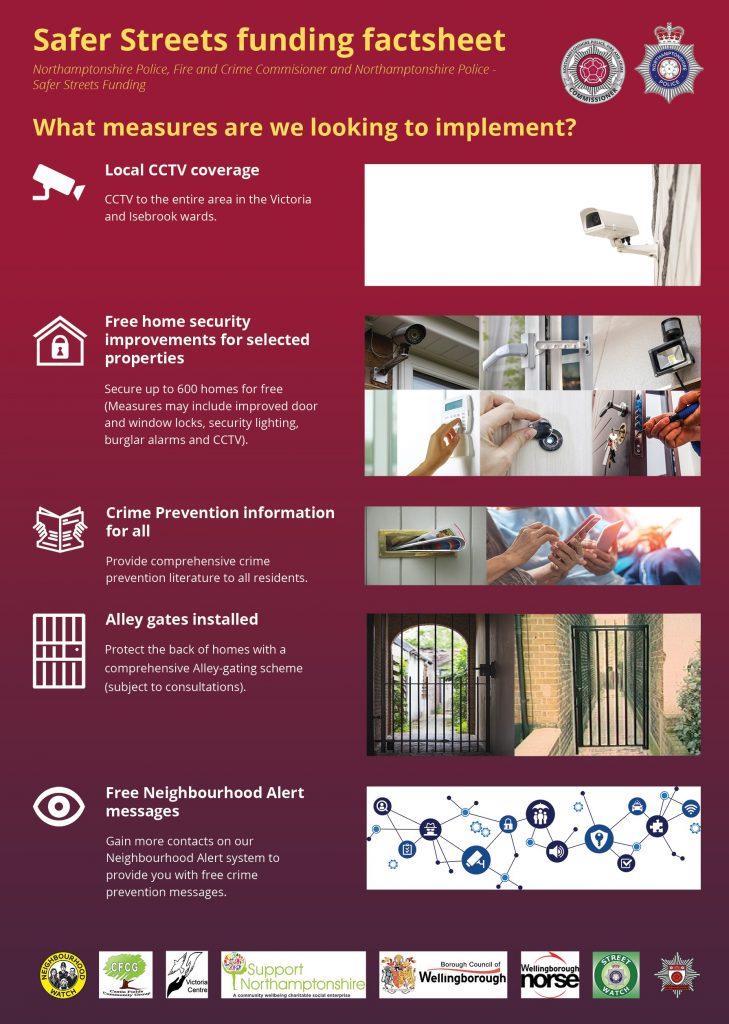