Extra security for rural Northamptonshire businesses thanks to PFCC trial 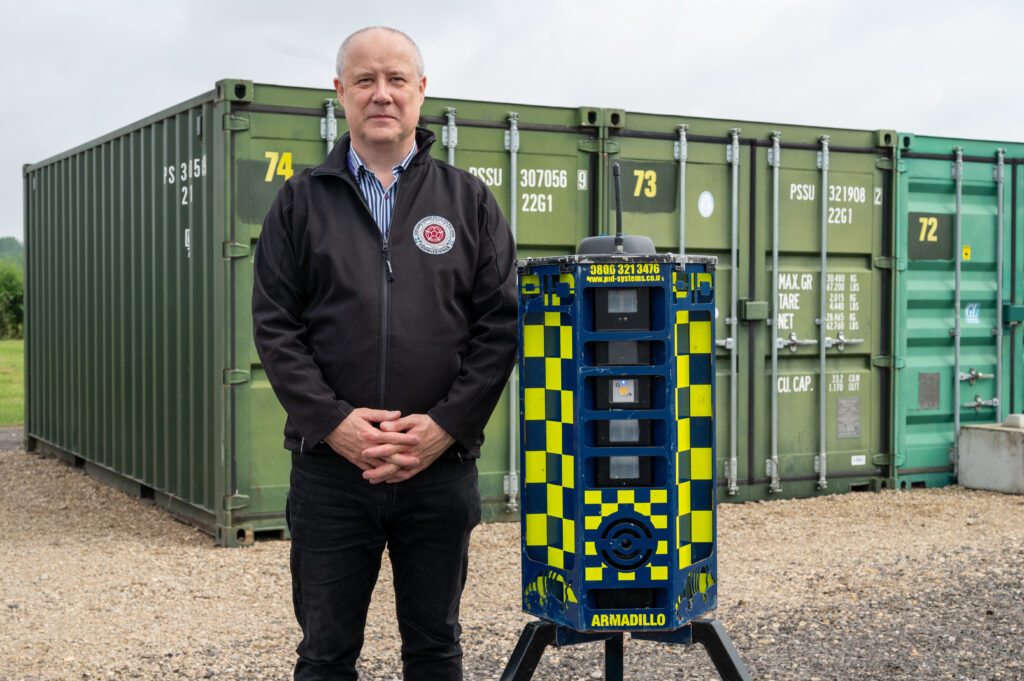 The scheme allows businesses to be loaned VideoGuard 360 cameras – which are being rented from security firm PID Systems. The machines boast three HD cameras and give out warning messages against committing criminal behaviour should a sensor be triggered. They are also fully mobile, meaning they can be placed in any area that could be determined vulnerable. 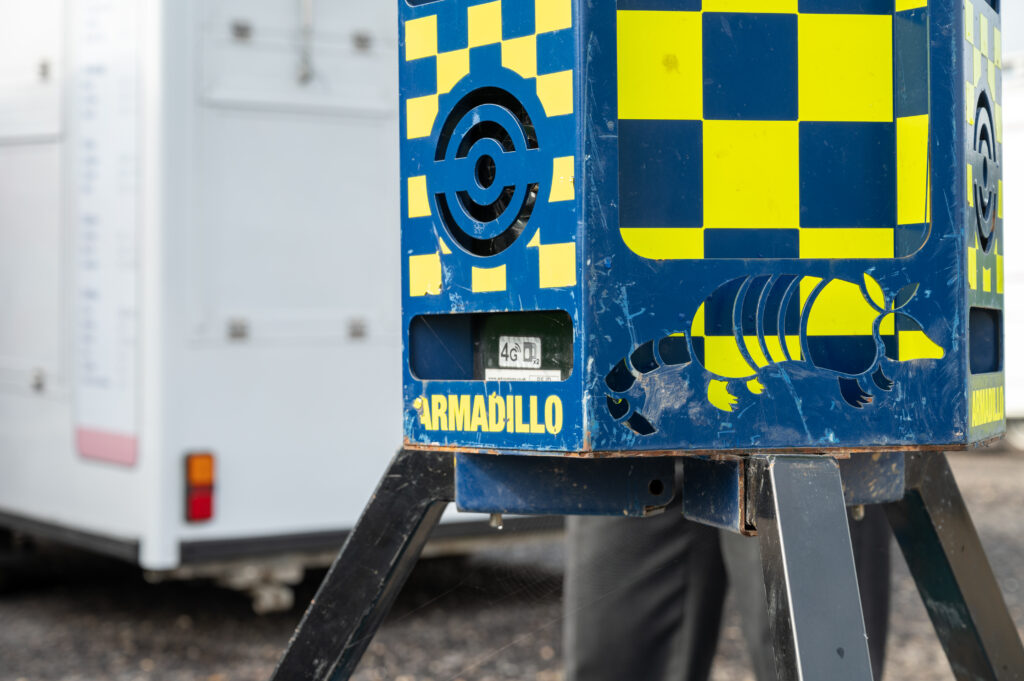 One of the early beneficiaries of the trial scheme is Whites Nurseries in Earls Barton, which Mr Mold visited recently to see the new equipment in action.

Footage captured by the VideoGuard 360, should it be triggered, is then sent to a PID Systems control room where staff will assess the footage and see if it’s a genuine security threat. If this is deemed the case then PID Systems will liaise with the Northamptonshire Police control room, who will designate it as an emergency incident.

As well as setting aside £5,000 to rent the VideoGuard 360s for affected businesses, the Office of the Police, Fire and Crime Commissioner (OPFCC) will also fund signage warning potential criminals that their every step is now being watched where the cameras are in place.

Stephen Mold said: “We’re delighted to be working with PID and using their VideoGuard 360 to act as a deterrent against criminal behaviour. If anyone goes near it then it will inform the police and it will act as a powerful tool in helping us to prevent crime, which is a major priority for us.

“It also marks our continued investment in making rural areas even safer. Northamptonshire is a largely rural county and we want to make sure that businesses in rural areas are given as much help as they can be to remain safe and successful.” 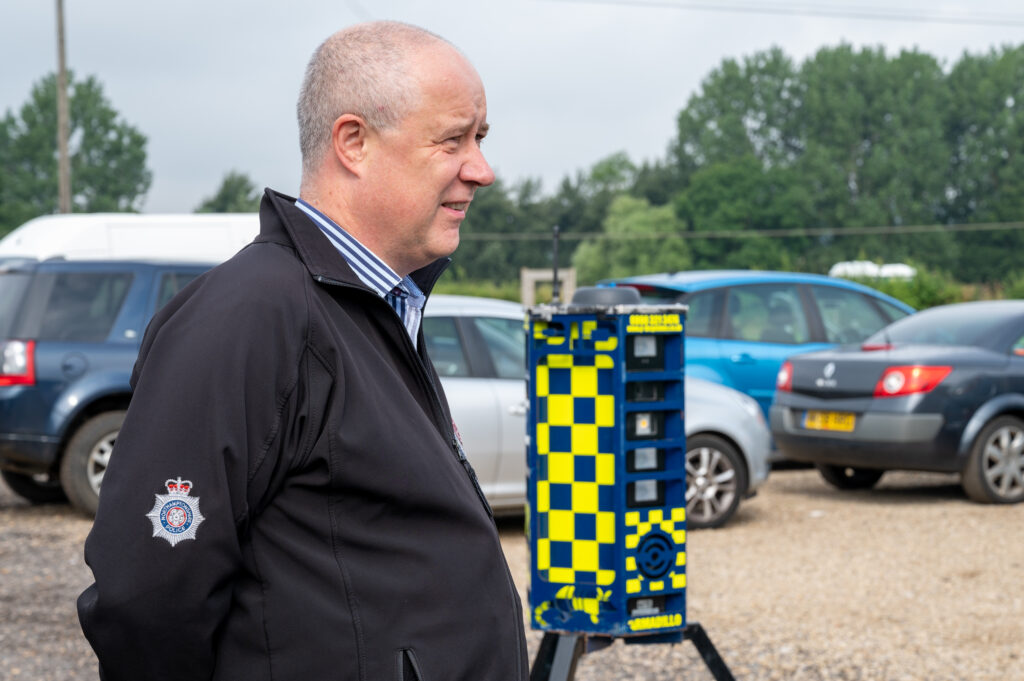 Members of the Crime Prevention Team at Northamptonshire Police will identify locations and businesses that could be vulnerable to rural crime, and will then seek sign off from the OPFCC to trial the equipment on a four-week basis – giving firms time to ensure they can implement appropriate security measures at their business for once the trial has ended.

Whites Nurseries, on Clay Lane in Earls Barton, has been given two VideoGuards as part of the trial scheme after being the victims of a recent burglary. 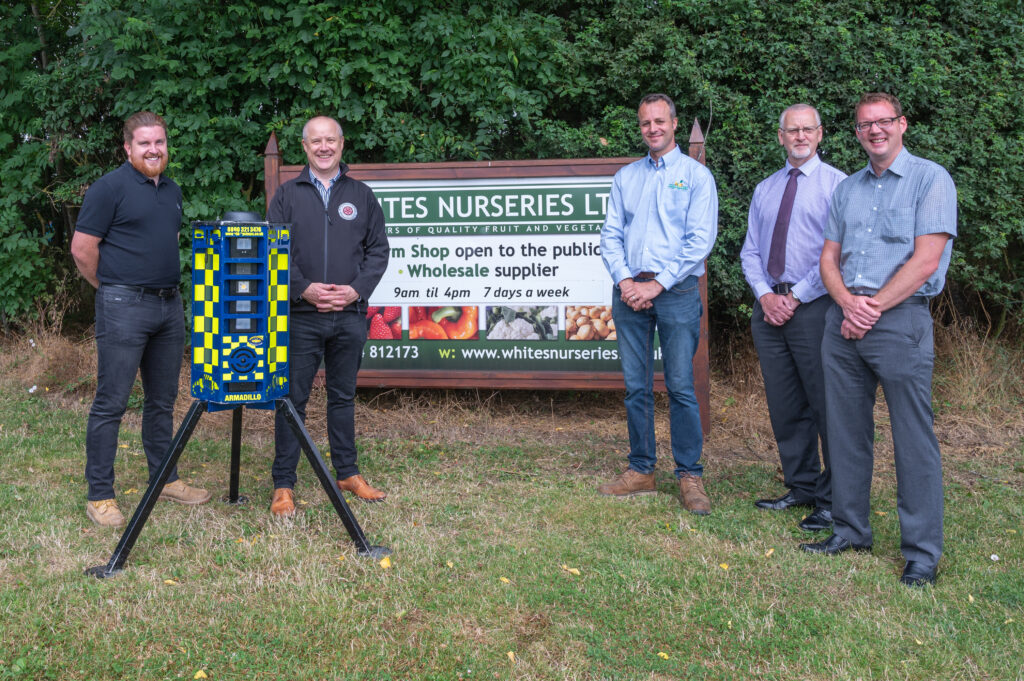 Eddie White, a manager at Whites Nurseries, said: “We were contacted by the police after we had a break-in and were asked if we wanted to take part in the trial.