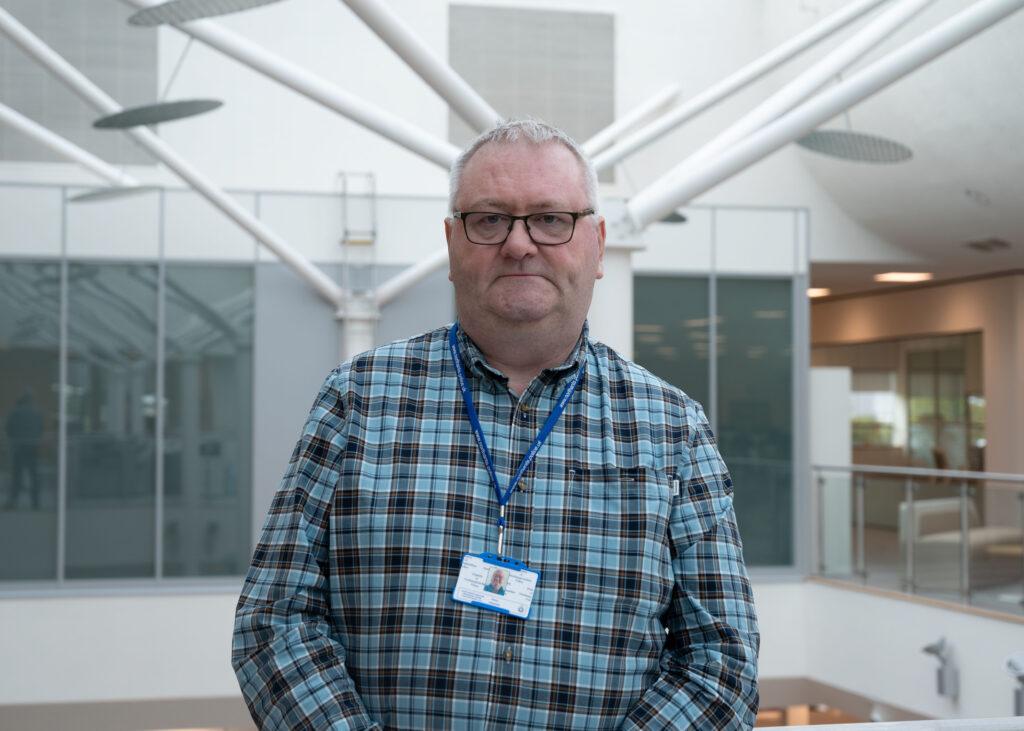 The specialist role, which will be filled by retired Northamptonshire Police Detective Paul Franks, is part of a 12-month trial scheme in North Northamptonshire which is being funded by Police, Fire and Crime Commissioner Stephen Mold.

Under the PFCC scheme, Mr Franks [pictured above] will work closely with local retail firms in helping them to gather improved evidence – such as statements and CCTV footage – that can then be sent onto Northamptonshire Police so they can investigate incidents that have been reported to them.

The scheme, which started on Monday (October 4), will give retailers additional specialist assistance when they have been targeted and will focus on persistent and violent shoplifters who cause harm to retailers, their staff, and their communities.

The new retail crime investigator will work within the Northamptonshire Business Crime Partnership (NBCP), a non-profit organisation with more than 500 members ranging from national retailers to independent traders.

On funding the new trial, Stephen Mold said: “I’m absolutely committed to ensuring we provide a valued service to all victims of retail crime. We hope this 12-month pilot will provide further reassurance to businesses that we will do everything in our power to firstly deter criminals, but also to investigate and bring swift justice to those shoplifters who do target our local businesses. I am particularly concerned about the increase in violence or threats that staff employed in this sector have been suffering nationally, and this is wholly unacceptable.”

Paul Whitworth, Chair of the Northamptonshire Business Crime Partnership, added: “We are aware from a recent survey of a number of our members that they do at times have concerns both about how to best gather evidence where their businesses are subject to persistent offending or where their staff are threatened by offenders – and at times felt the police response was lacking.

“NBCP welcome and are grateful for the opportunity to improve through the funding that the Police, Fire and Crime Commissioner is providing. We look forward to this partnership approach being successful in making our members feel safer and more secure.”

In his new position, Mr Franks will link in with the Initial Investigation Team (IIT) at Northamptonshire Police to provide evidence on lines of investigation. The Force has reviewed the service that is given to retailers reporting shoplifting, and the pilot scheme will support the new direction it is taking.

A recent survey by the British Retail Consortium found that there are more than 450 physical or verbal assaults on retail workers every day in the UK, and that retail crime results in a loss of £1.3 billion a year.

And in the county, there were 2,720 shoplifting offences recorded by Northamptonshire Police in the 12 months leading up to July 2021, with a detection rate of 12.8 per cent.

A review at the end of the 12-month trial will determine if detection rates have improved as a result of the pilot and the more focussed approach the IIT is taking.

Paul Franks added: “I am looking forward to undertaking this important role, acting as a key link between the partnership and Police. I hope to be able to support retailers at a difficult time in bringing these offenders to justice.”