Commissioner asking for £10 a year increase in policing precept 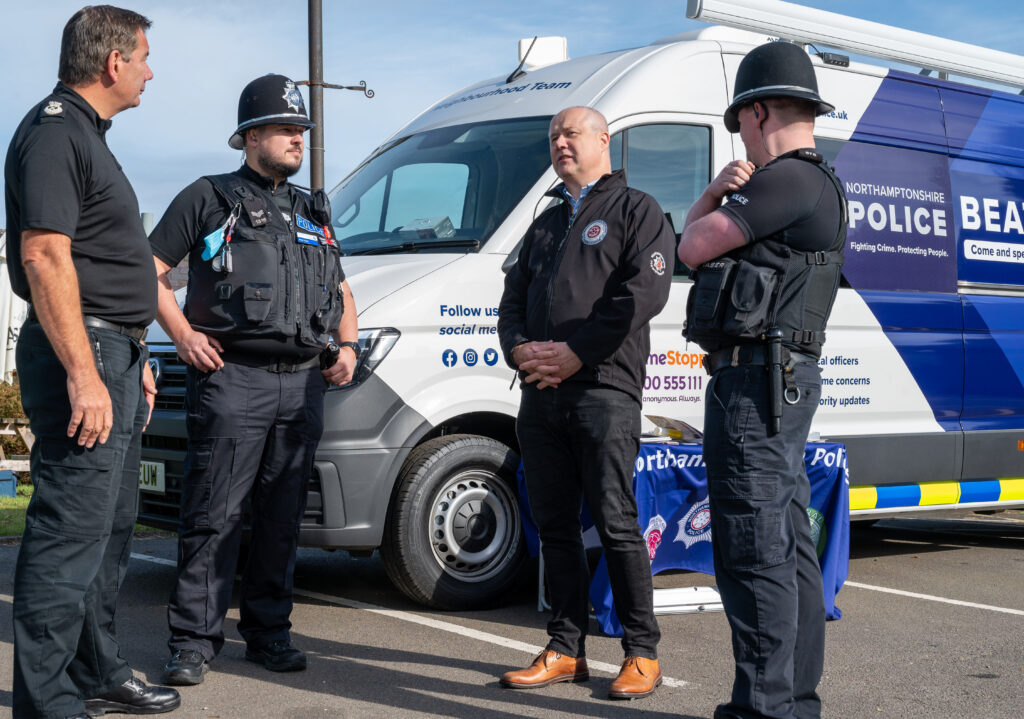 Northamptonshire Police, Fire & Crime Commissioner Stephen Mold is asking for an increase of £10 a year, around 19p a week for a Band D property, in the policing precept, the part of the council tax that goes towards the county’s policing budget.

The increase – which is below the level of inflation – would ensure that the Force can continue with plans to increase the number of police officers to 1500 by March 2023 and sustain these numbers in the long term.

Over the last six years, Police, Fire and Crime Commissioner Stephen Mold has targeted council tax increases at public priorities, including increasing the number of police officers in Northamptonshire and focussing on neighbourhood policing. Over that time, the number of police officers has increased from 1170 to 1460 – the most the Force has ever had – and will continue to increase to 1500.

Having more police officers has enabled a greater focus on the investigation of burglary, with the setting up of a dedicated policing team that has successfully reduced the number of offences in the county. Rural and roads policing teams have also grown, alongside neighbourhood crime fighting and problem solving.

Mr Mold said: “It is never easy to ask people to pay more for their services, and I know that this year is more challenging than ever. The Government’s funding to Northamptonshire Police is based on an increase in local council tax precept of £10 a year for three years and that will still mean yearly savings must be made but will allow us to build on the improvements that have been made and keep pressing forward with plans for more visible, responsive local policing.

“People consistently tell me that they want more visible policing and as a growing county, we need the extra officers that we are investing in. This increase will ensure that we are able to deliver on both those fronts.

“There will also be the opportunity to focus on the priorities in my Police, Fire and Crime Plan, such as knife crime, domestic violence and the prevention of violence against women and girls. I will also expect the focus on neighbourhood policing to be strengthened even further and to see more operational successes like the recent major seizure of drugs in the county.

“I am always very clear that this is public money that needs to be spent to deliver the best value possible, so I will also be challenging the Chief Constable and the Chief Fire Officer to work even more closely together where that makes operational and financial good sense. And once again, I am very grateful for the support that local people give to their police service and the safety of their community.”

The policing budget is made up of grants from the Home Office and the contribution local taxpayers make through the council tax precept. Around 14% of a household’s council tax goes towards policing, around 4% to Northamptonshire Fire and Rescue, with the rest going to the local authorities.