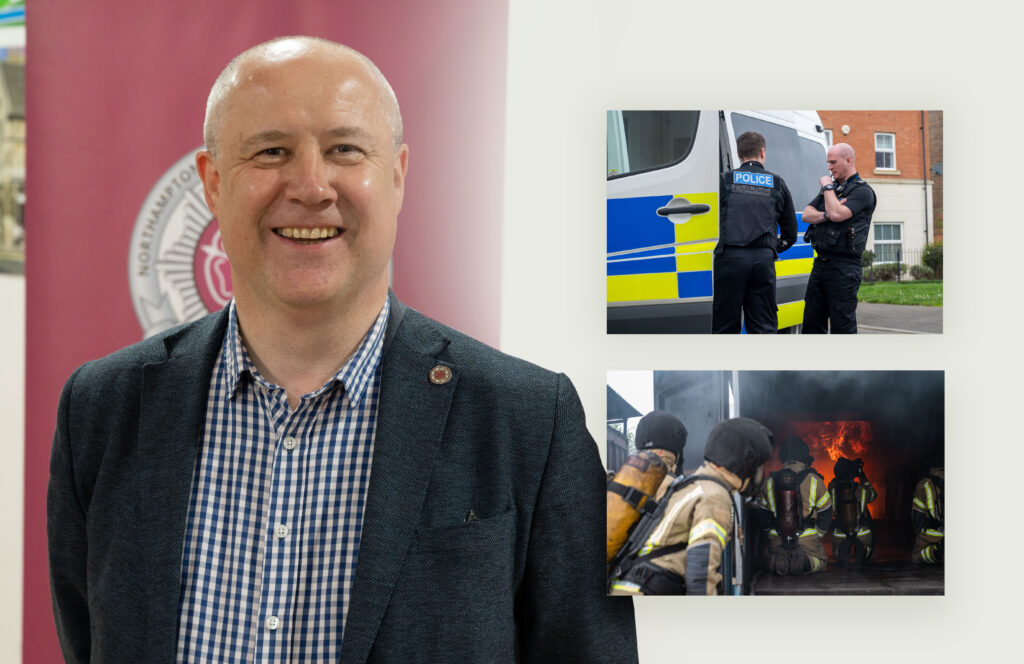 Time is running out for residents of North Northamptonshire to share their views on how much council tax they would be willing to pay for police and fire services in the county.

Stephen Mold, the Northamptonshire Police, Fire and Crime Commissioner, launched a consultation in December on increasing the precepts that residents will pay to police and fire as part of their council tax bill.

There are just a few days left for residents to register their thoughts, and Mr Mold is looking for more residents in the north of the county – including in Corby, Kettering and Wellingborough – to fill in the consultation and let him know what they think.

Mr Mold said: “This year I’m proposing to increase the police precept by £10 for an average band D property, which is lower than the level of inflation.

“Council tax in recent years has helped us to invest so that by March next year we will have 1,500 officers on our streets, more than ever before. An increase of £10 would go some way to sustaining that increase.

“I’m also recommending that we increase the fire precept by £5. In recent years Northants Fire has been the second lowest funded service in the country, and my proposal will hopefully give it a more stable financial position from which it can grow and continue to improve and modernise.”

The PFCC sets the budget for both Northamptonshire Fire and Rescue Service and Northamptonshire Police. The budgets are made up from money raised from central government grants and the policing and fire precepts, which are part of the council tax.

The consultation is asking residents if they would be happy or not to pay the amounts proposed by the Commissioner, or if they would even be willing to pay more to increase the amount of funding the organisations would get.

Mr Mold added: “I know this is another challenging year and the financial decisions that I have to make will be tougher than ever.

“People have clearly told me that they want to see more police officers in their neighbourhoods, and that they want fire services that are able to respond quickly when needed.

“So far during the consultation the majority of responses we’ve had have been from Northampton and the South Northants area, so I’m very much keen to hear from residents in the North of the county and to listen to their views.”

The consultation runs until 11.59pm on Sunday (January 16) and can be found at www.northantspfcc.org.uk/public-budget-consultation-2022/