It only takes one community to say “enough”

Organisations across Northamptonshire have come together to say “it only takes one community to say enough is enough” to violence against women. 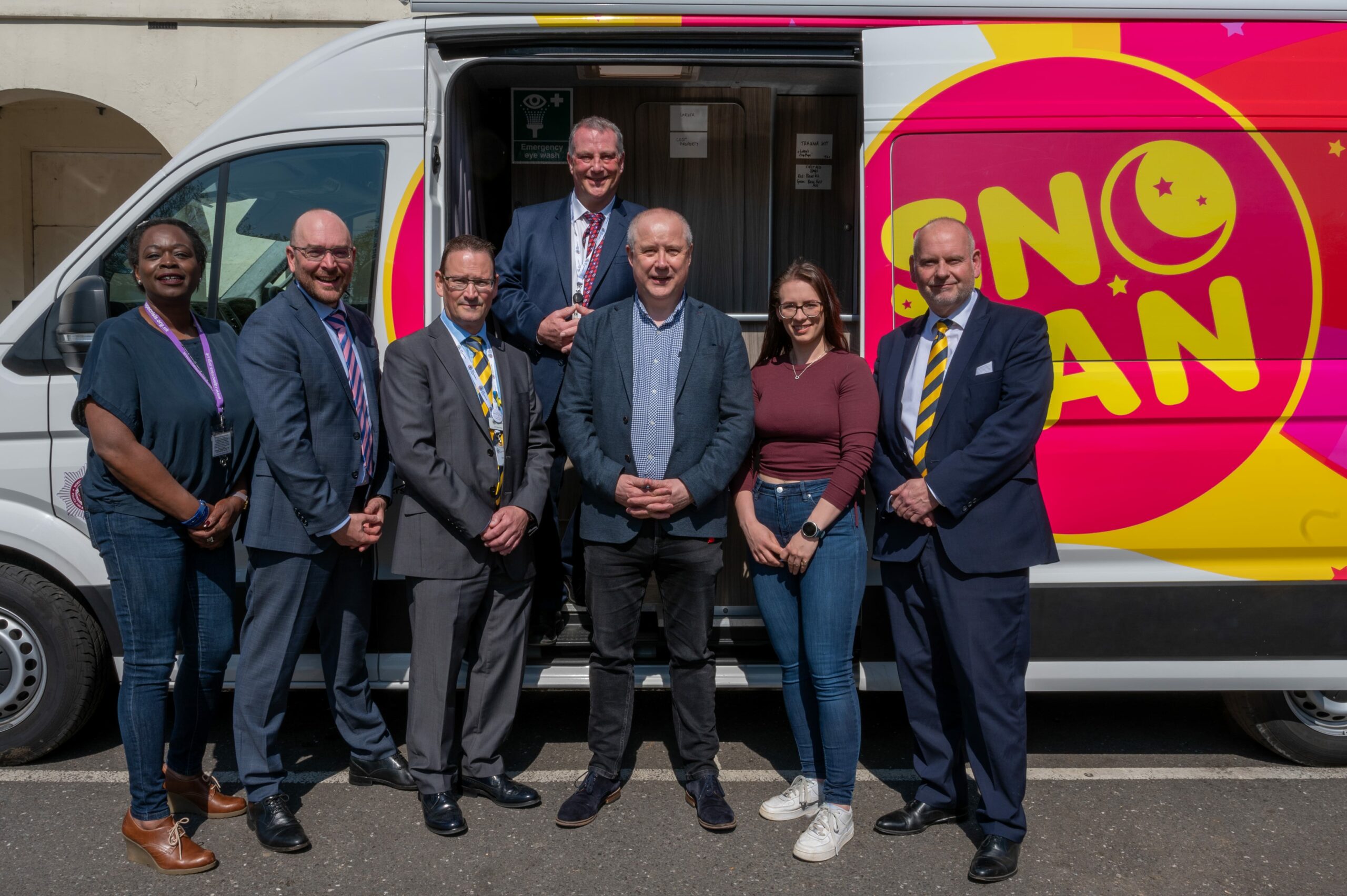 Central to the programme is a new countywide communications campaign that will raise awareness of all forms of harassment and violence against women and highlight that it only takes one person to say enough is enough to challenge the attitudes and inappropriate behaviours of some men.

Central to the programme is a new countywide communications campaign that will raise awareness of all forms of harassment and violence against women and highlight that it only takes one person to say enough is enough to challenge the attitudes and inappropriate behaviours of some men.

The communications campaign will include advertising, social media, and billboards in the first phase, to highlight the different forms that harassment and encourage bystanders to offer support safely and appropriately.

A new website for Northamptonshire – www.itonlytakesone.org.uk – will provide information, signpost to agencies that offer support and encourage men to have a conversation about attitudes towards women and the impact harassment and abuse has on their lives.

Suzy Keeping is owner and director of two town centre venues, the Picturedrome and the Old White Hart, whose staff have all completed the Shout Up training. Suzy said: “I don’t think I know a woman who hasn’t experienced something nasty – let’s not pretend it doesn’t happen to every woman, it does. We think that’s how it is. But I am 100% up for helping to make a change and that is why our staff have taken part in Shout Up.”

Northamptonshire Police, Fire and Crime Commissioner Stephen Mold praised the businesses and organisations that have come together.  He said: “Enough really is enough: it only takes one person to reach out, offer support, tell a friend to cut out the inappropriate comments. Together we can put a stop to sexual harassment, and that can only make

Work has concluded on a scheme to improve safety for residents in the Hemmingwell estate of Wellingborough.

The Office of the Police, Fire and Crime Commissioner successfully bid for more than £400,000 in funding last year in the second round of Safer Streets funding by the Home Office – and began works in enhancing security in the area in autumn 2021.

Much of the work has focused on new and more secure doors being fitted at more than 300 properties on the estate, in partnership with Greatwell Homes. The investment means that the majority of homes on Gannet Lane and Fulmar Lane have benefitted from new front and back doors.

And more than £40,000 worth of home security products – including bike locks, timer switches and shed alarms – were handed out to residents who attended five community events in 2021.

This is on top of 10 new CCTV cameras that have been added to extend coverage in the area, as well as several environmental improvements such as the removal of derelict garage blocks and cutting back trees to improve visibility.

Stephen Mold, the Police, Fire and Crime Commissioner, said: “The work in Hemmingwell has been taking place over a number of months, and it’s very satisfying to see everything now finished and up and running.

“When I’ve visited Hemmingwell it’s been great to speak to residents, who have told me that they’re so glad that the estate has been invested in.

“We’ve now invested more than £2 million of Safer Streets funding in Northamptonshire in the last two years, and it’s made a real difference for the communities that have received it.”

Free County Lines and Child Criminal Exploitation (CCE) awareness events are being made available to parents and carers in Northamptonshire during May, July, and October this year – the next online session is planned for Tuesday 17 May.

These interactive, virtual events enable participants to learn more about how to keep their children safe from criminals who exploit young people.

The webinars, funded by the Office of the Police, Fire and Crime Commissioner, are an opportunity for parents and carers to learn from a panel of experts what criminal exploitation is and how to spot signs it may be happening to their child.

The audience will have the opportunity to ask questions, share concerns and connect with others.

County Lines is a form of criminal exploitation in which criminals groom and manipulate children into committing illegal or criminal acts on their behalf, such as drug dealing – meaning the youngsters do most of the work and take the most risk.

Police, Fire and Crime Commissioner Stephen Mold, said: “I am really pleased parents will be able to access these
valuable webinars. I want as many parents, carers, and professionals who work with children and young people as possible, to be aware of this information.”

To register for the next webinar on Tuesday 17 May visit www.northantsparentwebinar.eventbrite.com

Burglaries down by half in three years

The number of household burglaries in Northamptonshire has halved over the last three years, thanks to police Operation Crooked.

The dedicated burglary team was put in place in April 2019 following investment from Northamptonshire Police, Fire and Crime Commissioner Stephen Mold, who wanted to see a better service and improved response to the crime of burglary.

Over the past three years, two dedicated Burglary Teams, that cover the north and the west of the county, have ensured that every victim of burglary in Northamptonshire gets a visit from the police.  The Teams have also worked hard to improve the quality of burglary investigations, processing forensic hits, and targeting wanted people, gathering intelligence to prevent burglaries before they happen.

As a result, in the three years since the launch of Operation Crooked, household burglary has reduced by 50.9%, meaning that there are 2,500 fewer victims of burglary each year.

The Operation Crooked Teams have also been responsible for hundreds of arrests.

Stephen Mold, Northamptonshire Police, Fire and Crime Commissioner, said: “People told me they wanted the police to address crimes that really affected their community, with burglary high on the list. It is fantastic to see that the number of burglaries dramatically reduced, and this shows how effective the new approach has been.

“It was also a big priority for me to ensure that a better service was provided to victims of domestic burglary, and Op Crooked and the two burglary teams in CID are meeting the challenge to ensure that every victim of burglary receives a visit from Northamptonshire Police.”

Police, Fire and Crime Commissioner Stephen Mold joined Northants Search and Rescue (NSAR) as the volunteers were put through their paces in a scenario training exercise. 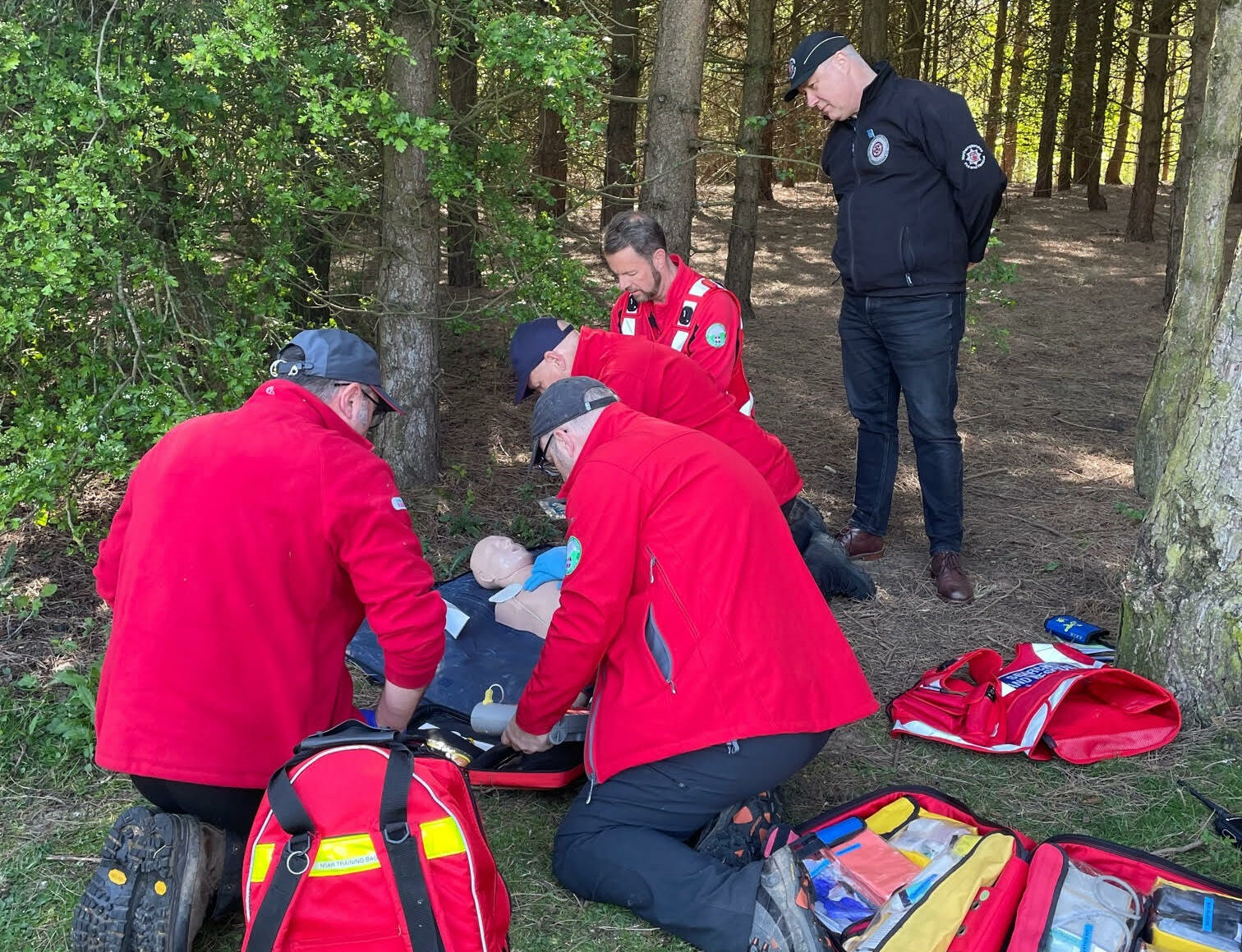 The visit follows a new agreement between NSAR and Northamptonshire Fire and Rescue Service that reinforces the partnership between the two organisations. The agreement provides a framework to improve joint activity and will increase response capacity when attending incidents, such as water rescues and large-scale searches.

The Commissioner, who is a strong advocate of collaborative working, has already provided funding to NSAR to equip their new rescue vehicle with essential tools to improve their rescue capability.

Police Fire and Crime Commissioner, Stephen Mold, said: “The search and rescue volunteers play a crucial role in keeping our county safe. I saw first-hand their expertise and professionalism in managing a challenging situation at the training exercise and the funding already awarded and the formalised partnership agreement with the fire service are important steps in strengthening and supporting our ability to collectively respond to incidents such as large-scale flooding, missing persons and rescues.”

NSAR Search Manager, Neil Balderson, said: “We have been working hard to make sure all our services meet the rigorous standards set by the police initially and now by the fire service, and we look forward to working more closely to support them and the people of Northamptonshire whenever the need arises.”

The Knife Angel sculpture has arrived in Northampton and during its stay it will be the focal point for a month of activities aimed at raising awareness of the impact of knife and violent crime. 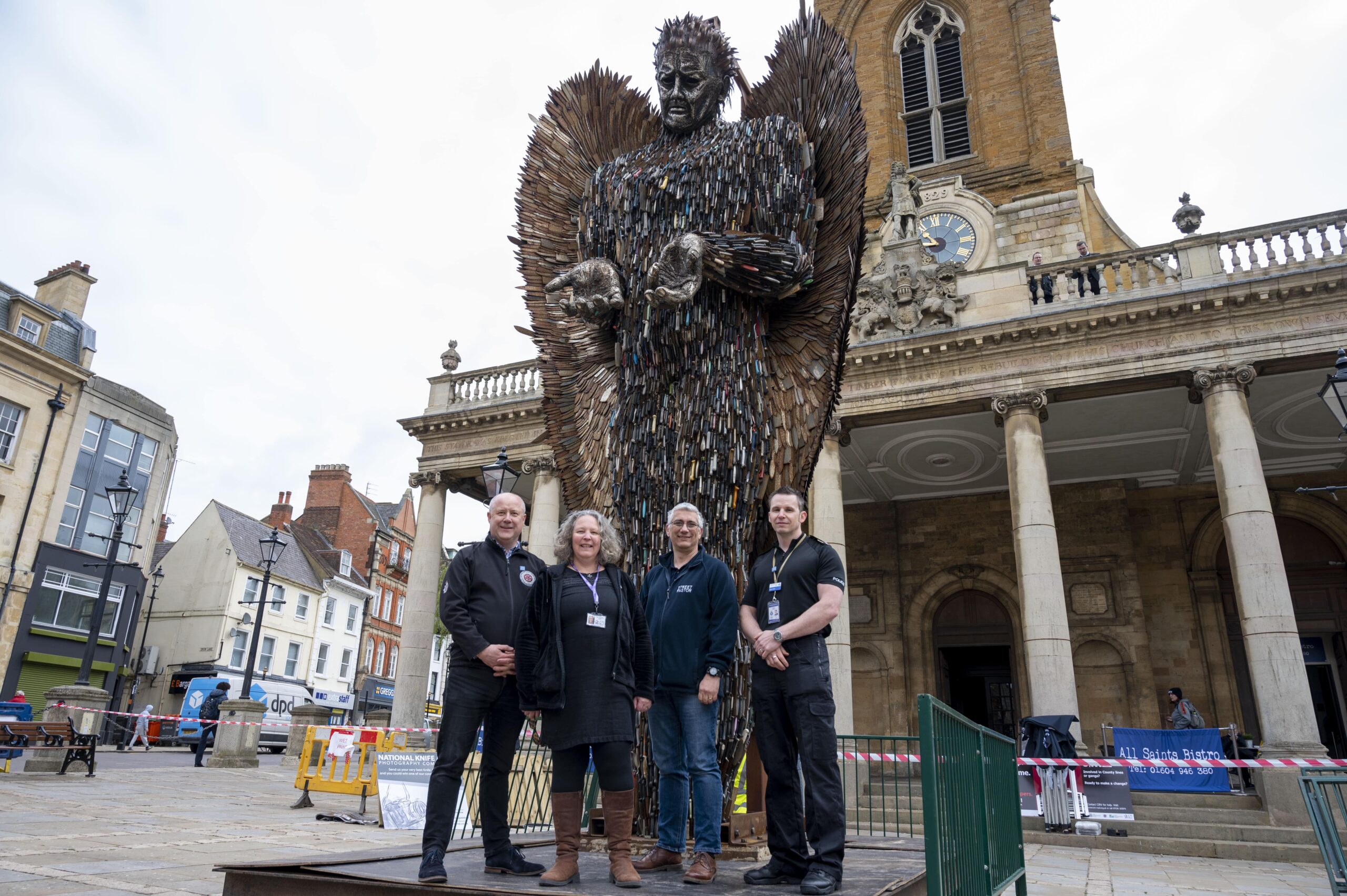 The 27-foot-tall statue, crafted from 100,000 knives, is in front of All Saints Church in the centre of Northampton until May 14, when it will be transported to Corby via a brief stop in Wellingborough. From May 15 to 29, the Knife Angel will be in Willow Place, Corby.

Police, Fire and Crime Commissioner Stephen Mold, said: “We know that knife crime causes fear and anxiety, and my hope is that the Knife Angel will spark conversations, increase engagement and raise awareness of the consequences that knife, and violent crime have on communities and to young people.

“I have pledged to use early intervention and prevention initiatives to tackle the root causes of knife crime in Northamptonshire.”

Chief Executive Officer at C2C Social Action, Angie Kennedy, said: “The success of the visit is hinged on joined up thinking, working in partnership and working across the unitary councils to highlight the awesome work that is already being done. We can’t do this as individuals. We must talk to each other and work together to improve the county we live in.”

Preparing for the worst

Emergency services including fire and the police joined forces to take part in a mock-up road traffic collision exercise. 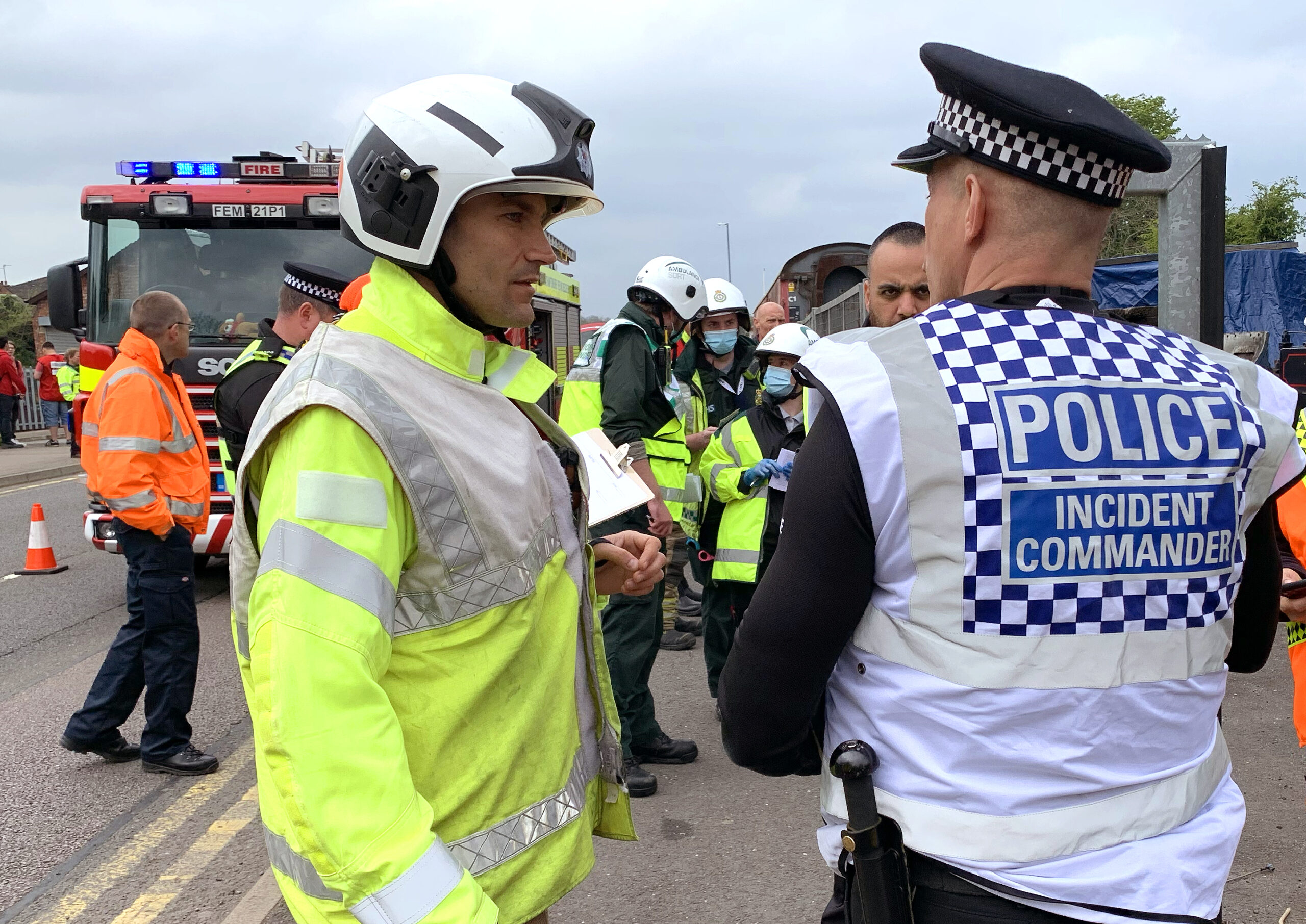 The drill took place on April 23 at Rushden Transport Museum and Railway and involved a simulated two vehicle accident, with one colliding into a train carrying flammable materials.

The exercise helped each agency to work collaboratively and strategically to use their specialist skills and equipment to safely release and ‘save the lives’ of volunteer casualties. It was organised by the fire crew at Rushden and included personnel from EMAS, British Transport Police and the Rushden Neighbourhood Policing Team.

Rushden Fire Station Commander Craig Douglas said: “It enables each organisation to ensure everyone is confident in the role they play, should they encounter a similar live situation.”