First new fire engines in a decade added to fleet

Four new fire engines are now ready for the run in Northamptonshire, giving firefighters access to the latest technology and modernising an ageing fleet, some of which is 20 years old. 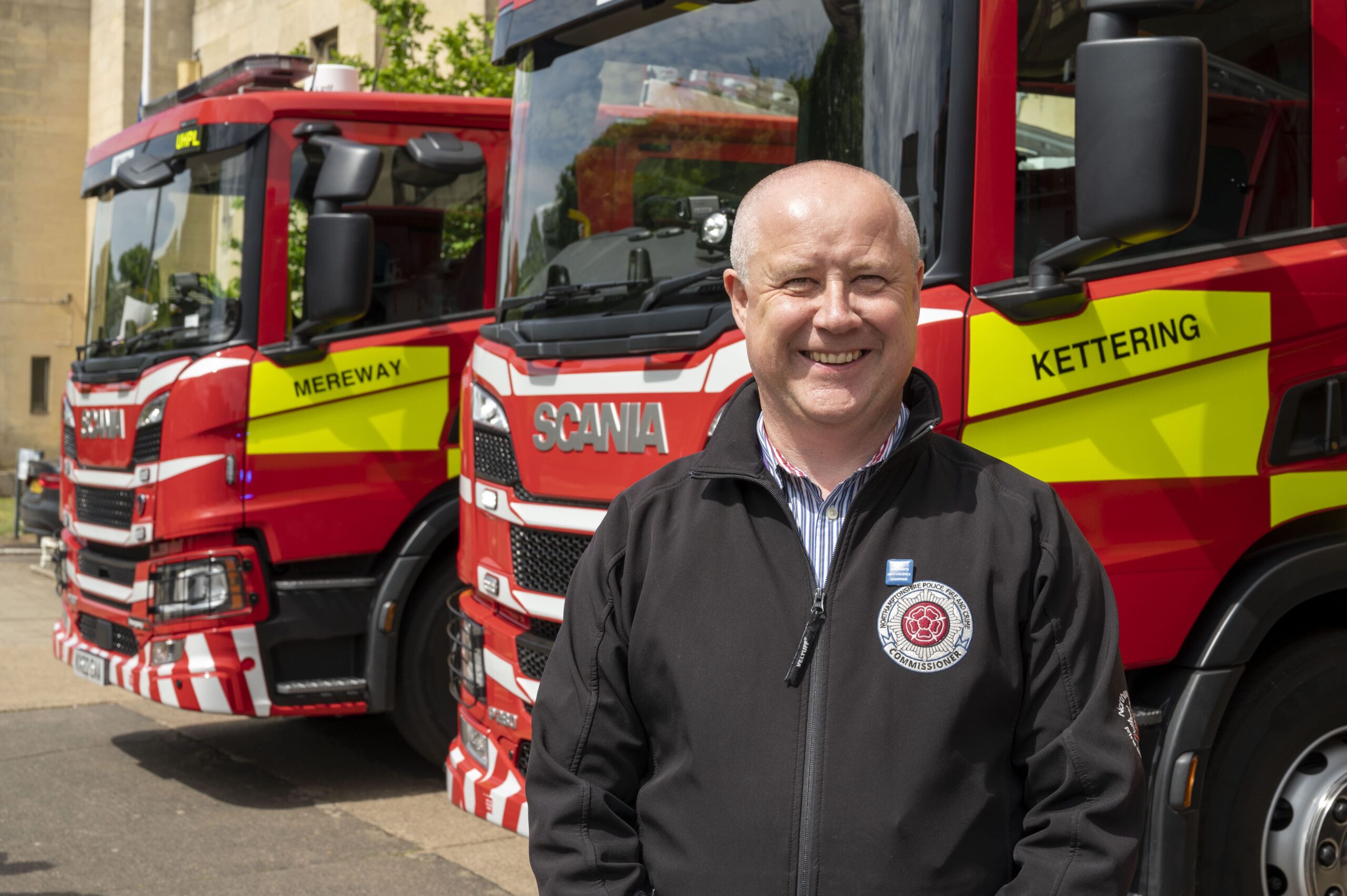 The generation Type B SCANIA appliances are now being used at The Mounts, Moulton, Kettering and Mereway respectively. They mark the first new fire engines for Northamptonshire Fire and Rescue Service in more than a decade.

Three of the engines at the wholetime stations which are being replaced will now replace older appliances at the on-call stations at Guilsborough, Woodford Halse and Rothwell, giving these crews access to ultra-high-pressure capabilities for the first time.

The new fire engines have been designed by the service’s Fleet team with public safety at the forefront of their thinking, as well as providing better crew welfare.

Enhancements include bigger hoses and fuel tanks to help firefighting capability, air conditioning for the cab to help after exposure to high temperatures and new cutting equipment for road traffic collisions.

Four further Type B appliances will be added to the fleet in the coming months, as well as a new aerial appliance for Moulton which will reach a height of 42.3 metres – a significant upgrade on the current 28 metre capability.

Police, Fire and Crime Commissioner Stephen Mold said: “When I took over governance of NFRS from the county council, the aim was to get us into a position where we could stabilise our finances and then be able to invest.

“We lobbied the Government extensively to ensure we got additional funding for the fire service. And we are on a really positive journey, which is why we’ve been able to not only invest in recruiting more firefighters into the organisation, but we’ve also been able to purchase these new engines to give them the best possible kit to ensure they are well trained and well-equipped to keep the county safe.” 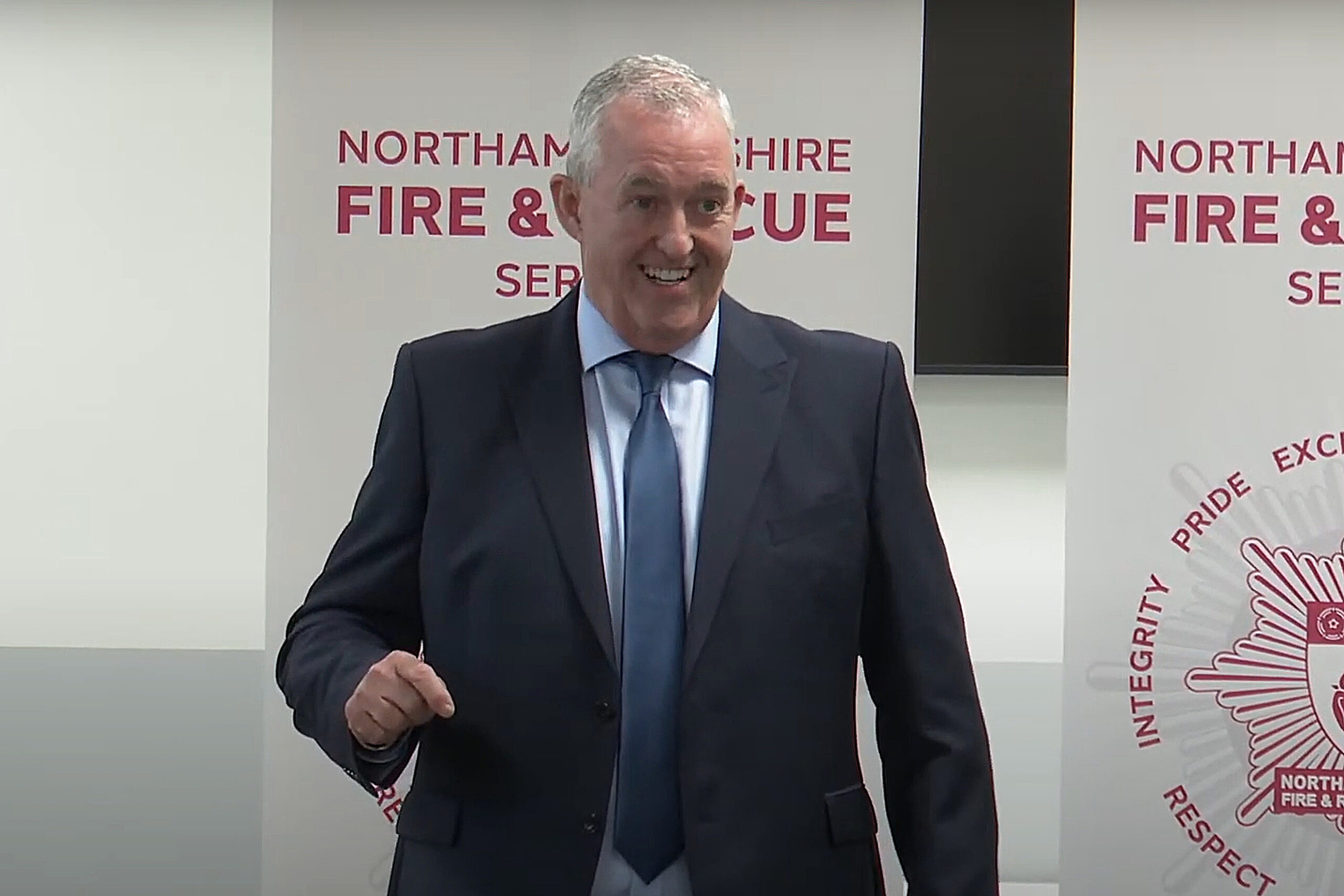 Mark Jones is currently Chief Fire Officer of the South Australian Country Fire Service. His appointment is now subject to confirmation by the Northamptonshire Police, Fire and Crime Panel, which will take place in the next few weeks. If he is confirmed as the next Chief Fire Officer, Mark will take over the reins when Darren Dovey retires from the post in October this year.

Northamptonshire Police, Fire and Crime Commissioner Stephen Mold said: “Northamptonshire Fire and Rescue Service has made great progress since 2019, improving its performance and the way it keeps people safe, beyond all recognition.

“I have no doubt that Mark Jones is the right person to take NFRS forward into the next stage of its development, creating a positive, welcoming culture, embracing change, and taking the undoubted skills of the firefighters and staff to build on the already significant work they do in the broader community safety arena.

“The Police and Crime Panel will now consider whether or not to approve my preferred candidate and I look forward to taking my recommendation to them.”

Help to keep your driving skills updated for life

A road safety event aimed at drivers aged over 60 has been praised for highlighting how they can stay safe on the roads. 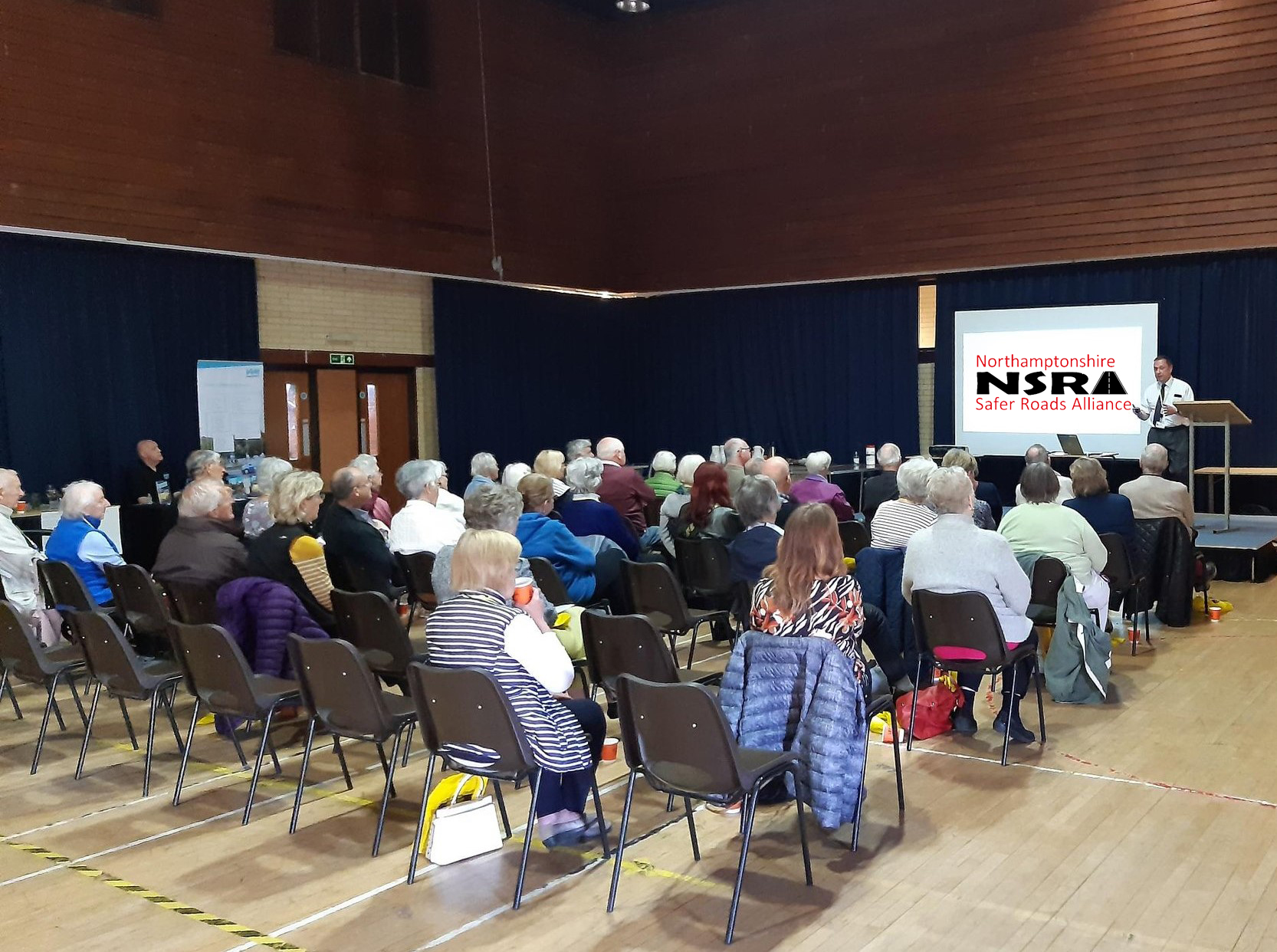 The course highlighted many of the recent changes to the Highway Code, Smart Motorways, drink and drug driving and hazard perception.

The NSRA aims to reduce the number of people killed and seriously injured on the county’s roads, and the Office of the Police, Fire and Crime Commissioner offered funding to provide a limited number of driving assessments with IAM RoadSmart as part of the course.

More than 70 people attended the event over the course of the day, with 20 of these attendees signing up for the free driving assessment with IAM RoadSmart.

Police, Fire and Crime Commissioner Stephen Mold said: “It’s hugely important that people feel safe on our roads. I’d like to thank all those who helped organise the event for giving up their spare time.” 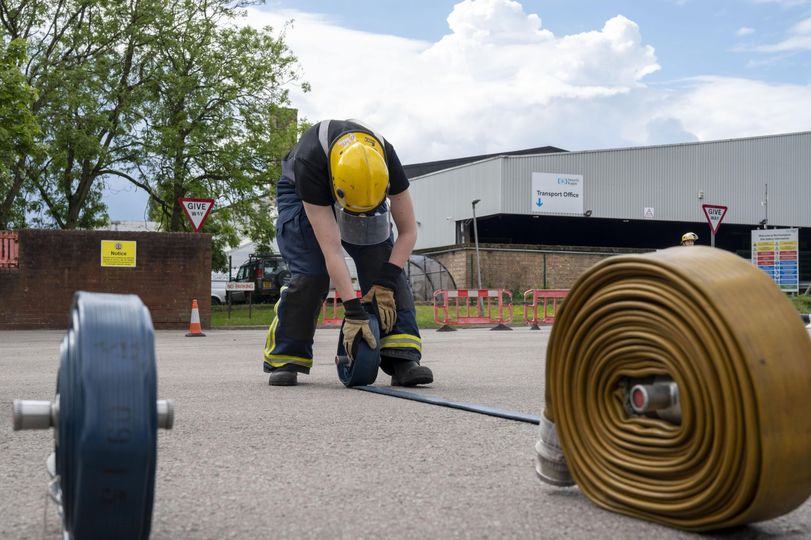 Fire stations across the county will be hosting ‘Have a Go’ sessions for members of the public who are interested in joining Northamptonshire Fire and Rescue Service and want to try some of the job-related assessments that are part of the recruitment process. Attendees will meet operational firefighters for a hands-on experience of what it’s like to be a firefighter.

Details can be found at www.northantsfire.gov.uk

Groups to benefit from grant funding

Six organisations from Northamptonshire have each received a share of almost £30,000 as part of the Police, Fire and Crime Commissioner, Stephen Mold’s Community Grants funding scheme. 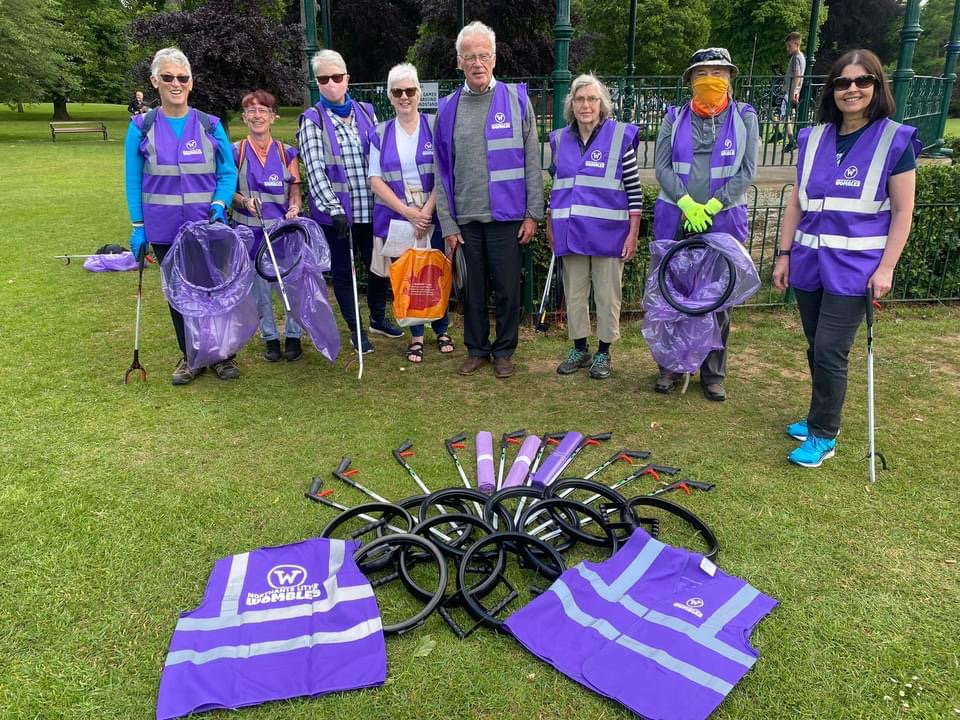 The Community Grants scheme offers financial support of £500 to £10,000 to any charity, voluntary organisation, or community group in the county whose projects align to the priorities detailed in the Commissioner’s current Police, Fire and Crime Plan and benefit the residents of Northamptonshire.

The latest grants have been awarded to:

Three Parish Councils – Bulwick, Clipston and Kelmarsh – have each received funding to improve road safety by installing mobile vehicle activated signs that alert approaching vehicles if they are exceeding the speed limit.

Police, Fire and Crime Commissioner, Stephen Mold said that he was honoured to be able to support groups that are carrying out such vital work in the community.

“Issues that affect our county will not be resolved by one organisation and my vision is to work with communities to make this county safer. I am always humbled to hear of the fantastic groups that go above and beyond to make Northamptonshire a better place in so many ways and it is a privilege to be able to offer support.”

Sally Romain, Chair of Northants Litter Wombles said: “The generous grant provided to the Northants Litter Wombles by the PFCC for Northamptonshire, has been warmly welcomed. We have been able to purchase a significant number of sturdy litter pickers, bag hoops and high visibility jackets.  Equipment has already been presented to the Abington Park Litter Pickers Group in Northampton and to the Kettering Wombles.

“The grant has also helped us to kick start our educational program in Northamptonshire Primary Schools. Our vision is to hand out materials and equipment to school children, to create the next generation of custodians to make Northamptonshire a great place to live, learn, work and relax.”

If you are interested in applying for one of the Community Grants, please visit www.northantspfcc.org.uk

Fleet and estate that are fit for the future

Increasing energy costs are very much on everyone’s mind and ensuring that the estate and fleet of Northamptonshire Police and Northamptonshire Fire and Rescue service are affordable into the future is very important. 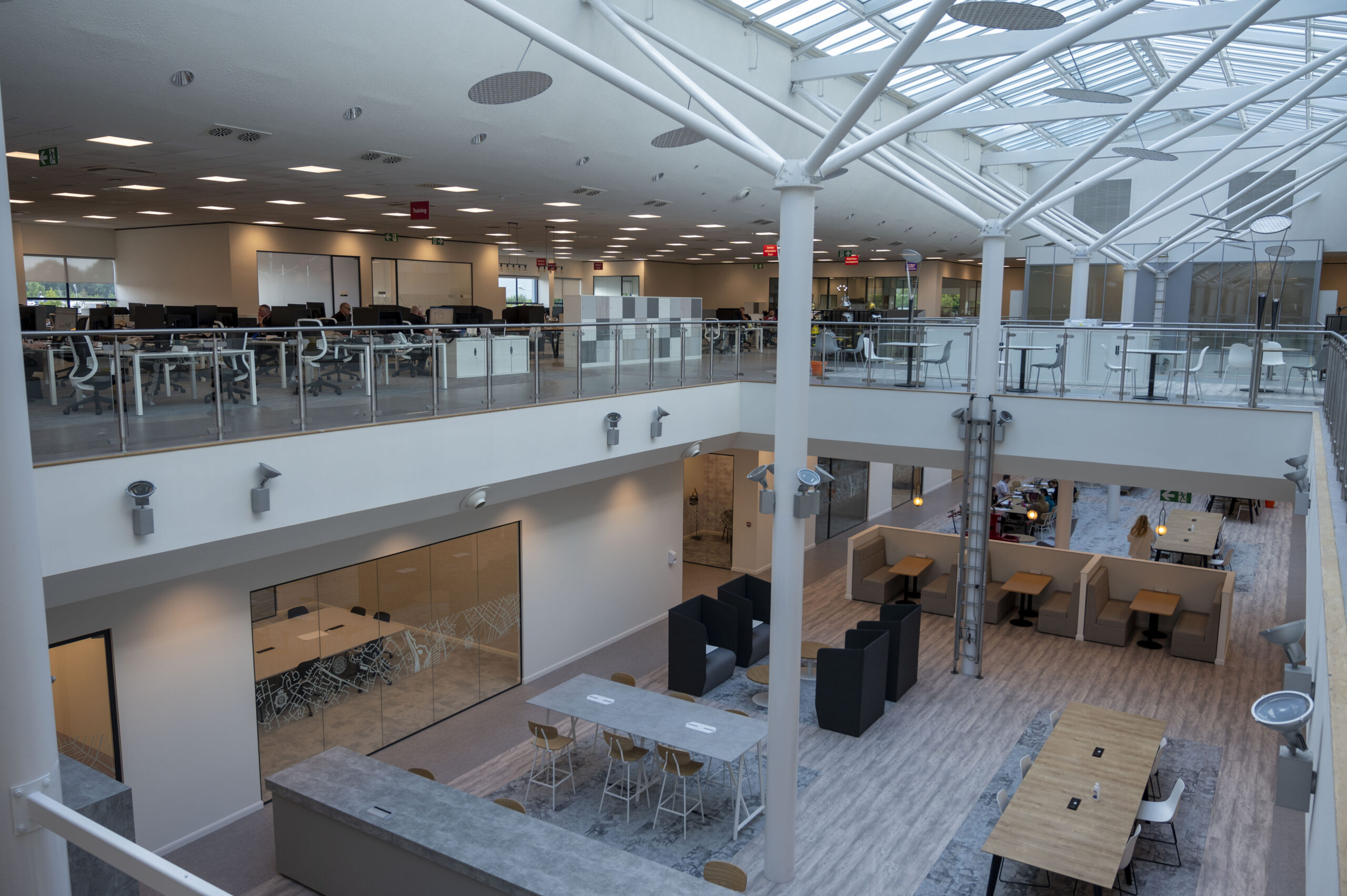 Darby House in Wellingborough is the flagship shared building for the Commissioner, the Police and Fire services. When the building was purchased in 2020, it had an energy rating certificate of E – much below average but typical for a commercial building of its age. There was potential to improve however, and the building now has an energy rating of A+, which is the highest possible.

During the refurbishment of Darby House:

95% of waste that we removed from the building was recycled

80% of the contractors travelled less than 40 miles to the site, with 30% participating in a covid-safe car share

The refit was as sustainable as possible, including:

Sustainability Forum to support next steps 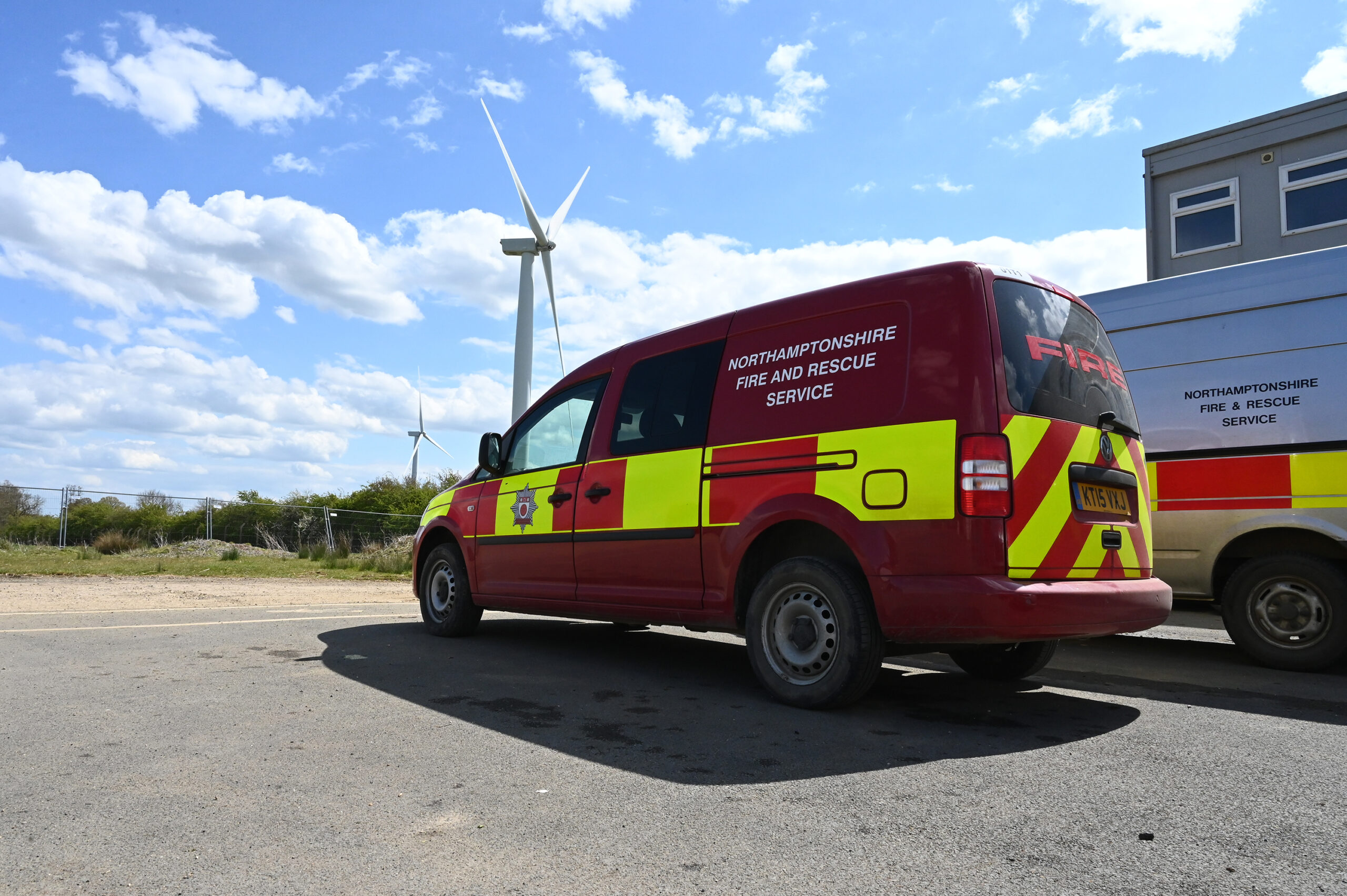 The Government has set a goal of 2030 to have an established roadmap of how businesses, including public sector organisations, will be working towards becoming carbon neutral by 2050, so work needs to begin now for both organisations to refine their strategies for the future sustainability of their fleet, equipment, and estate.

Suppliers who also attended the Forum to showcase their work in these markets included Skoda, who demonstrated their hybrid vehicles and Terberg Special Vehicles, who displayed a fire truck that reduces its carbon footprint while attending incidents.

Fleur Winters, Commercial Engagement Partner for police, fire and the OPFCC, said: “We are the first fire and police service to host such an event and we are leading in this area nationally.”