Have your say on police and fire precept

Northamptonshire Police, Fire and Crime Commissioner Stephen Mold is asking for your views on the level of council tax precept for policing and fire and rescue services next year. 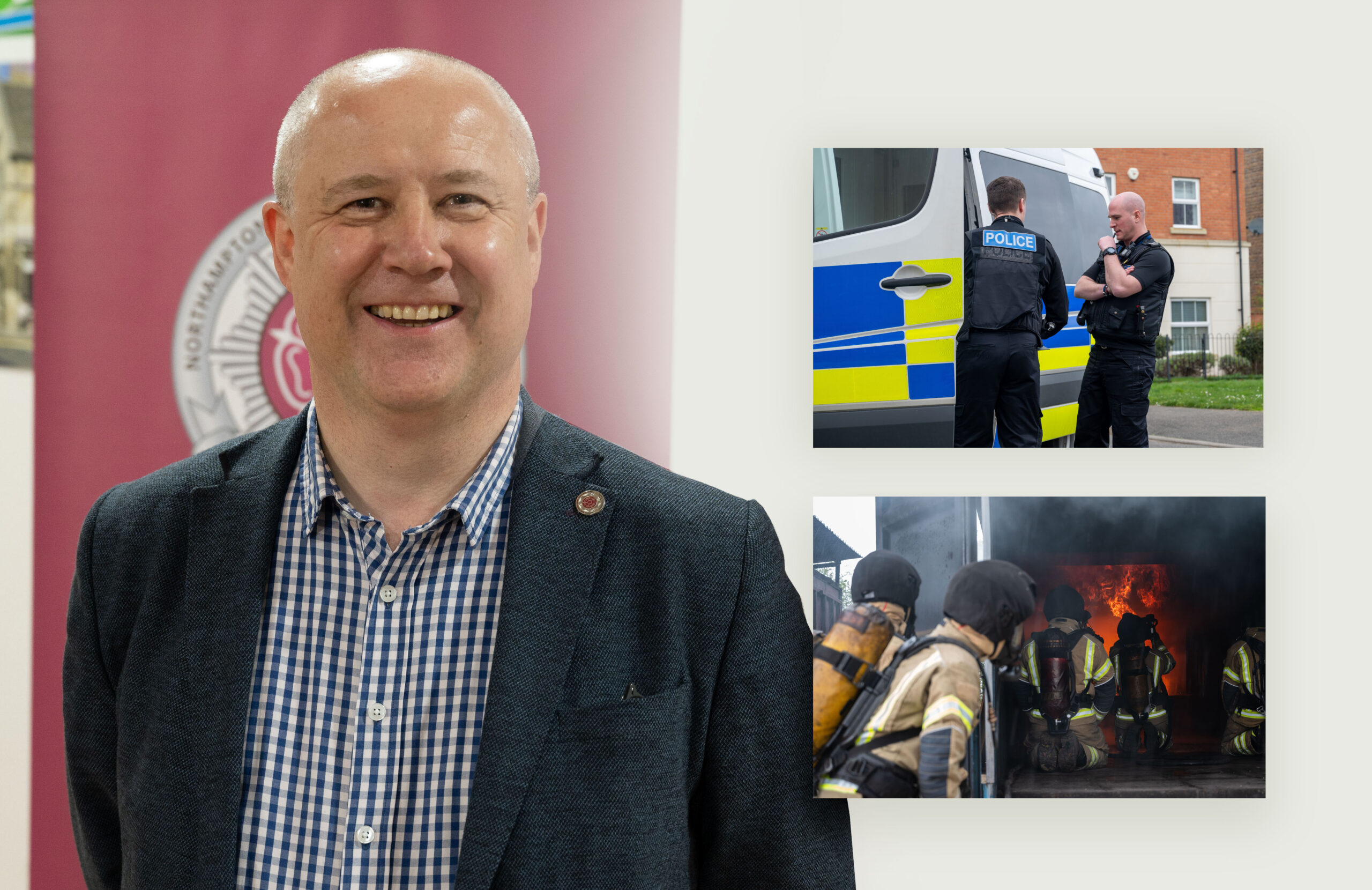 The budgets for Northamptonshire Fire and Rescue Service and Northamptonshire Police are made up from central government grants and the policing and fire precepts, which are part of the local council tax.

This year, the Government is expecting Commissioners across the country to raise the policing precept by £10 a year for the next three years.

An increase of that level is lower than inflation but would allow the investments that have been made over the last five years to be sustained. These investments have included giving Northamptonshire Police more officers than it has ever had, up from 1170 to around 1500 by March 2023.

The Police, Fire and Crime Commissioner has been given flexibility to ask for an additional £5 a year – less than 10p a week – for Northamptonshire Fire and Rescue Service, because it is one of the lowest-funded in the country.

A £5 a year increase would bring financial stability so that the Fire and Rescue Service can plan to modernise and extend the work it does to keep the community safe.

Now Police, Fire and Crime Commissioner Stephen Mold is asking the public for their views on the level of council tax they would pay so that the improvements that have been made in both services can be sustained into the future.  The consultation opened on December 20 and runs until 11.59pm on 16 January 2022. It can be found at northantspfcc.org.uk

Stephen Mold said: “I recently asked the public to tell me their priorities for fire and policing and overwhelmingly, they said that visible and effective response from the two emergency services is most important to them.

“People have clearly told me that they want to see more police officers in their neighbourhoods, and that they want fire services that are able to respond quickly when needed.

“I know this is another challenging year and the financial decisions that I have to make will be tougher than ever, so I want to hear what people have to say about funding their local police and fire services.” 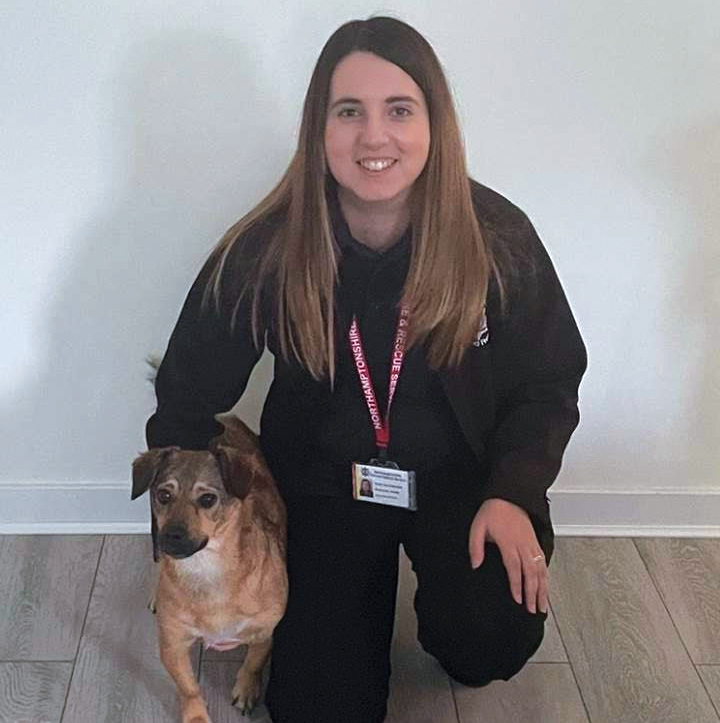 Sonia’s role is to work with members of the public who need support to make their home safe and prevent fire, perhaps because of hoarding, or through alcohol dependency.

After a referral from one of NFRS’s Home Fire Safety Advisors, Sonia will visit someone’s home, assess the fire risk, and then see what she can do to help, including asking for the involvement of social services or environmental health.

Sonia said: “Sometimes it’s teaching people basic life skills. Many will not have had a positive role model in their life, so the behaviour is repetitive, and I do everything I can to break the cycle.  I can sometimes be the only contact an isolated person has, so quite often I stay in touch. It’s so rewarding to play a small part in someone building their life back up.”

A draft strategy for the next three years has outlined how Northamptonshire Fire and Rescue Service will keep communities safe and tackle potential risks – and residents are being asked to share their views on it.

The new Community Risk Management Plan (CRMP) has taken a detailed look at what risks are present in Northamptonshire and identifies how NFRS can provide an outstanding service and deploy resources to reduce those risks and make the county a safer place for everyone.

Firefighters from 22 stations, plus teams from the Prevention and Protection departments, deal with a whole host of risks that have been identified in the Plan, made more challenging by Northamptonshire being one of the fastest growing counties in the country yet still being a significantly rural area. As well as fires at domestic and commercial properties, other risks identified include the county being at the heart of the country’s strategic road network, a sharp growth in the number of logistic hubs, and many waterways and rivers.

The Green Agenda
Ensuring that NFRS considers environmental risks such as flooding and wildfires, while also attempting to become greener through a more efficient estate and vehicles within its fleet.

Emergency cover review
Taking a detailed look at how resources are managed.

Stephen Mold said: “The Community Risk Management Plan plays a major role in driving forward improvements and outlines our strategy on how we transform the Service and ensure that this county remains a safe place for everyone to work and live in.”

Chief Fire Officer Darren Dovey added: “Over recent years we have been moving away from being a responsive service to having a greater focus on prevention and protection. The Community Risk Management Plan identifies how we can continue to evolve, recognise the risks and ensure we reduce those risks in the most efficient way possible using the resources we have.”

The Community Risk Management Plan consultation ends on January 31, 2022 and can be accessed at northantsfire.gov.uk

SNOvan bringing support to nights out in Northampton

The Police, Fire and Crime Commissioner’s Safer Nights Out van, or SNOvan, has provided a base for volunteers to support hundreds of people in Northampton’s night-time economy since it launched early in December 2021. 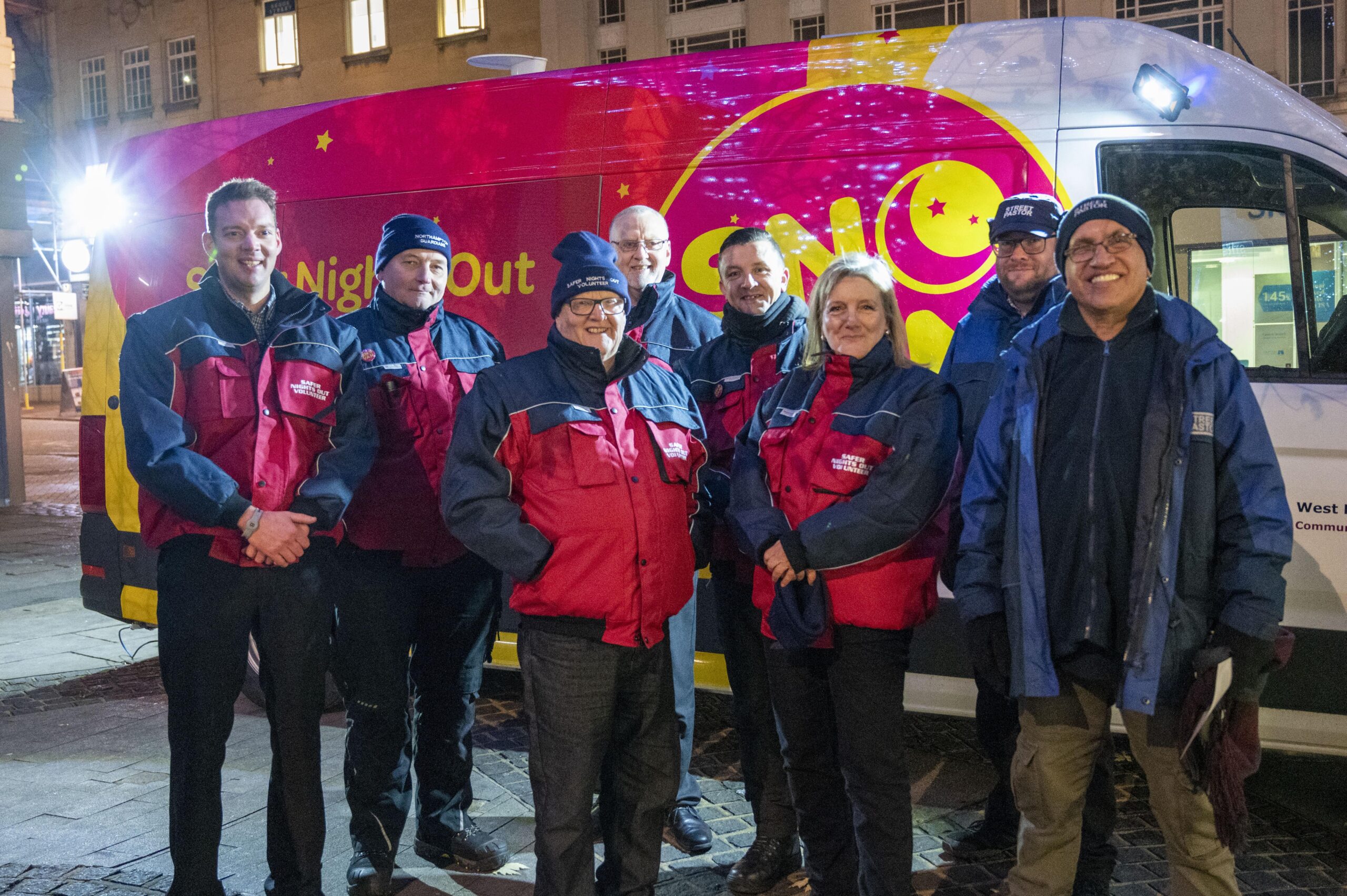 On the first weekend alone, more than 200 people engaged with the SNOvan volunteers who provided help such as warmth and water, first aid, phone charging, or reuniting them with friends.

The SNOvan is used as a hub by more than 13 volunteers from groups including Northampton Guardians and the Street Pastors, who have given more than 500 hours of their time in the first three weeks of operation.

The SNOvan is in Northampton town centre between 10pm and 5am on Fridays and Saturdays.

Police, Fire and Crime Commissioner, Stephen Mold, said: “I want people using the night-time economy, especially women and girls, to feel safe and be safe. The SNOvan is there to help anyone who feels vulnerable on a night out and to keep them safe. I am full of gratitude to the volunteers who have given hundreds of hours of their time to help others.”

Scott Fitzsimmons, volunteer leader of Northampton Guardians, said: “We are working closely with our police colleagues and the ambulance service to really make a difference to the safety of those hitting the town.”

The Youth Outreach Team set up by Northamptonshire Police, Fire and Crime Commissioner Stephen Mold in 2019 has been commended for its work with young people in the north of the county. 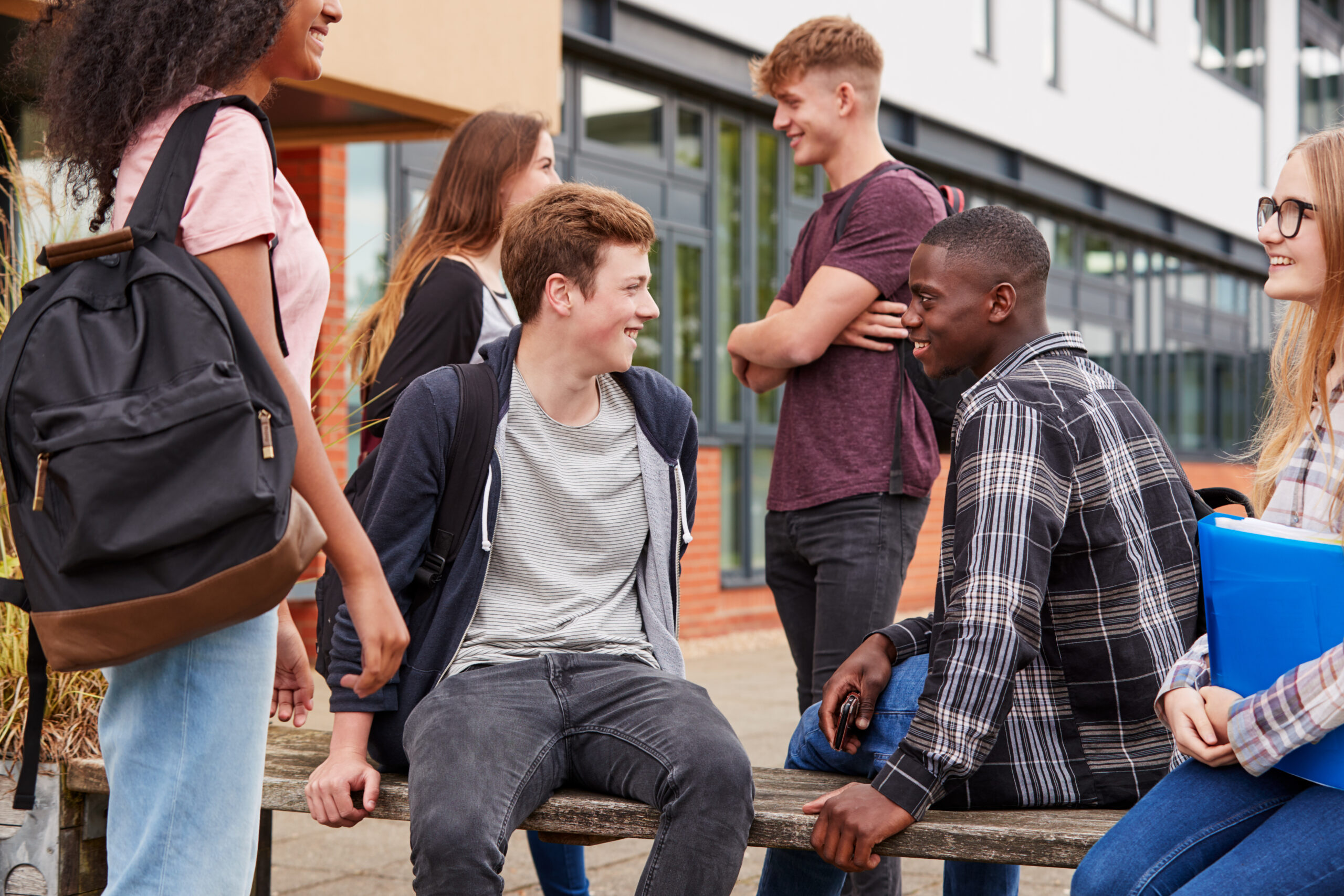 Superintendent Adam Ward, Head of Local Policing for North Northamptonshire, has now given the Youth Team a formal commendation for helping to transform the lives of young people who are in most need of support.

The Youth Outreach Team has helped young people have a voice and an opportunity to explain the issues they face in their communities, which has then influenced Policing activity across the county.

They have led on engagement work in Op Revive, aiming to build trust between young people and the police, and have worked with partner agencies to help with engaging school curriculums on neighbourhood issues in North Northamptonshire.

They have also focussed on work to educate young people about the risks of being groomed into a gang and the repercussions of carrying a knife, as well as setting up forums to work with schools in identifying early warning signs of gang involvement.

Superintendent Adam Ward said: “We wanted to formally recognise the group for the excellent work they have done on youth engagement in North Northamptonshire.

“We are getting better levels of youth engagement and intelligence coming through to us than I’ve ever experienced previously, and hopefully this is helping us to build a lasting trust with this generation of young people.”

Northamptonshire Police, Fire and Crime Commissioner, Stephen Mold, added: “Prevention and early intervention is one
of the key priorities of my police, fire and crime plan and the work of our Youth Outreach Team is proving to be vital in delivering that priority.”

Northamptonshire Fire and Rescue Service firefighters and staff are praised in a report from Her Majesty’s Inspectorate for their voluntary work in the COVID pandemic – delivering medicines, driving ambulances, and working at the temporary morgue. 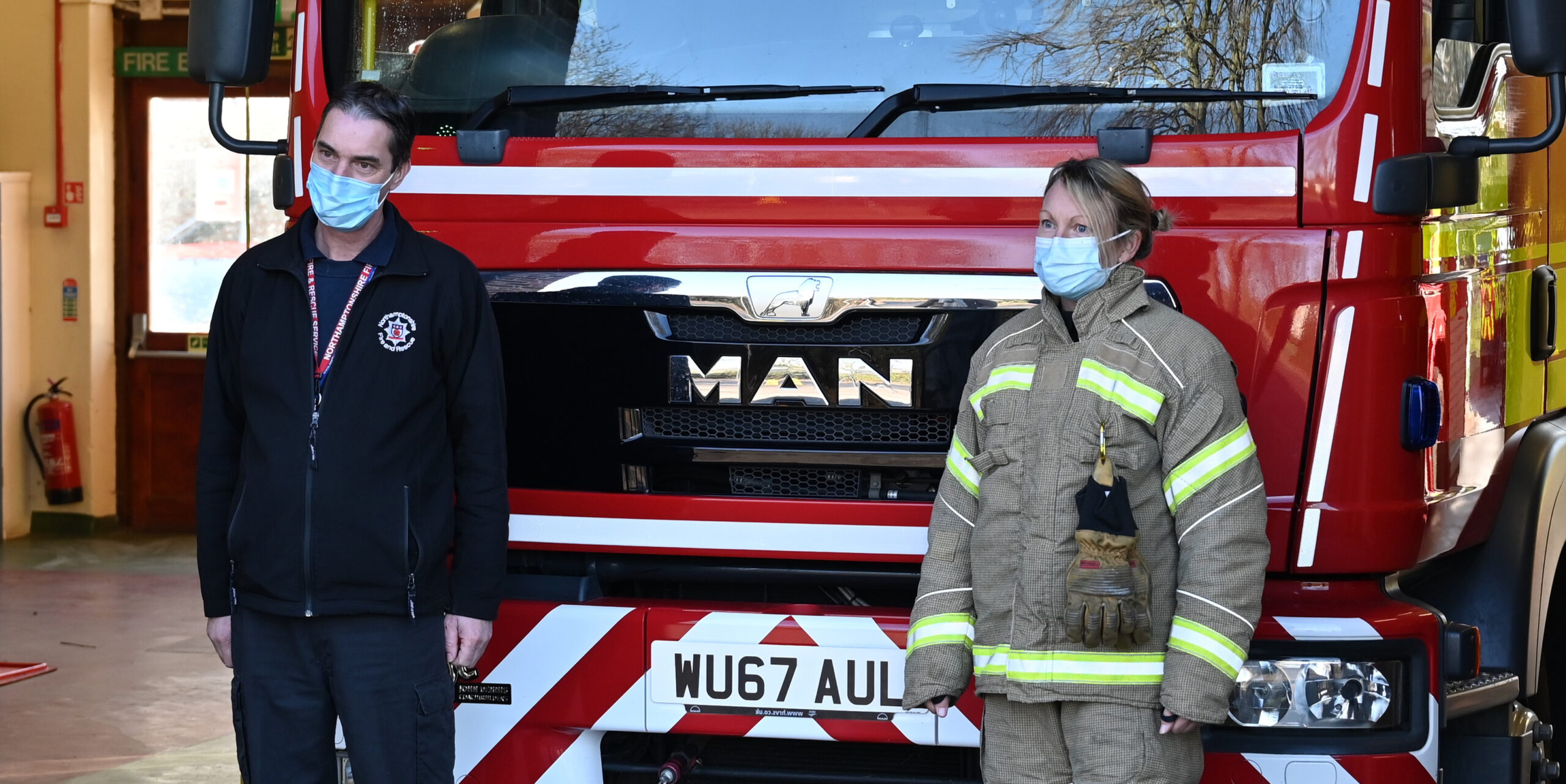 Stephen Mold announces a renewed focus on Neighbourhood Policing, pledging to double numbers of neighbourhood officers and staff over the next 18 months. 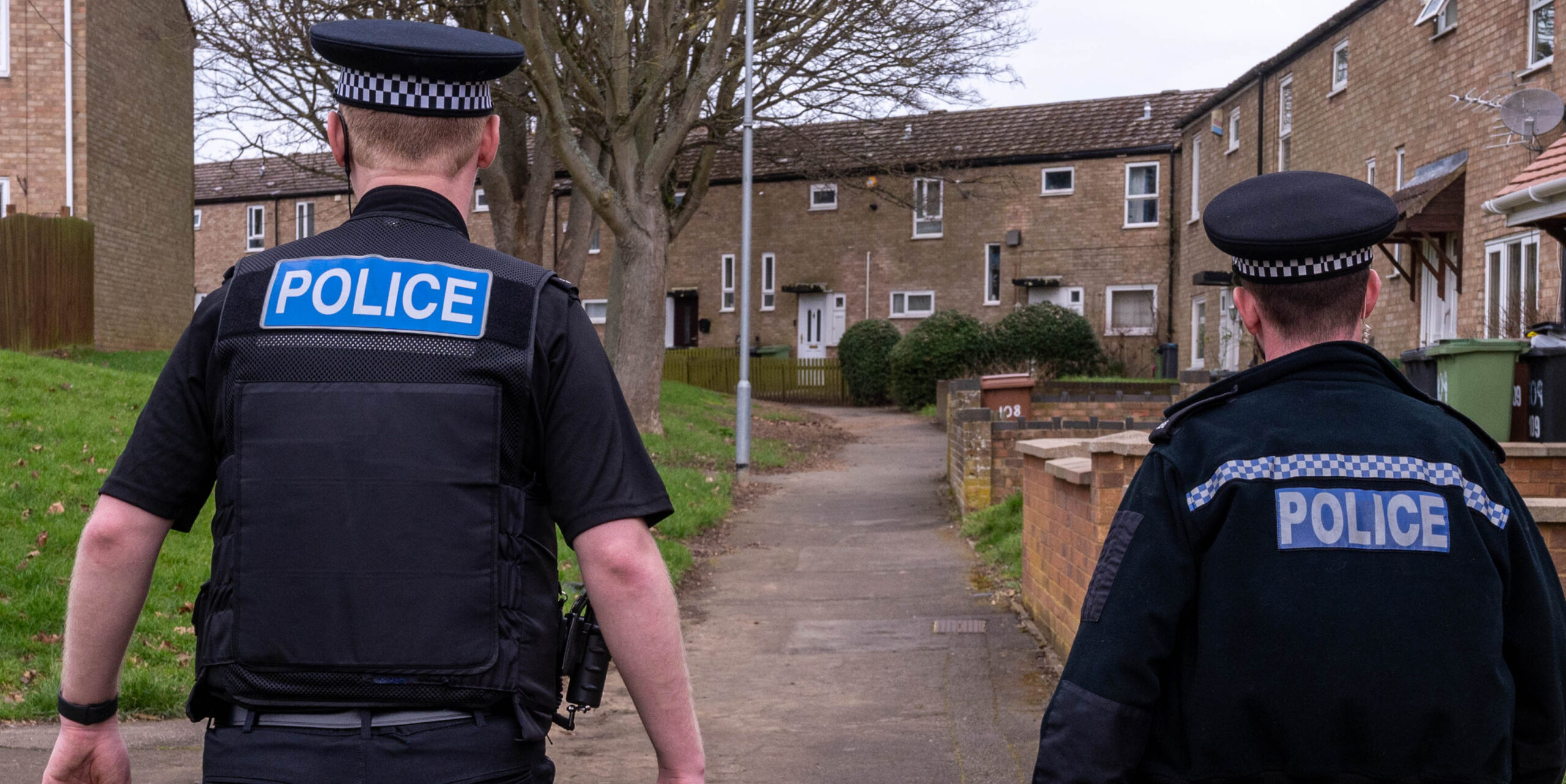 Crime prevention improvement works are completed in parts of Wellingborough, Kettering, and Northampton from the first round of Safer Streets funding – including extra CCTV, new alley gates and free security products for residents. 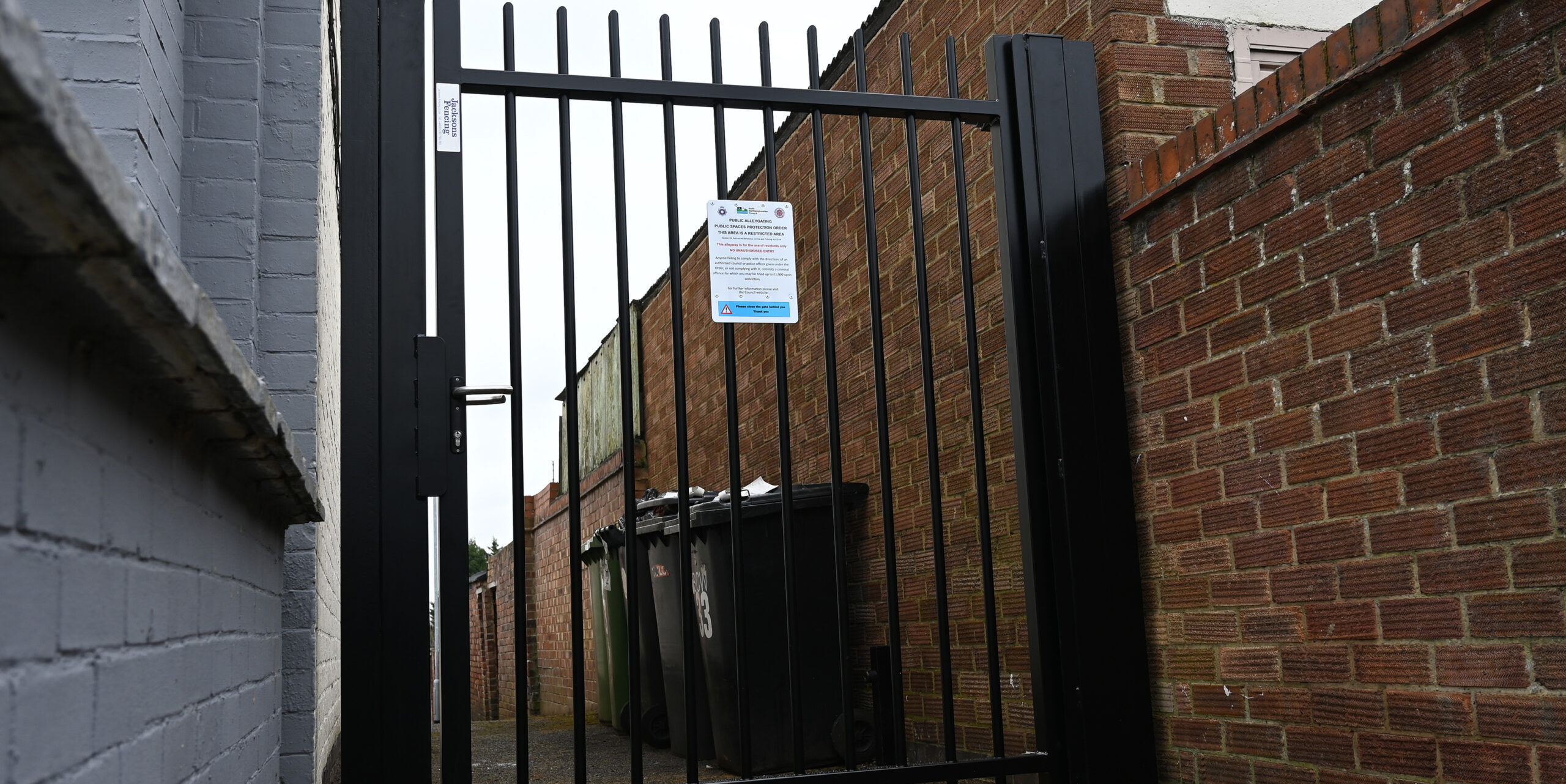 Work quietly continues behind the scenes as Northamptonshire gets ready to head to the polling booths for the local elections next month. 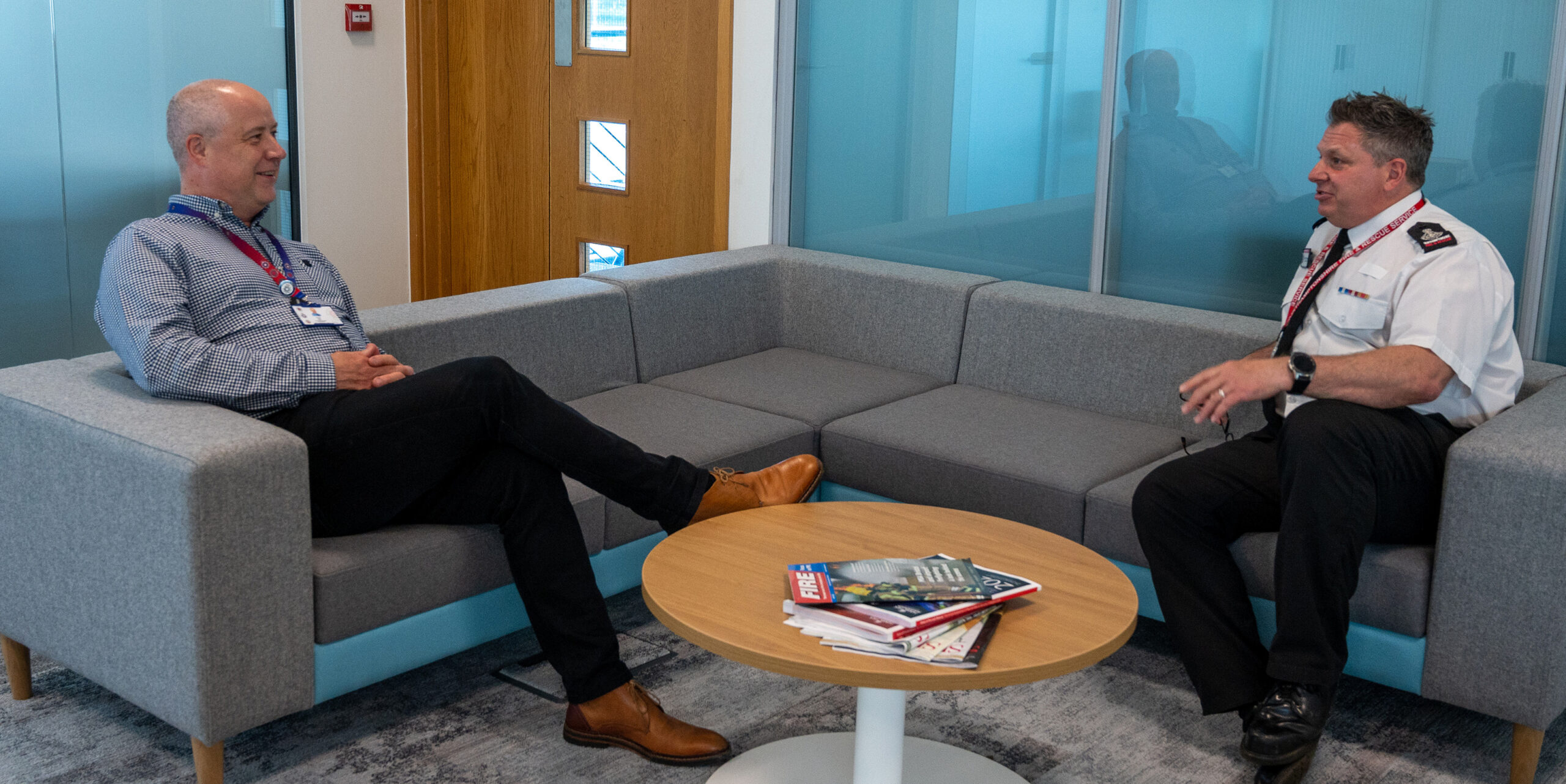 Stephen Mold is re-elected as the Police, Fire and Crime Commissioner for Northamptonshire, securing 102,752 vote. 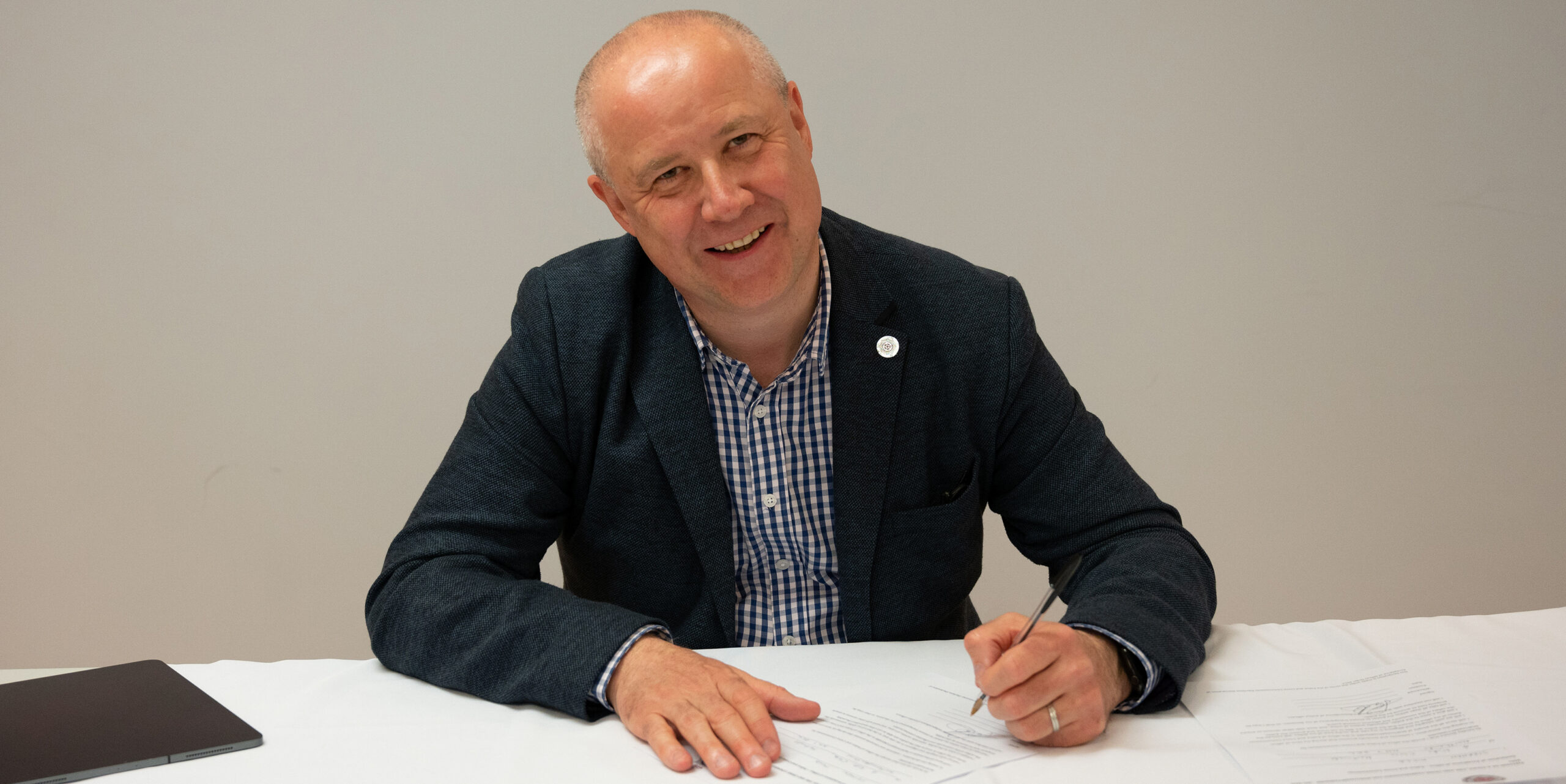 The Commissioner wins £400k in the Second Round of Safer Streets funding from the Home Office to deliver safety improvements on the Hemmingwell estate in Wellingborough. 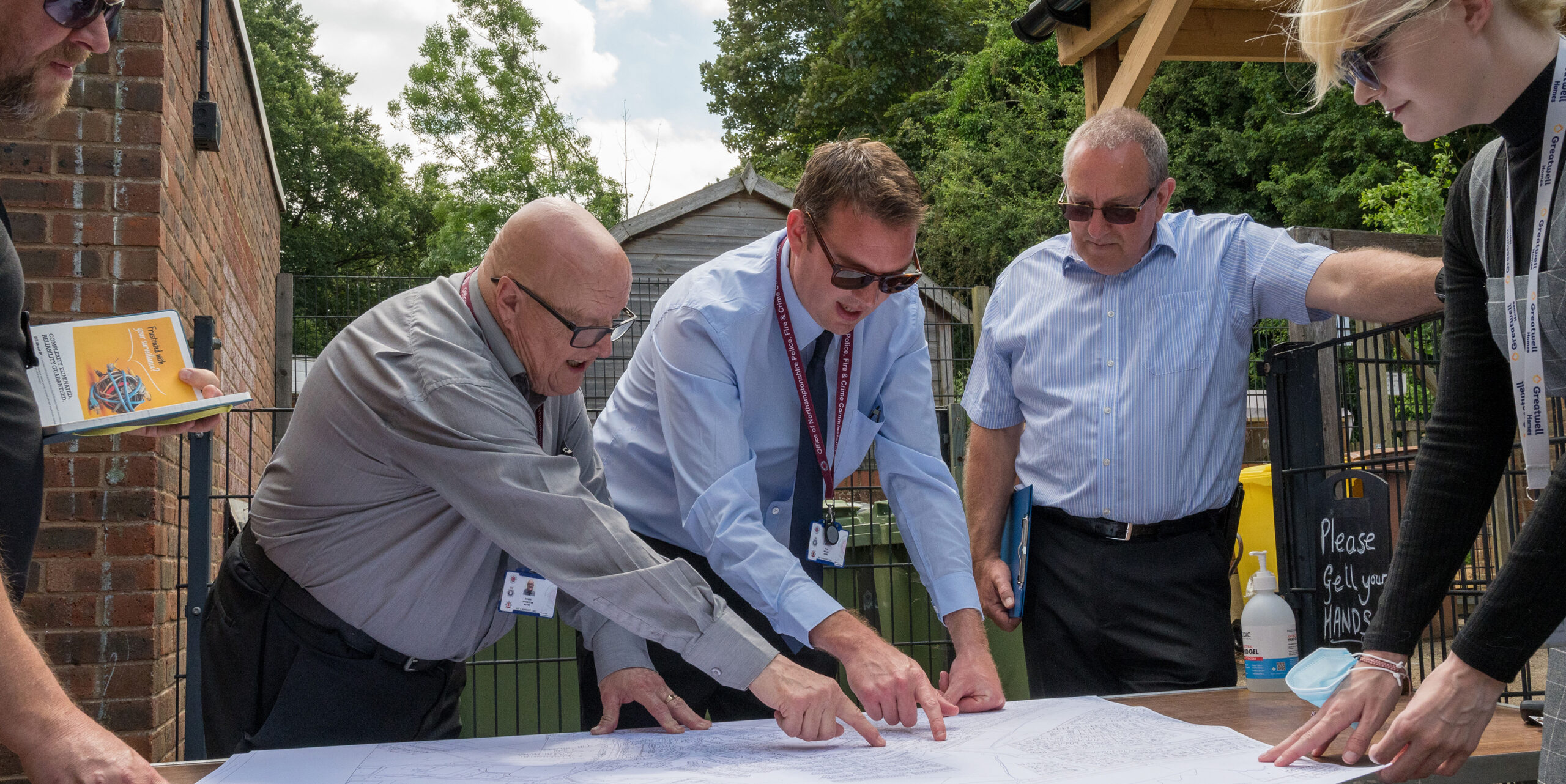 Stephen Mold visits 10 Downing Street to discuss the success of Northamptonshire Police’s approach to burglary as part of a discussion on new Government policy. 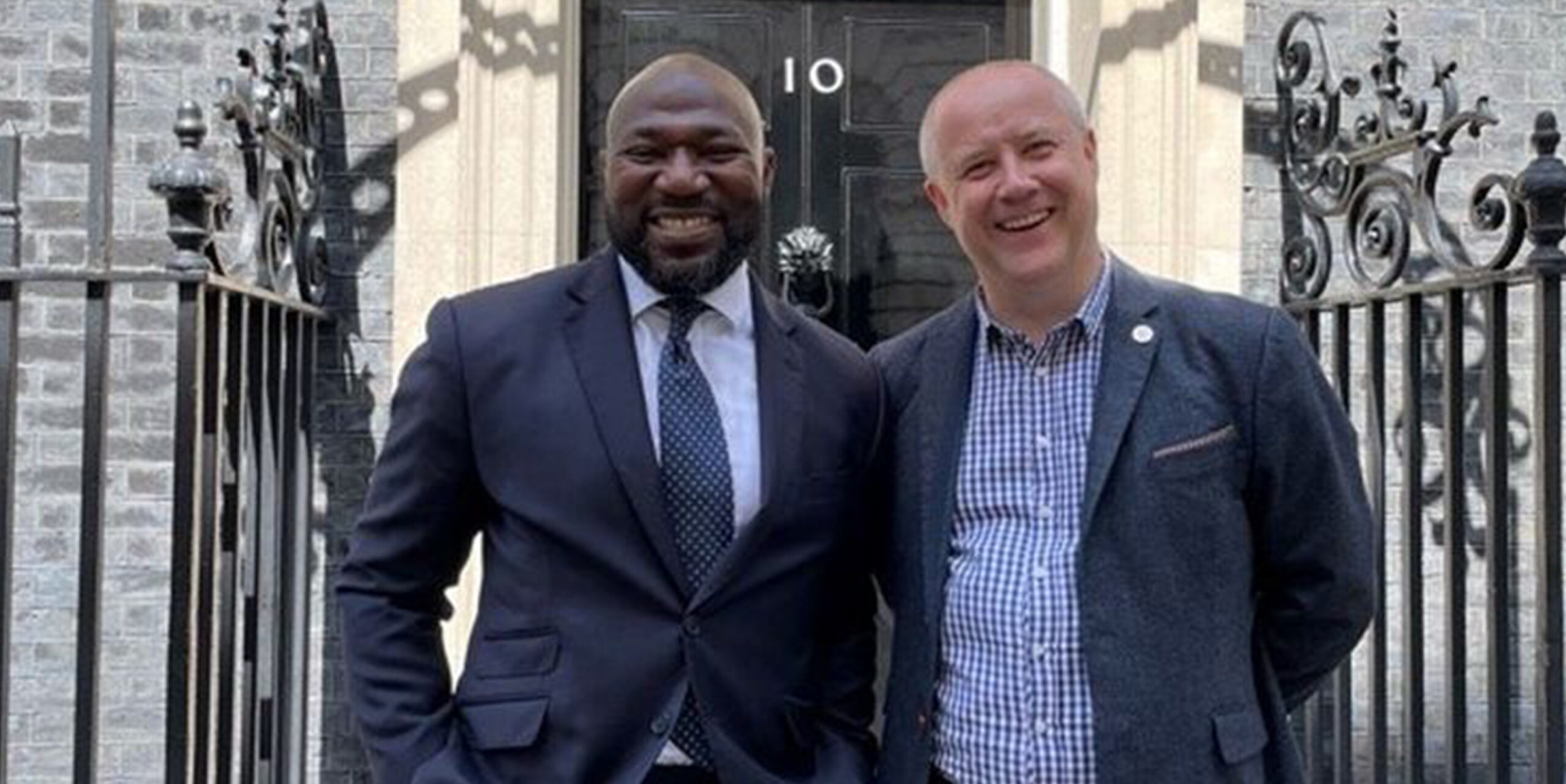 The Commissioner launches a new scheme to help offer extra security support for rural businesses in Northamptonshire, visiting one of the first beneficiaries at Whites Nurseries in Earls Barton. 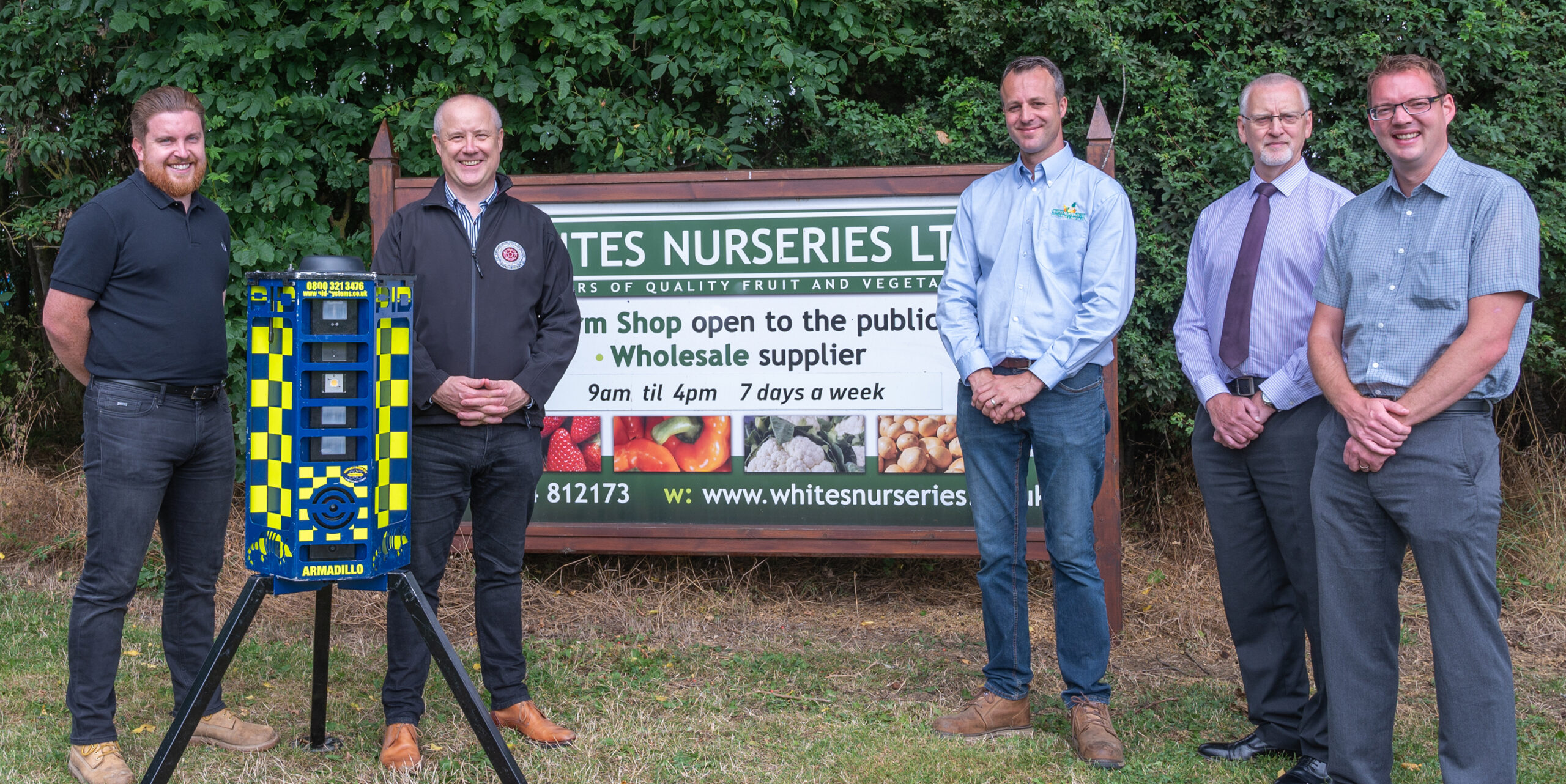 Two new Beat Buses, funded by the Commissioner, are launched to help give greater access to police in some of Northamptonshire’s more rural and remote communities. 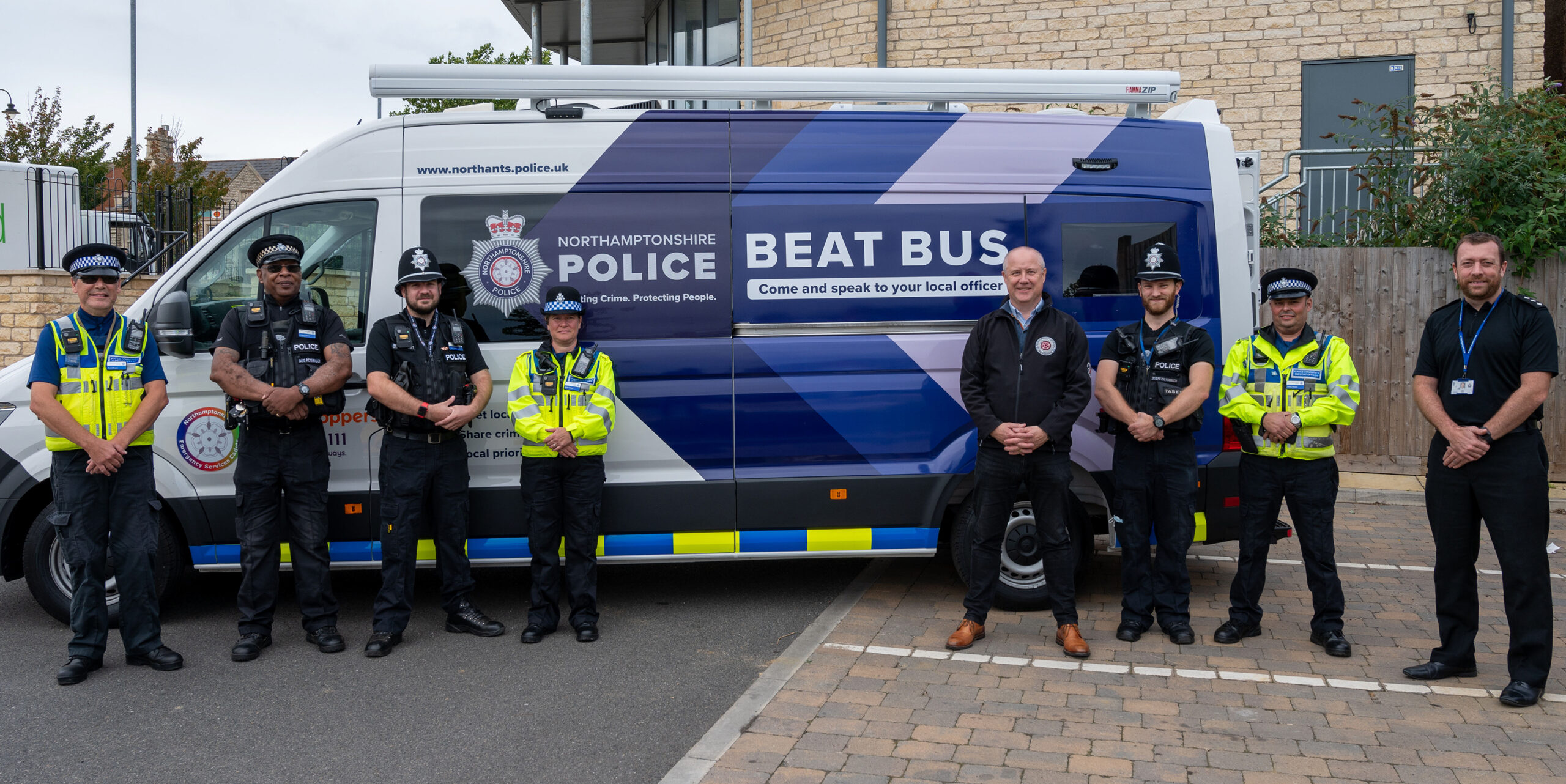 Stephen Mold launches his first ever Police, Fire and Crime Plan for Northamptonshire, putting his key priorities out for consultation with the public, with more than 1,000 people responding and endorsing the Plan. 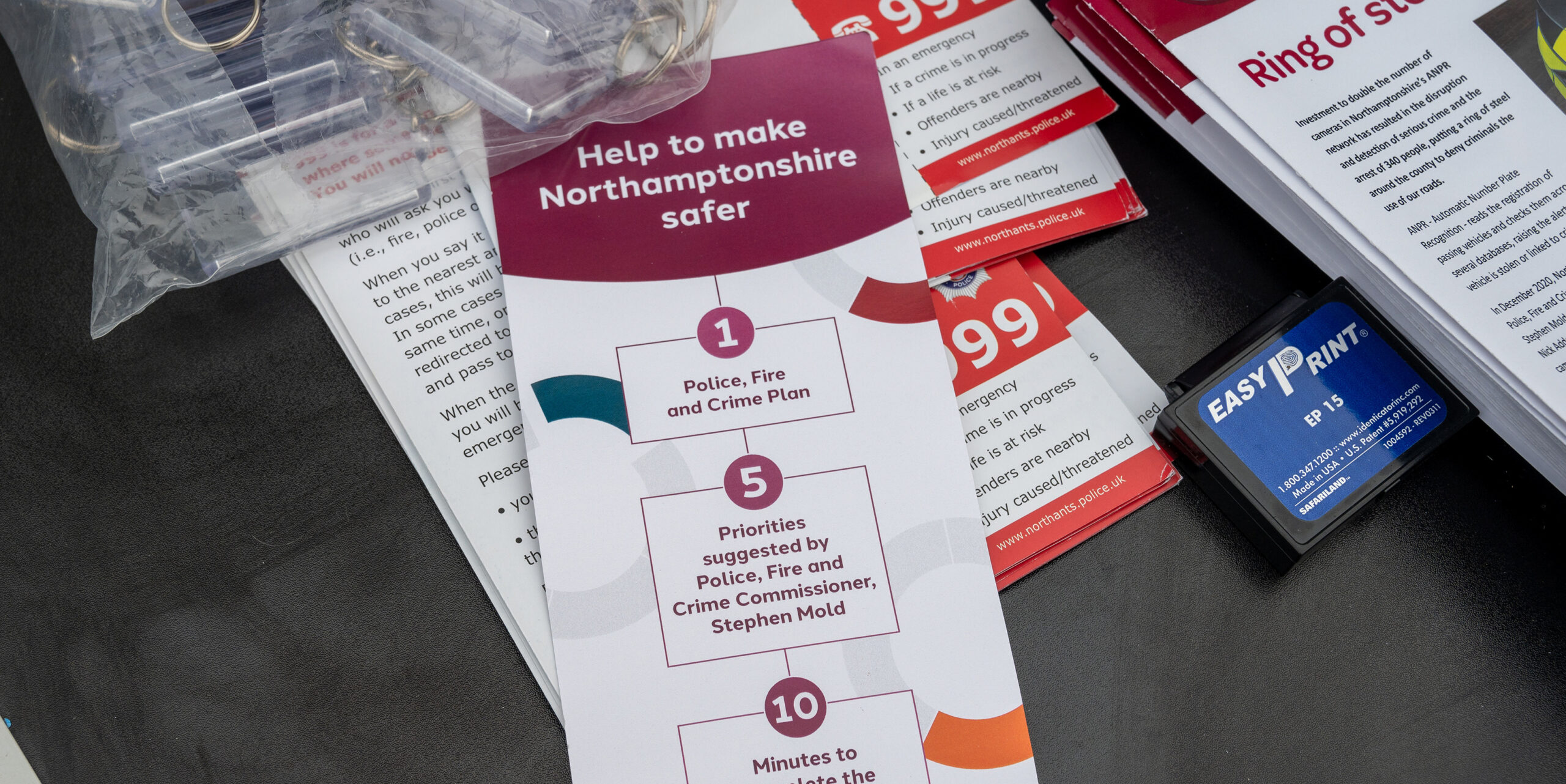 The Commissioner welcomes clear signs of progress in the performance of Northamptonshire Police in the latest published report by HMICFRS, saying: “This confirms my view that the Force is on a positive journey.” 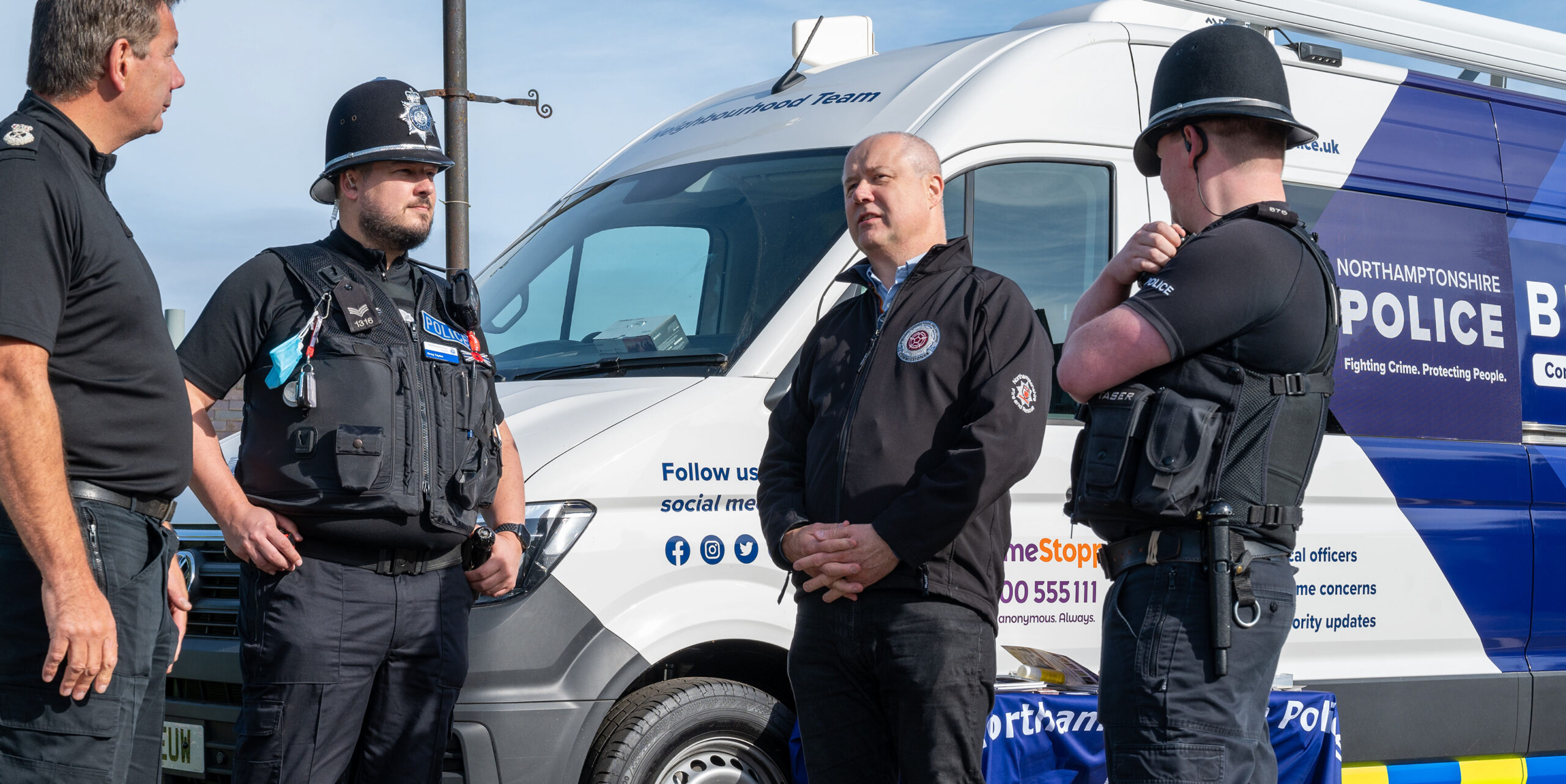 The new Commissioner funded Safer Nights Out van (SNOvan) is launched, kick starting a programme of work to prevent violence against women. 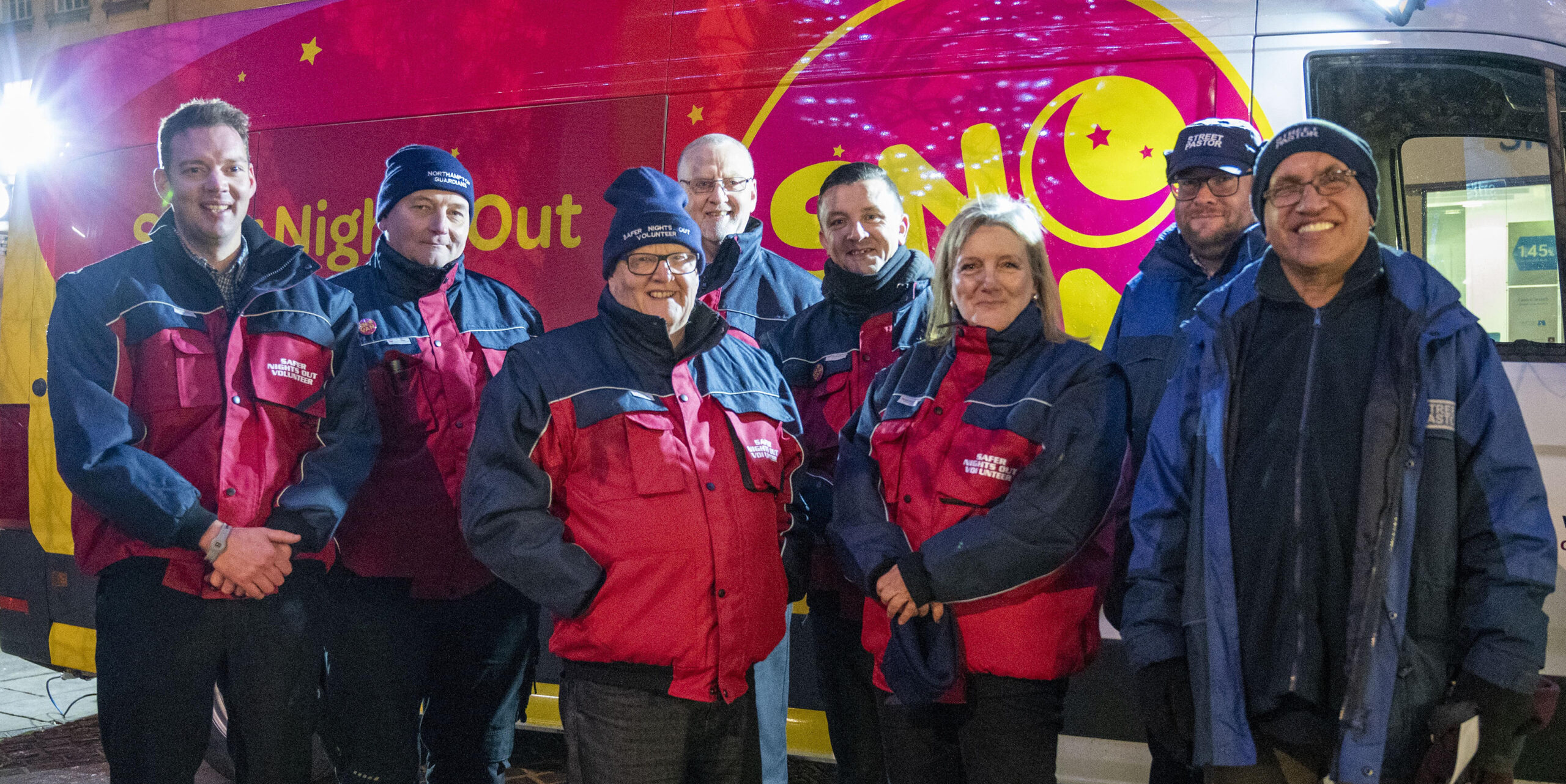