Ring of steel around the county

Investment to double the number of cameras in Northamptonshire’s ANPR network has resulted in the disruption and detection of serious crime and the arrest of 340 people, putting a ring of steel around the county to deny criminals the use of our roads. 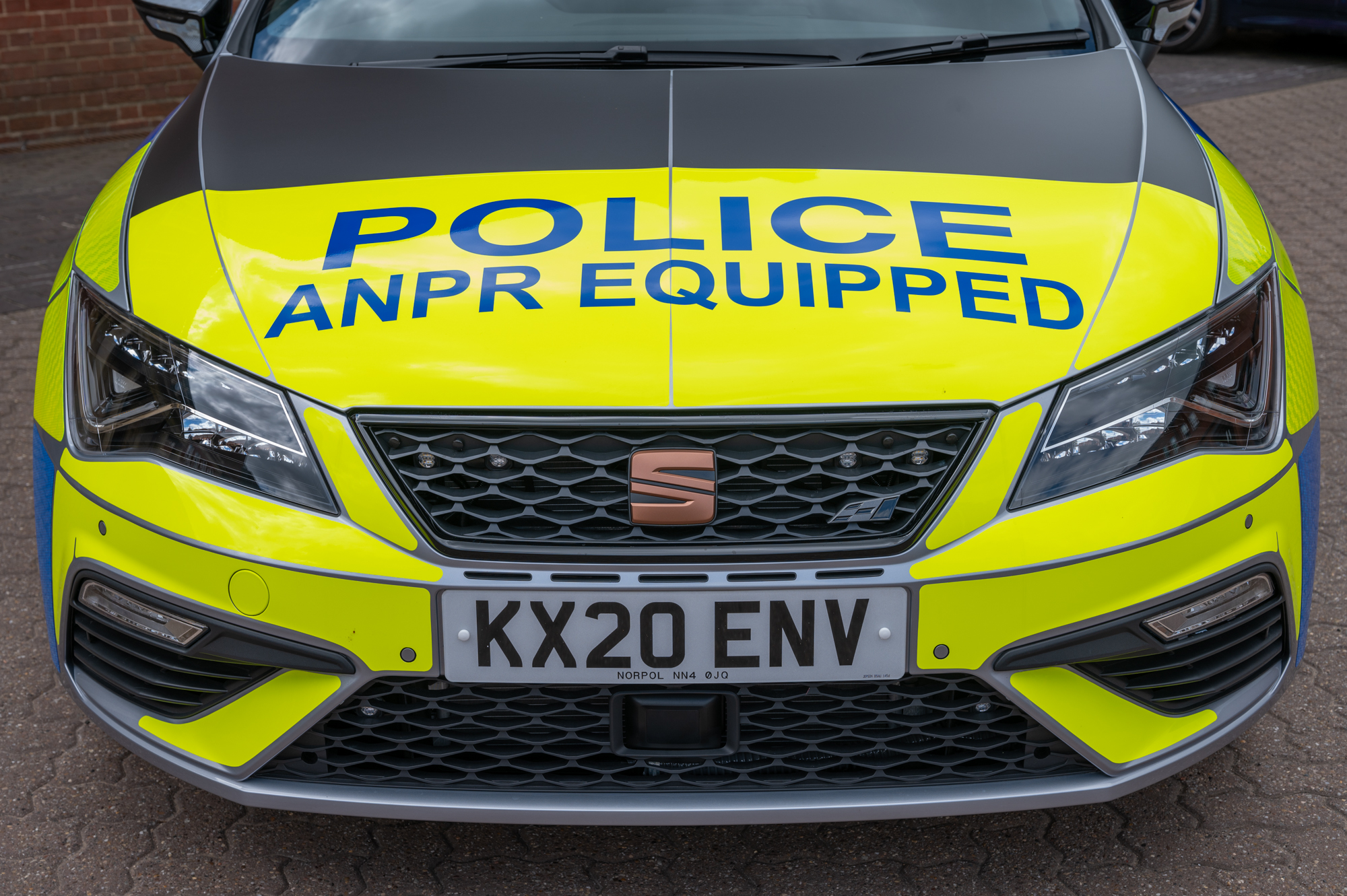 ANPR – Automatic Number Plate Recognition – reads the registration of passing vehicles and checks them across several databases, raising the alert if a vehicle is stolen or linked to crime.

In December 2020, Northamptonshire Police, Fire and Crime Commissioner Stephen Mold and Chief Constable Nick Adderley announced that 150 new camera sites would be installed across Northamptonshire to increase coverage across rural areas and major towns as well as on the county borders. These are now in place and are yielding results.

In the past eight months, information from the ANPR cameras has supported:

Among the good results are the following:

In February 2021, intelligence led to a taxi being stopped in Northampton. Officers searched the vehicle and the occupants, discovering a large amount of both Class A and B drugs. In total 108 wraps of Class A drugs with an estimated street value of £6,000 and £1,300 in cash was seized and taken off the streets of Northamptonshire. Two men were arrested following the stop.

In May 2021, a property was burgled, and several firearms, items of jewellery and a quantity of cash were stolen. A male was identified through police inquires and his vehicle added to ANPR systems. The vehicle was subsequently stopped by officers and the suspect arrested for burglary.

In May 2021, a vehicle linked to multiple thefts of purses from elderly victims in the Lincolnshire area activated a camera entering Northamptonshire. Officers responded to the ANPR hit and managed to stop it in Welford Road, Northampton. Three men were arrested and taken into custody, undoubtedly preventing further offences.

Northamptonshire Police, Fire and Crime Commissioner Stephen Mold said: “The results that have been achieved through our investment in additional ANPR capacity speak for themselves. These additional ANPR cameras and staff members are a fantastic resource, supporting Northamptonshire Police officers and staff in their work to target people who come to the county to commit crime and cause harm.

“Good work is taking place across the county to prevent crime and support victims, and I am pleased to see that our investment in ANPR is playing an important part in making Northamptonshire safer.”

Chief Constable Nick Adderley said: “In the eight months since we began installing these 150 new cameras – ANPR, and the team which sits behind it, have proven their worth several times over. Without their capability, many of the arrests we have made here simply would not have happened and others would have taken hours and hours of time and resource, not to mention lengthy and anxious waits for the victims.”

New portable mannequins have been funded by the Police, Fire and Crime Commissioner to ensure that lifesaving resuscitation skills can be taught more easily across Northamptonshire. 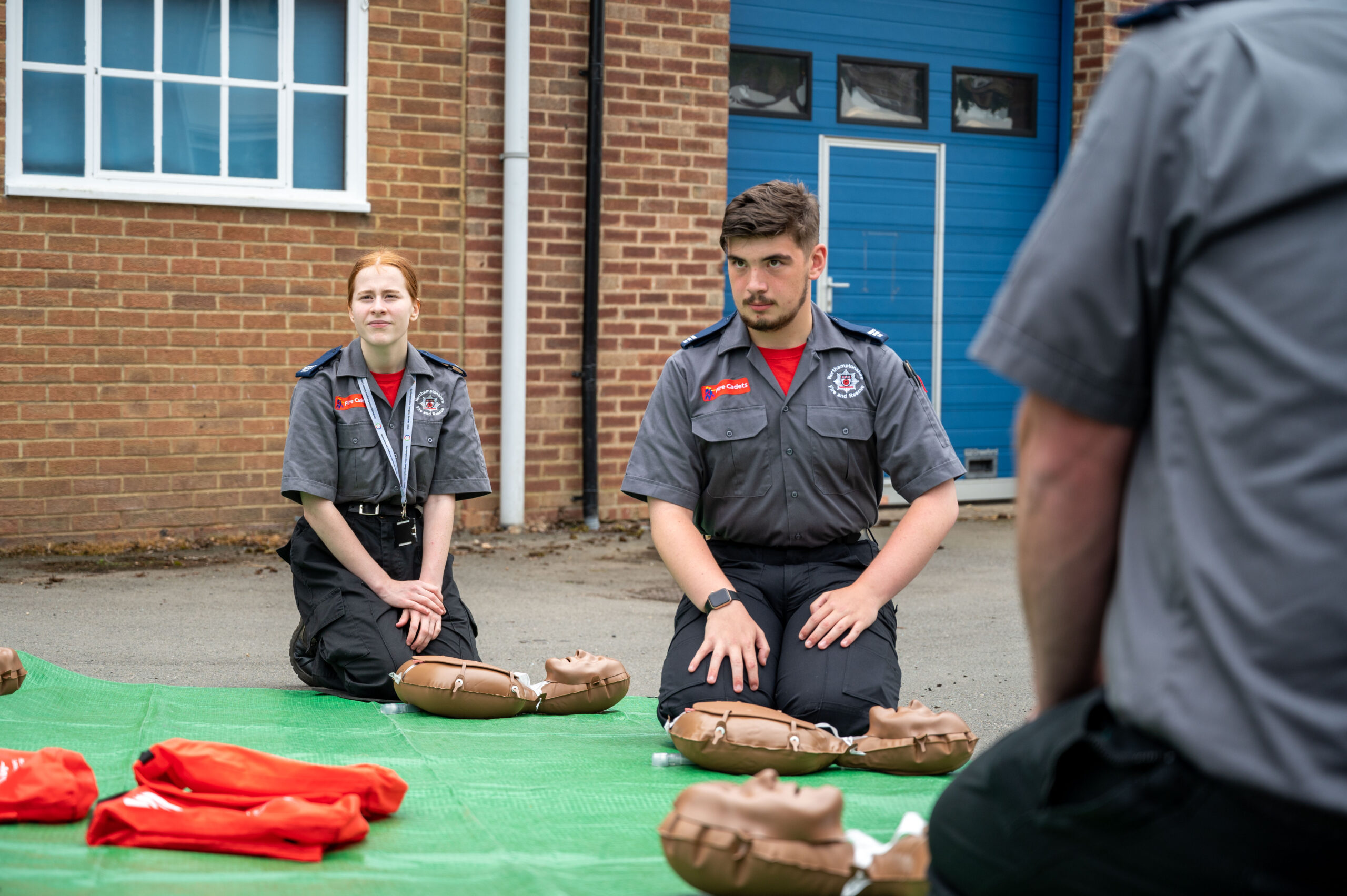 The new mannequins will be used by the Emergency Services Cadets to teach young people how to carry out CPR. The dolls are easily transportable as they can be fitted into a small bag and are self-inflatable.

The ten CPR kits have been funded by Stephen Mold, the Police, Fire and Crime Commissioner for Northamptonshire, and will make a ‘big difference’ as a realistic training aid according to Michelle Bates, a Youth Engagement Officer at Northants Fire and who helps to run the Emergency Services Cadets.

She said: “CPR is one of the most important skills any person can learn. A little while ago we had some previous Emergency Services Cadets come back to tell us about how, because of our training, they were able to save someone’s life on an airfield. It just goes to show what a vital skill it is, as it could be your best friend or a member of your family who may end up needing it.”

The Emergency Services Cadets is open to young people aged from 13 to 18 who have an interest in any of the emergency services, whether it’s police, fire, or ambulance. Cadets who study in all three of the specialties are all taught resuscitation skills.

Stephen Mold, the Police, Fire and Crime Commissioner for Northamptonshire, added: “Being aware of your own safety and being able to help others is one of the finest skills we can give to young people as they grow up.

“I was honoured to be able to support our Emergency Services Cadets with funding for this new training equipment. I do hope they never have to put it into practice, but the skill of being able to save a life is a great thing and I am proud to have been able to support their learning.”

Beat Buses on the road soon

Two new mobile police stations will also soon be on the road, as part of the drive to put new emphasis on neighbourhood policing. 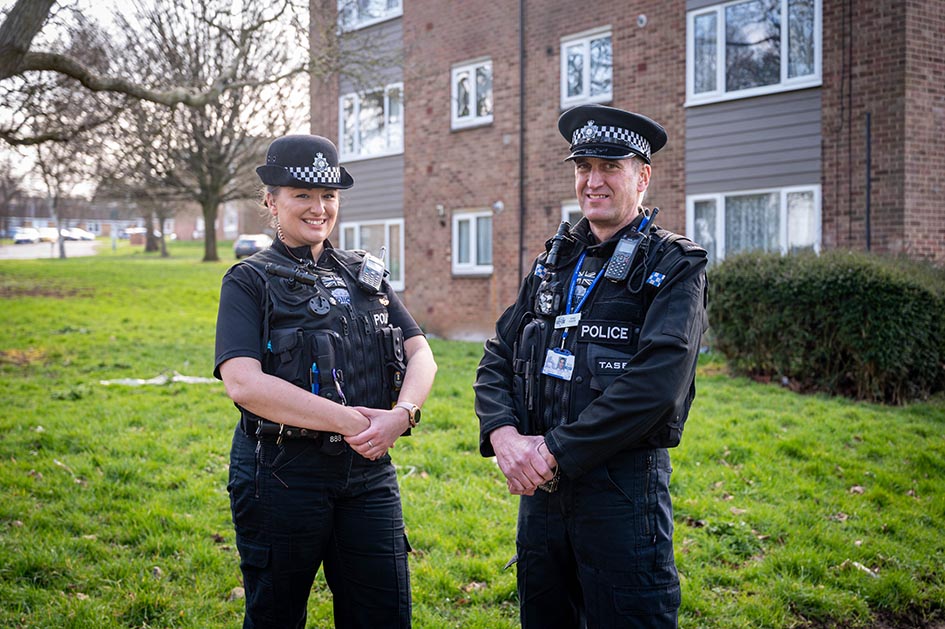 The new vehicles, which will be called Beat Buses, will hit the road soon. They will follow a published schedule, carrying out regular surgeries and visits around the county, particularly to some of our more remote and rural communities.

Northamptonshire Police, Fire and Crime Commissioner Stephen Mold will be boarding the buses at their regular stops when he is able, to chat to local people about the issues that concern them in their community.

The buses will hit the road within the next few weeks and more details will be announced soon.

A pilot scheme to support landowners with the cost of removing fly tipping from their land and securing it against future incidents is being rolled out across the county. 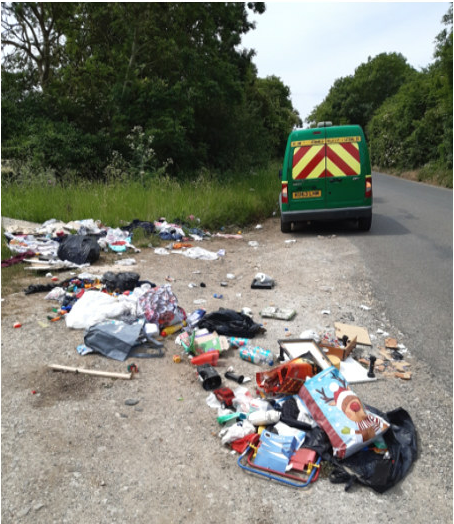 Earlier this year, Police, Fire and Crime Commissioner Stephen Mold set up a scheme to help farmers and landowners, with a view to intervening early to prevent crime and to assist in tracking down people who are fly tipping.

Under this scheme, farmers and private landowners can apply for a grant towards the cost of having the fly tipped waste cleared away and to support them in putting prevention measures in place that will make the land more secure.

Grants of up to £1,500 are available and the scheme is now open to landowners across Northamptonshire.

“I am often contacted by people who have been repeatedly targeted by organised fly tippers. They face escalating costs of clearing their land and it also has an enormous impact on our environment and our ability to enjoy it.

“Fly tipping is an offence and through this scheme, partner organisations are working together to tackle it, to stop it happening again and to track down the offenders.”

Anyone interested in applying for a grant to remove fly tipping on their private land can find more details and information on how to apply at www.northantspfcc.org.uk/public-funding/grants/fly-tipping-grant-scheme-2021/ 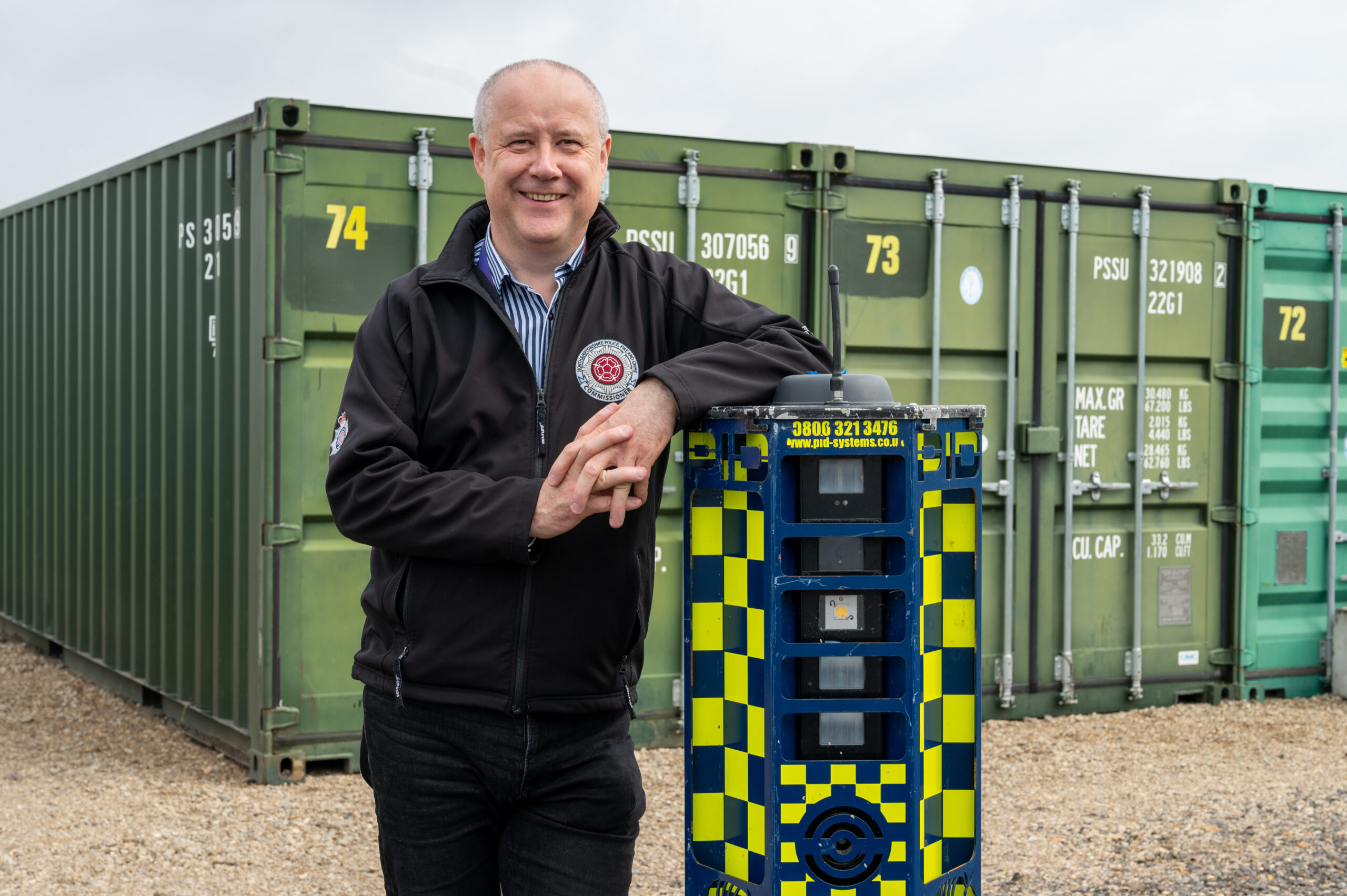 The scheme allows businesses to be loaned VideoGuard 360 cameras, which each boast three HD cameras and give out warning messages should a sensor be triggered. Footage is sent to a control room, where it is reviewed, and the police called if there is any suspicious activity.

The cameras are fully mobile, so they can be placed in any vulnerable area, and signage warns anyone intent on crime that they are being watched.

The aim is to prevent rural crime and support businesses so that they have time to implement security measures at their business for once the trial has ended.

One of the early beneficiaries of the trial scheme is White’s Nurseries in Earls Barton.  Eddie White, a manager at Whites Nurseries, said: “We were contacted by the police after we had a break-in and were asked if we wanted to take part in the trial.

Every year, firefighters undergo various training exercises to assess their capability at incidents and to revalidate key operational skills, not just in attending fires, but also road traffic collisions, water rescues and flooding, as well as incidents involving hazardous material. 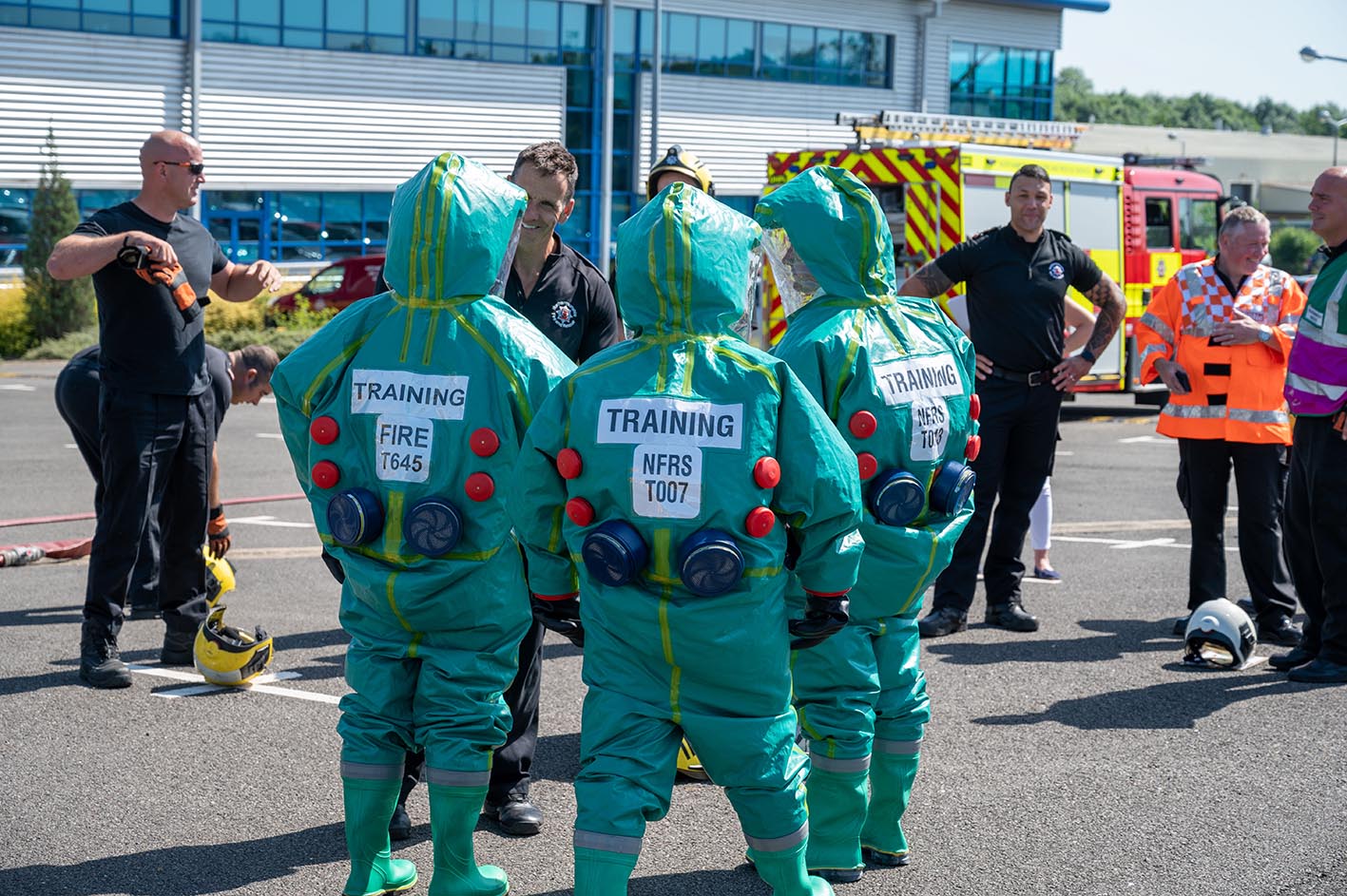 Crews from Northamptonshire Fire and Rescue Service (NFRS) have been running exercises to ensure that they are meeting the national standards for responding to large-scale incidents involving chemical or hazardous material.

The mass decontamination exercise tests the ability to decontaminate hundreds of people. NFRS is one of just 28 mass decontamination units (MDU) in the UK. In order to maintain capability and contribute to building resilience across the UK, the Service must not only run these exercises regularly, but guarantee a minimum of 24 specially trained firefighters are available on duty 24/7.

Crew wear specialist power respirator protective suits that provide them with up to one hour of protection from any hazardous material. These specialist firefighters will assist casualties to move through the MDU; disrobe and showering, and they will provide a clean re-robe pack to replace contaminated clothing.

They also consider the environmental impact of the incident and make provision to minimise the spread of the contaminant.  The exercise tests NFRS ability to have a decontamination centre up and running within 40 minutes.

Area Commander at NFRS, Phil Pells said: “These Mass Decontamination exercises are critical in maintaining our operational response to high threat, high harm incidents. It’s essential our firefighters maintain their skills in the use of this equipment.”

Bikers in Northamptonshire will be taking part in a new course to help them save a life later this month. 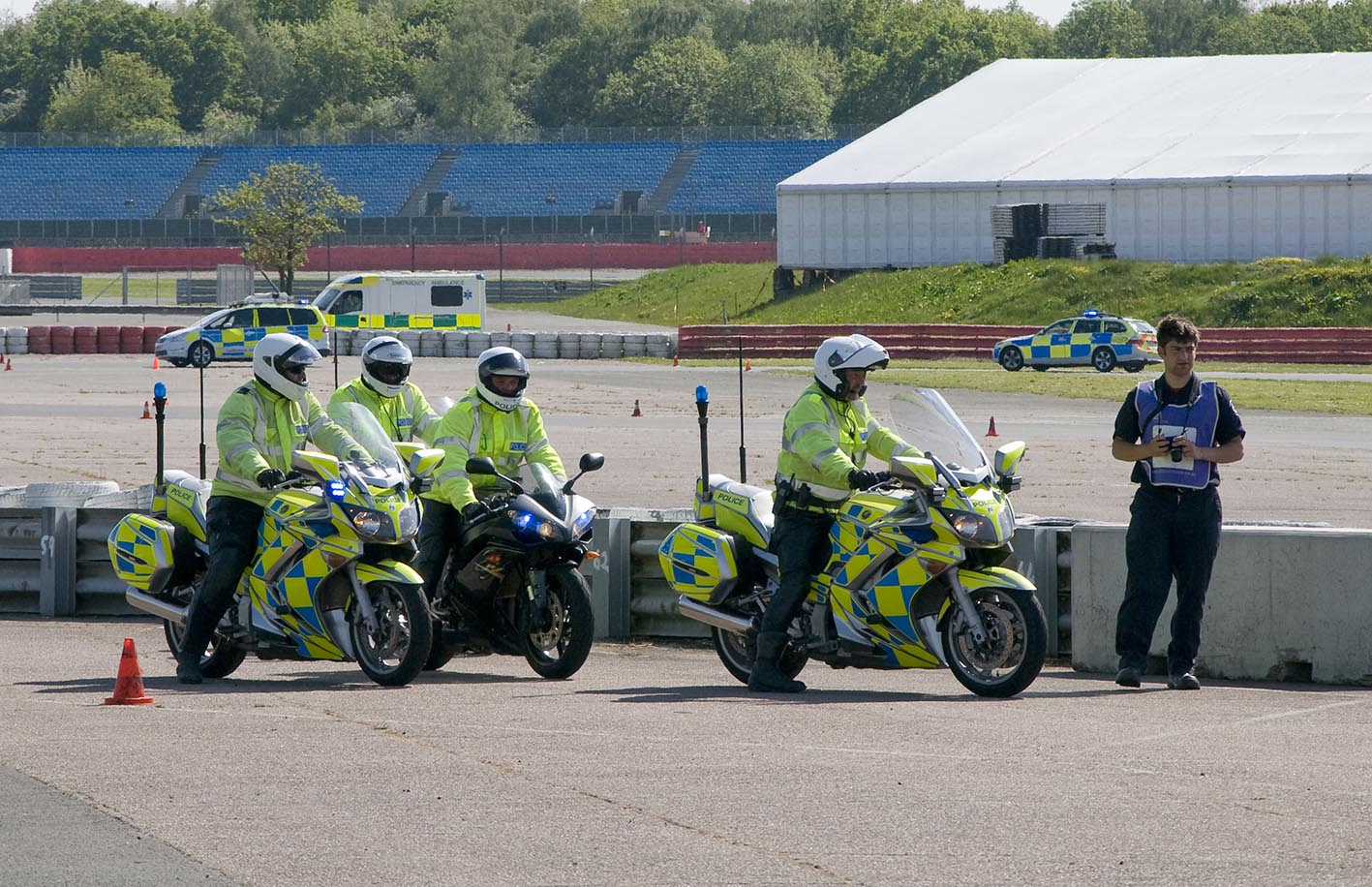 Biker Down is a joint initiative between Northamptonshire Fire & Rescue Service, Northamptonshire Police, and the Office for the Police, Fire and Crime Commissioner that will train motorcyclists to manage the scene if they come across a crash involving a fellow biker and to administer immediate first aid.

Actions taken during the first moments after a crash can be crucial in terms of saving lives or minimising injuries, and the three-module course will teach participants how to act effectively in the immediate aftermath.

A total of 109 people have been seriously injured as a result of a motorcycle collision over a 28-month period between January 2019 and April 2021 in Northamptonshire. During this time, 12 bikers have also died, and motorcyclists have typically made up a fifth of all fatalities or serious injuries that resulted from road traffic collisions.

Road safety is a key priority for both the police and fire, who work under the umbrella of the Northamptonshire Safer Roads Alliance alongside other partners to help spread key safety messages.