Local policing teams are taking to the road on two new Neighbourhood Beat Buses to bring people in communities across the county closer to their local police. 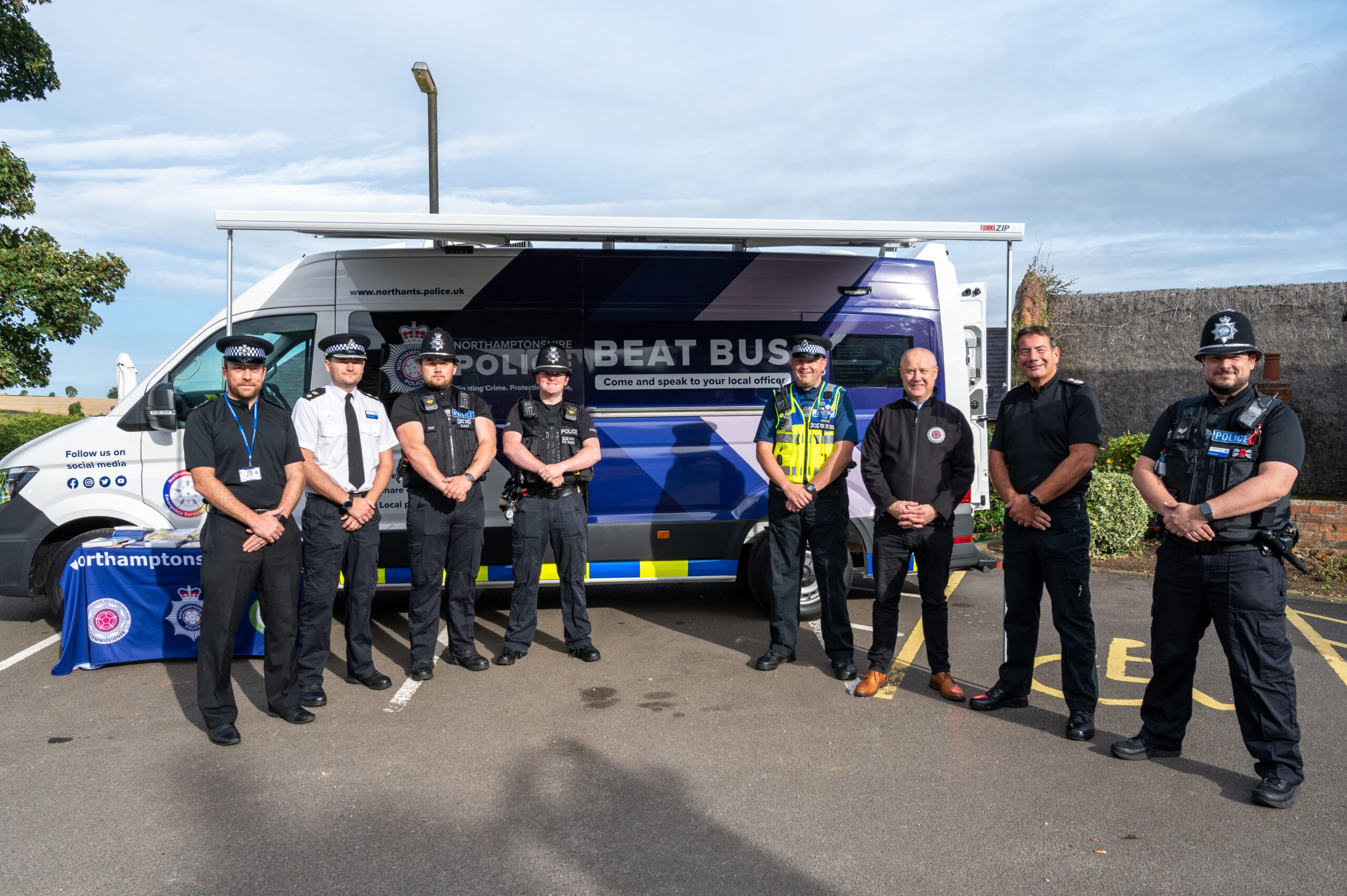 The Beat Buses will be on a regular schedule of stops around the county, focussing on our more rural and remote communities and will also attend community events.  The programme is currently being drawn up and will be widely publicised and, on the Commissioner’s, and the Northamptonshire Police websites.

Stephen Mold funded the buses as part of his ongoing commitment to neighbourhood policing in Northamptonshire.  The number of police officers in the county has increased over the last two years and currently stands at 1417. Having more police officers means that more can be deployed to neighbourhood teams, where the number of constables will double over the next 18 months.

Now the buses will be valuable assets that will help officers get close to the communities they serve and make it easy for people to engage with their local police teams.

Northamptonshire Police, Fire and Crime Commissioner Stephen Mold has committed to focus on local policing and giving communities the service they expect. 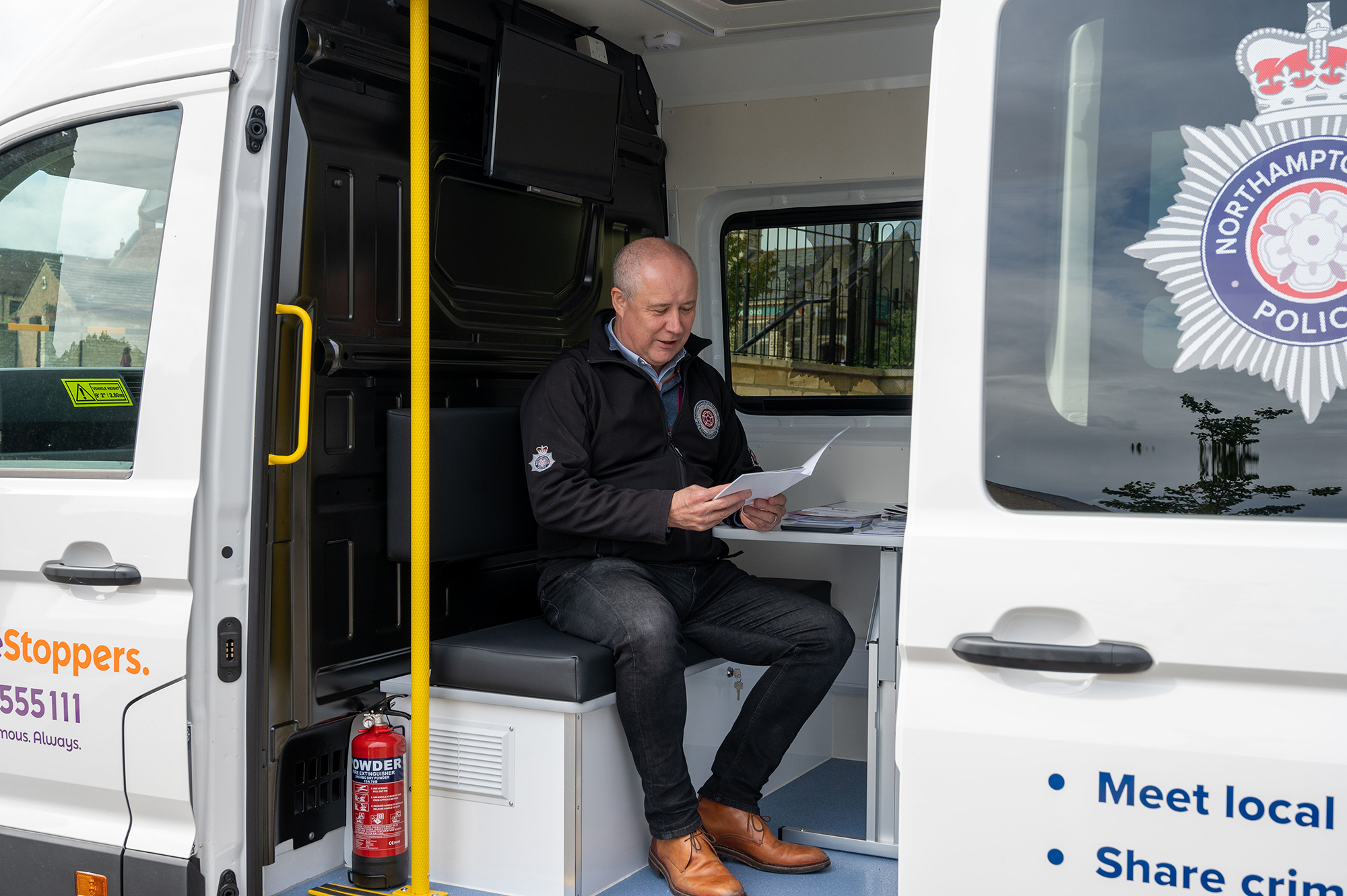 Stephen said: “I want people to have policing that is close to them, that tackles local problems at a local level and that they have access to when they need it. The Beat Buses will literally bring the police teams closer to the communities they serve, and I am sure they will be a great tool to strengthen public trust and confidence in policing across Northamptonshire.”

Fraud and online fraud are increasing in number and are crimes that can be traumatic and undermine the confidence of victims, especially if they are elderly. 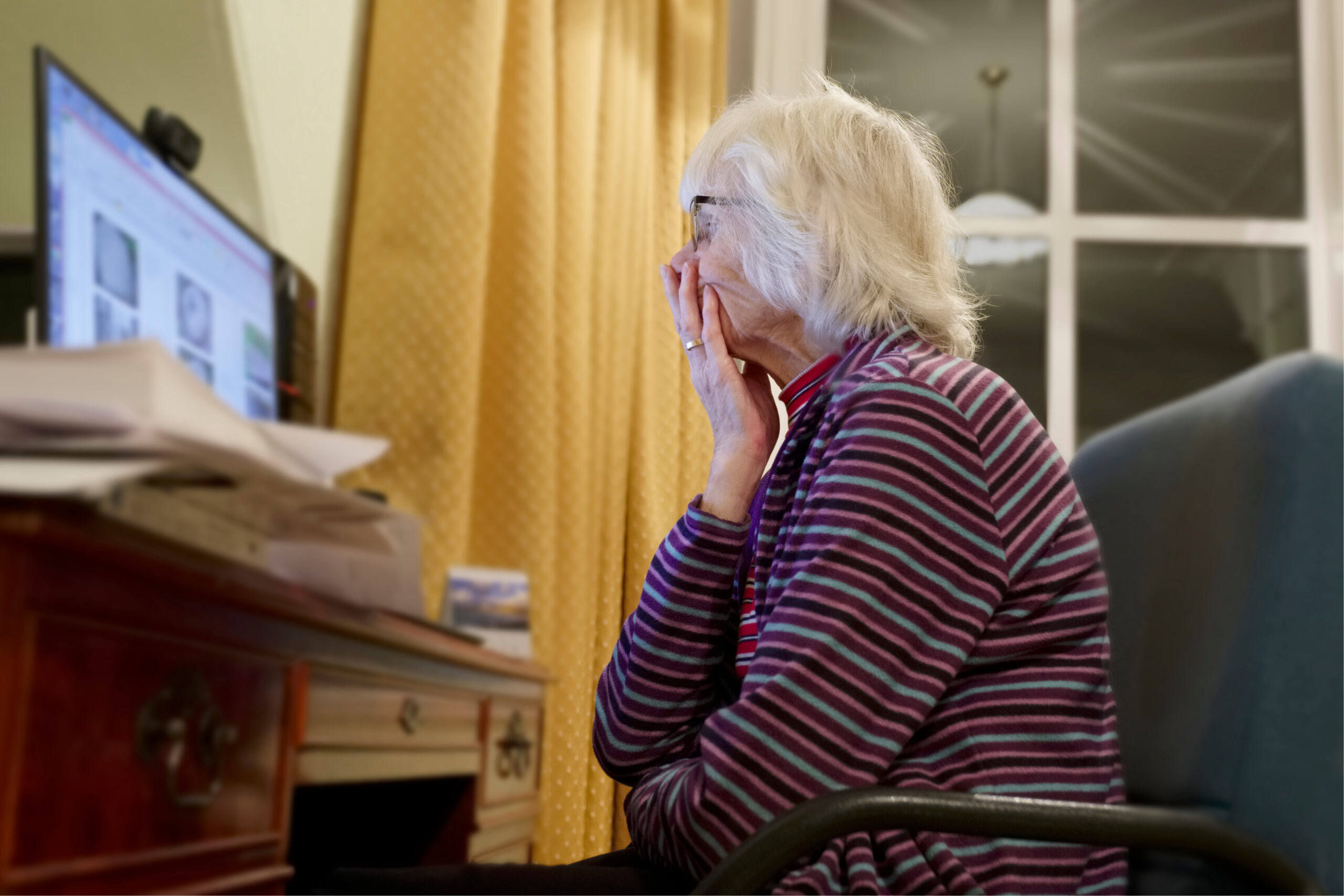 Northamptonshire Police, Fire and Crime Commissioner Stephen Mold is funding a new scheme, called Operation Repeat, that will train carers and health staff how to speak to, warn and support the elderly people in their care and help them avoid falling for scammers.

Between September and December, Northamptonshire Police and Northamptonshire Trading Standards will run 12 training sessions for health and social care staff, so that they can recognise and help prevent crimes against vulnerable people.

New fire appliances on the way

A fleet of new fire vehicles is currently being built in Scotland and will be on the road in Northamptonshire in the coming months. 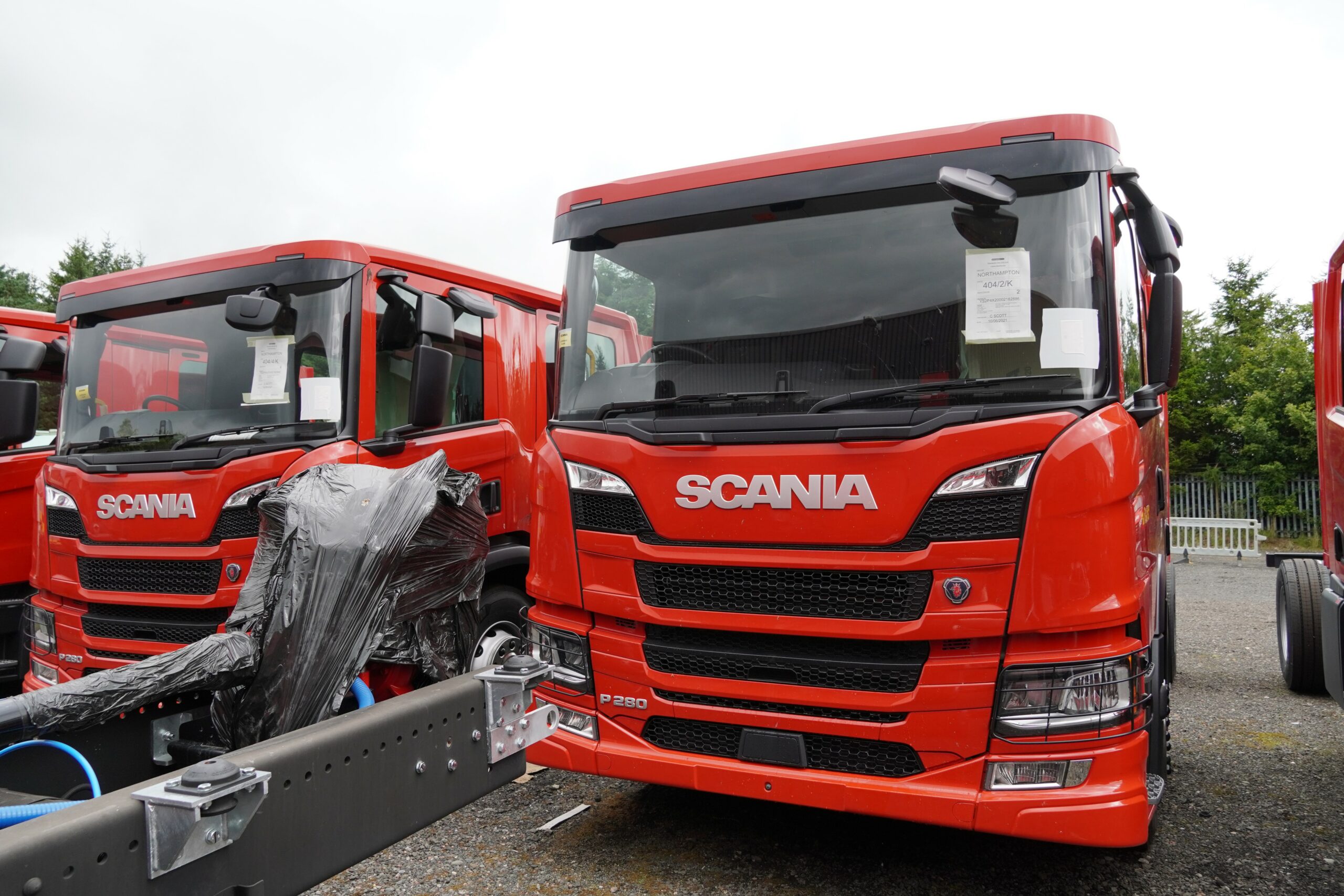 The first batch of four vehicles, which each cost more than £350,000, is expected to be delivered by the end of the year, before being commissioned and joining the run.

The new fleet will also include an aerial rescue pump, which can reach a height of 42.3m and represents an investment of more than £800,000 in the fleet for Northamptonshire.

A joint Fire and Police Task Force is working to reduce the number of deliberate fires that are started in Northamptonshire.

The Arson Task Force, which was set up in 2004, tries to prevent deliberate fires, to investigate and detect incidents when they do happen, and provide education to young people about the dangers of setting such fires.

Andy Evans, from Northamptonshire Fire & Rescue Service, has been the Arson Task Force Co-ordinator since 2017, and says: “We try and educate young people about the impact of their choices. They might only be a fire setter or anti-social now, but if they are caught and prosecuted, they are an arsonist and that will have a massive impact on their future life and job prospects.”

One of the ways the ATF achieves this is through the Fire Setter programme, which sees them engage with young people who start fires and commit offences of arson. The engagement will often involve schools, social services, parents or guardians and a variety of other interested agencies.

Joint working is very much shown in the make-up of the Task Force itself as working alongside Andy is Kelly Crockett, who joins  as the Arson Reduction
Co-ordinator for Northamptonshire Police.

Other areas of concern for the ATF include void and vacant buildings – it works with partners to ensure better management of void and derelict buildings. Responsible people and landowners are contacted and advised of their obligations under the law.

The Task Force also deals with instances of domestic violence and tries to combat fly-tipping, knowing that dumped materials often provide the fuel for opportunistic arsonists.

Northamptonshire Fire and Rescue Service is launching a pilot scheme to build the skills and capacity of fire crews in carrying out inspection visits at homes in multiple occupation (HMOs).

Starting this Autumn, the NFRS pilot scheme will see firefighters in Wellingborough, Kettering and Daventry carrying out compliance checks in 30 HMOs across those three towns.

The checks carried out during the pilot will be at HMOs that have been visited before and found to be well run and compliant with safety regulations.

The fire service has regulatory powers that apply only to the common and shared areas of HMOs such as kitchens.

During the checks, the crews will be supported by fully warranted, specialist Fire Protection Officers. The aim of the pilot scheme is to extend the skills of Northamptonshire firefighters in protection, increasing the capacity and skills in this type of work and freeing up Fire Protection Officers to carry out more complex work in sectors of higher risk.

Northamptonshire Police, Fire and Crime Commissioner Stephen Mold said:
“I am very pleased to see Northamptonshire Fire and Rescue Service continuing to extend the ways they work to keep the community safe.”

Firefighters in Northamptonshire will be helping to teach bar and restaurant staff life-saving skills to help someone in difficulty in water. 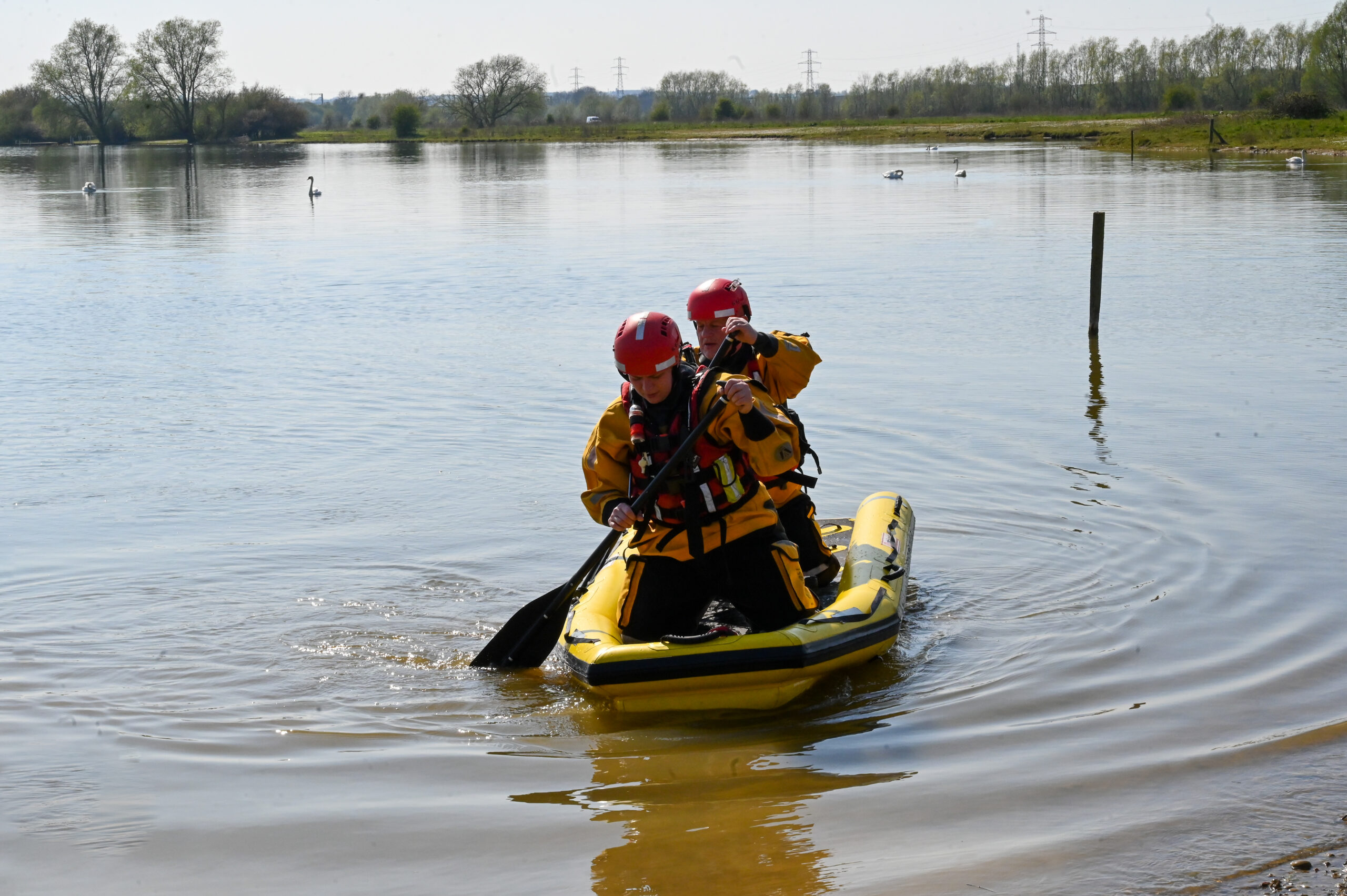 Northamptonshire Fire & Rescue Service, in partnership with the charity the Royal National Lifeboat Institution (RNLI), is rolling out the ‘Waterside Responder’ scheme that has proved a success in other areas of the country.

The scheme will see fire crews work with businesses near water and give them basic skills to help them effectively respond to a person in the water before the arrival of firefighters. It would also see establishments such as bars and restaurants receive free kit such as a throw line to help assist anyone in difficulty in the water.

Si Bristow, Water Safety Education Manager for the North and East at the RNLI, visited Raunds Fire Station recently to deliver the training session to representatives of various crews in Northamptonshire, including the specialist water rescue units based at Mereway and Wellingborough.

Stephen Mold said: “Water rescue is one more thing that our fire service does to keep people safe, and I am pleased to see our firefighters working with businesses and the RNLI to improve safety.”

The specialist role is part of a 12-month trial scheme in North Northamptonshire which is being funded by Police, Fire and Crime Commissioner Stephen Mold.

Under the PFCC scheme, the new investigator will be based with the Northamptonshire Business Crime Partnership and will work closely with local retail firms in helping them to gather improved evidence – such as statements and CCTV footage – that can then be sent onto Northamptonshire Police so they can investigate incidents that have been reported to them.

The scheme will give retailers dedicated assistance when they have been targeted and will focus on persistent and violent shoplifters who cause harm to their communities.

Stephen Mold said: “I’m absolutely committed to ensuring we provide a valued service to all victims of retail crime. We hope this 12-month pilot will provide further reassurance to businesses that we will do everything in our power to firstly deter criminals, but also to investigate and bring swift justice to those shoplifters who do target our local businesses.”