A group of 20 new firefighter recruits started their training with Northamptonshire Fire and Rescue Service (NFRS).

The successful recruits were among 720 hopefuls who responded to a large-scale recruitment campaign, run in October last year, to find new, full-time firefighters for Northamptonshire.

The team of trainees have now embarked on a 12-week training programme, which begins with four weeks in Northamptonshire before they move on to spend eight weeks at Fire Service College in Gloucestershire.

CFO Darren Dovey said:  “The calibre of these men and women is extremely high and they have come a long way through the rigorous recruitment process to impress us with their skills, commitment and potential to reach the standards we expect of our firefighters.”

The recruits will now spend one month in Northamptonshire, where they will be finding out about NFRS as an organisation and learning more about prevention and community safety work.

From there they will go to Fire Service College in Moreton-in-Marsh, where they will be learning skills ranging from the use of ladders in working safely at height, to firefighting techniques using breathing apparatus.

Police, Fire and Crime Commissioner Stephen Mold said: “I am incredibly proud to welcome these new recruits to Northamptonshire Fire and Rescue Service.  They join the service at such an exciting time, when it is changing and investing in the future. It’s a privilege for me to have been able to support the largest recruitment drive our Fire Service has seen for many years and to enable the investment in the new equipment and technology that the service badly needs. I know that the firefighters joining us today will have a great career with NFRS and I have high hopes for the part they will all play in keeping our county safe.”

Investments in policing and fire

Plans to recruit more officers to Northamptonshire Police are moving ahead, making the most of the contribution you make to policing locally through the policing part of the council tax and the national uplift to police funding.

Last year, Police, Fire and Crime Commissioner Stephen Mold pledged to recruit 83 additional police officers to increase the numbers in Northamptonshire Police to 1310.  We will have reached these numbers by the summer.

The Government’s extra funding for policing will boost the number of police officers even further, to 1,367 officers by March 2021. While the funding isn’t yet confirmed, this should take the Force to over 1,500 officers by 2023.

Stephen Mold said: “Your contributions through the part of the council tax that goes towards policing have played a vital role in making this happen.”

Other improvements have also been made, including: visiting every victim of burglary and improving investigation; putting a focus on local policing, with the establishment of two local policing areas and bringing teams such as roads crime and dogs back under local control.

Northamptonshire Fire and Rescue Service is also benefitting from increased investment, which has allowed the Chief Fire Officer to invest in seven new fire vehicles and 20 new firefighters – increasing the size of the fire service by 12.

You can watch Stephen Mold, the Chief Constable Nick Adderley and the Chief Fire Officer Darren Dovey explaining the police and fire service budgets on YouTube:

The first ever officers in Northamptonshire dedicated to supporting people that have been enslaved or trafficked are trained and ready to begin their new role as Modern Slavery and Human Trafficking Victim Liaison Officers. 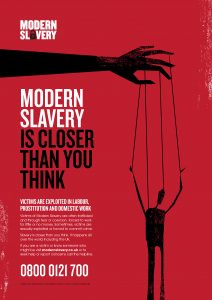 Liaison officers have been used in homicide investigation and fatal road traffic investigations for some time but are a recent innovation in supporting people thought to have been enslaved or trafficked.

A team of officers from Northamptonshire Police completed a course at the end of January to fully understand this highly complex crime. The decision to create the new roles came from the Modern Slavery and Human Trafficking Partnership, which is chaired by the Northamptonshire Office of the Police, Fire and Crime Commissioner, Stephen Mold.

The Commissioner and Sgt Stevens also heard about the council’s multi million pound proposals to redevelop the Swansgate car park, which aims to tackle these issues by increased surveillance, alongside enhancing the appearance of the well-used facility.

Northamptonshire Police, Fire and Crime Commissioner Stephen Mold said:  “Keeping Northamptonshire safe is not something Police and Fire can do on their own, it is everyone’s responsibility. There is a lot of work taking place in Wellingborough to create a safe and pleasant environment and deal with all the issues of a growing town. Our local policing team is working very closely with the Borough Council to respond to local problems and I’m looking forward to seeing a programme of initiatives roll out across the coming year.”

Public meetings to let you have your say

Northamptonshire Police, Fire and Crime Commissioner Stephen Mold and the Chief Constable Nick Adderley are holding a series of public meetings during March to talk about policing and hear the views of local people. 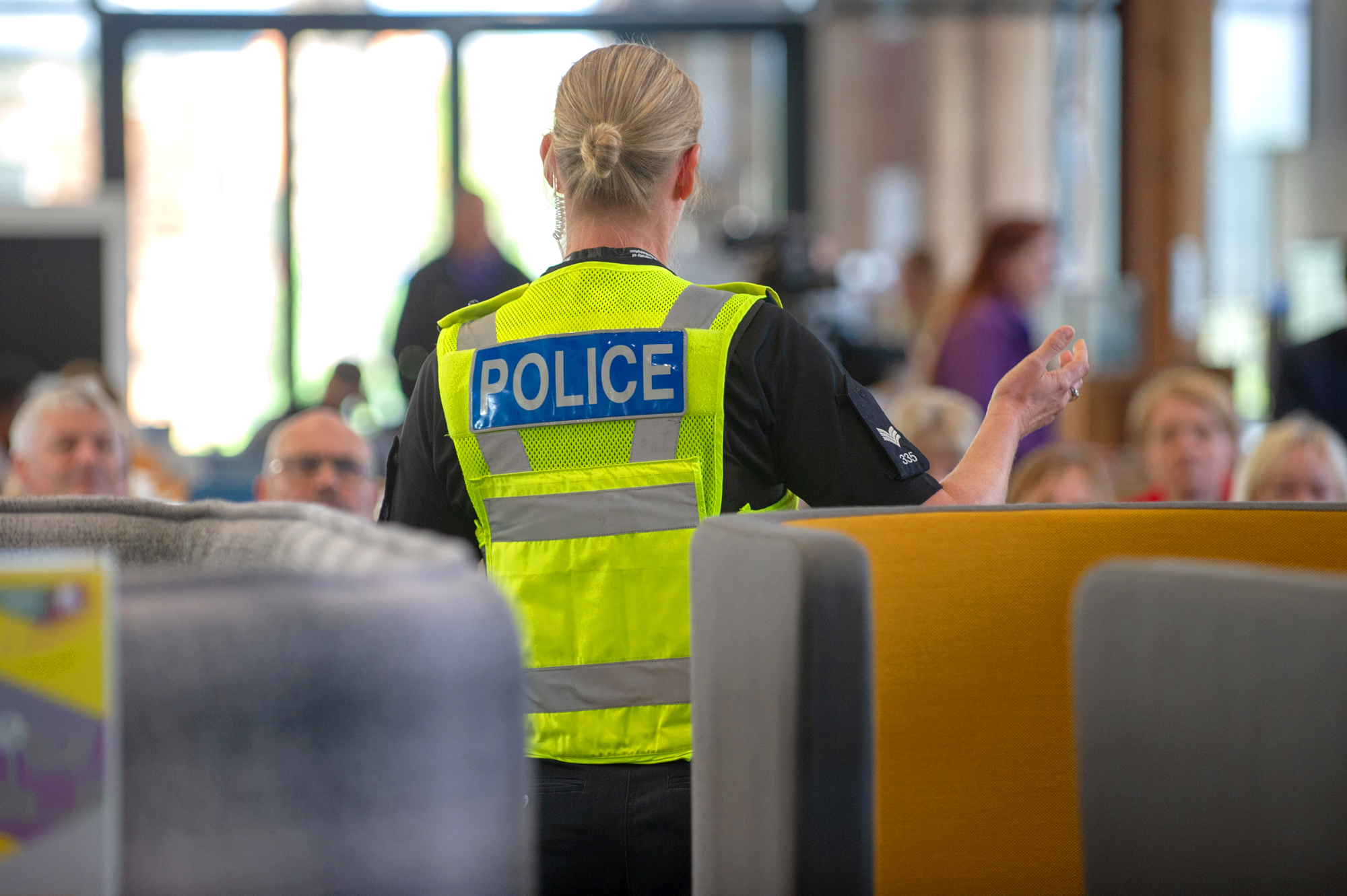 Four meetings are already organised, and they will take place at:

Two further meetings are being planned, in Towcester and the Kettering area. Details are still to be finalised so keep checking the Northamptonshire Police facebook page or the Commissioner’s website (www.northantspfcc.org.uk) for confirmation.

Stephen Mold said:  “This is an opportunity for people to come along and get an update on the improvements that are planned for their policing service and the investments that have been made with the police precept.  I want to strength the link between the community and their police, so the Chief Constable, Nick Adderley, will be joining me to talk about Northamptonshire Police and listen to the views of local people.”

A new Youth Team has been set up by Northamptonshire Police, Fire and Crime Commissioner Stephen Mold to help prevent young people becoming involved in or victims of crime. 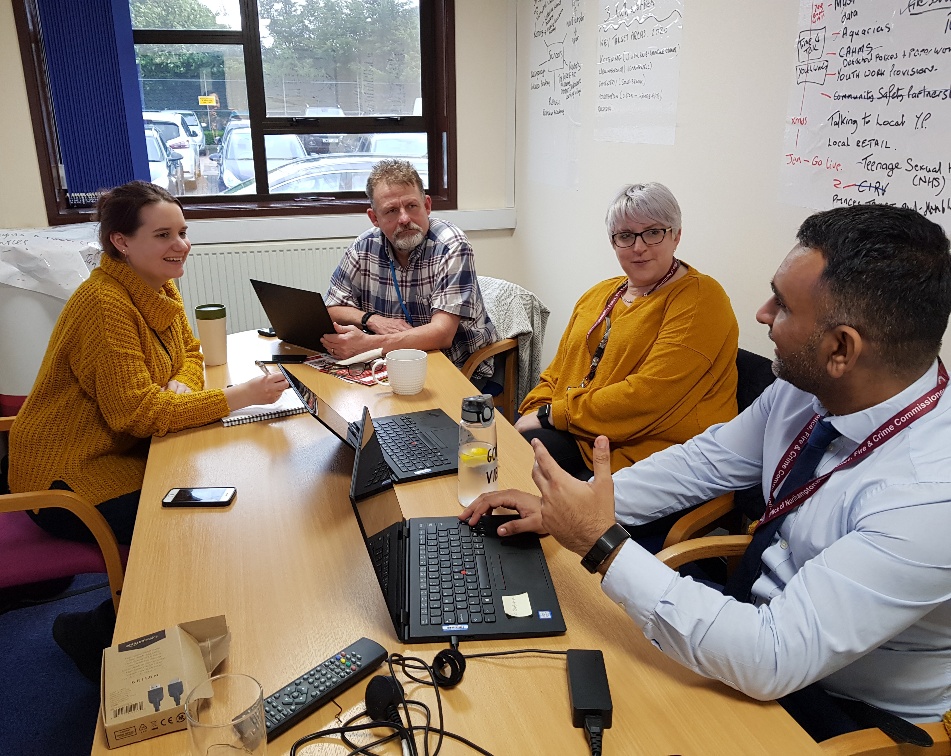 The team of 11 specialist youth workers will operate alongside Northamptonshire Police, other partner agencies and community groups in a targeted way to provide support and mentoring to young people.

Keeping the young safe is a key priority of the Commissioner’s Police and Crime Plan.  In the coming financial year the Police, Fire and Crime Commissioner has pledged to renew the focus on intervening early to prevent crime and anti-social behaviour, to support young people, reduce the growing demand on policing and make communities safer.

The Youth Team will focus on areas where the evidence suggests that the need is greatest. The first five areas were selected by looking at evidence such as the incidence of anti-social behaviour and school exclusion numbers, they are: Kettering William Knibb ward; Upton and King’s Heath in Northampton; Daventry Hill ward, Wellingborough’s Hemmingwell and Rushden in East Northants.

Working closely with partners such as schools, local police teams and community groups, the Youth Team will identify young people in need of support, particularly those at risk of exclusion from school.  They will also offer support around substance misuse and with other issues that make young people vulnerable to involvement in crime. The aim will be to prevent young people becoming involved in the criminal justice system, improve their life chances and reduce local concerns about anti-social behaviour.

Stephen Mold said: “It is ten years since the county has had a youth service and I see the evidence every day that this early support for young people and communities is much needed – it is at the very heart of the Police and Crime Plan for the county. This investment is important to support young people, keep them safe and ultimately reduce the demand on policing in Northamptonshire.”

Officers from the Corby Neighbourhood Policing Team have been handing out crime prevention advice and specialist purse strings to shoppers. 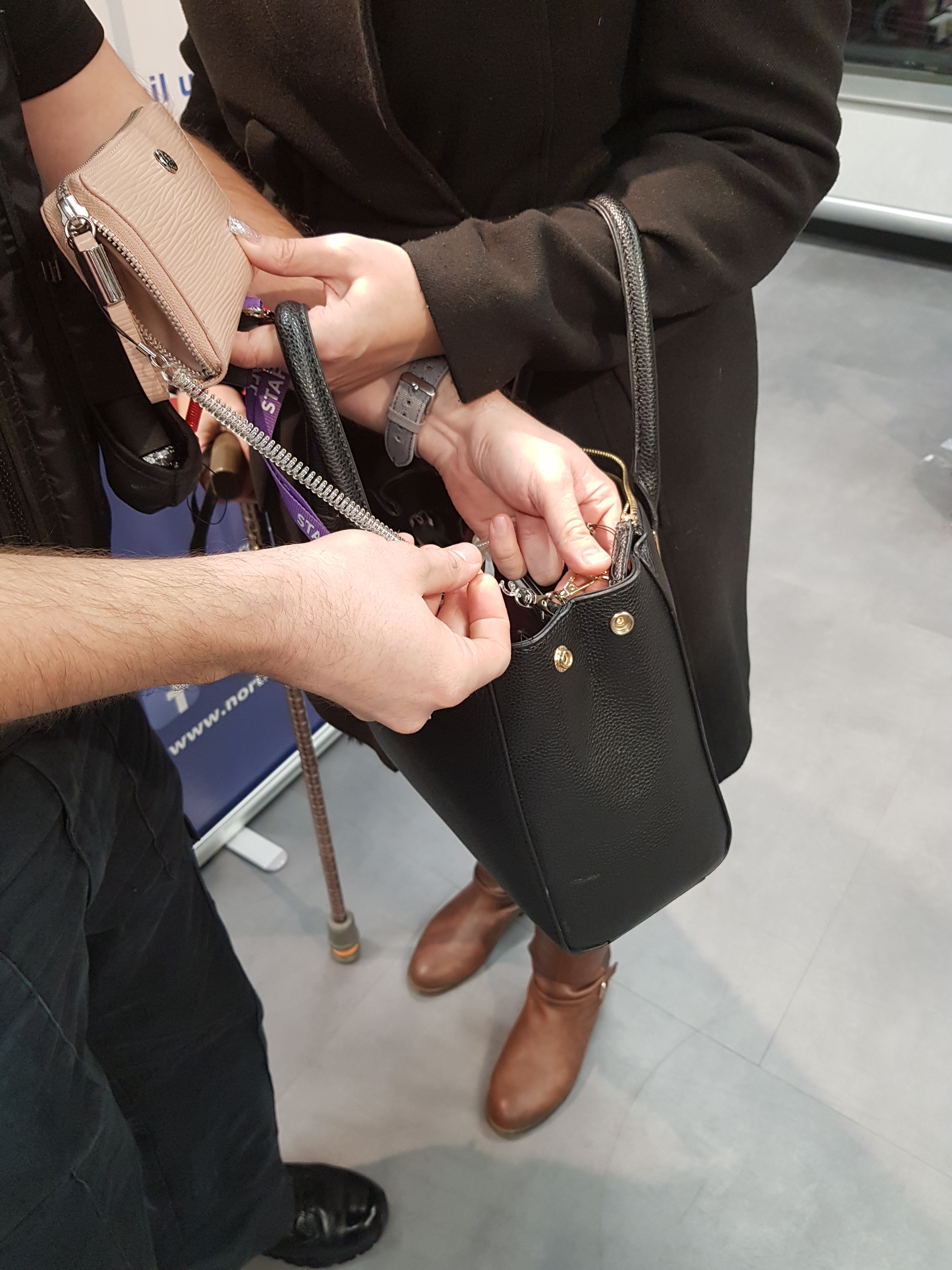 PC Mark Walker and PC Brad Wilson fitted nearly 40 purse strings in the space of an hour at the Corby Retail Park, to help customers protect themselves from would-be thieves.

The strings are easy to fix the purse to the inside of the bag and have been designed to help reduce the chance of members of the public, particularly the elderly, from theft.  The purse strings were funded through a grant of £1,000 from Northamptonshire Police, Fire and Crime Commissioner Stephen Mold.

Stephen Mold said:  “I am so pleased to be able to support initiatives such as this, which give people the chance to meet and chat with their local officers at the same time as picking up some useful crime prevention advice.”