A brand-new roads policing team has hit the streets and highways of Northamptonshire to disrupt criminals and make the county safer. 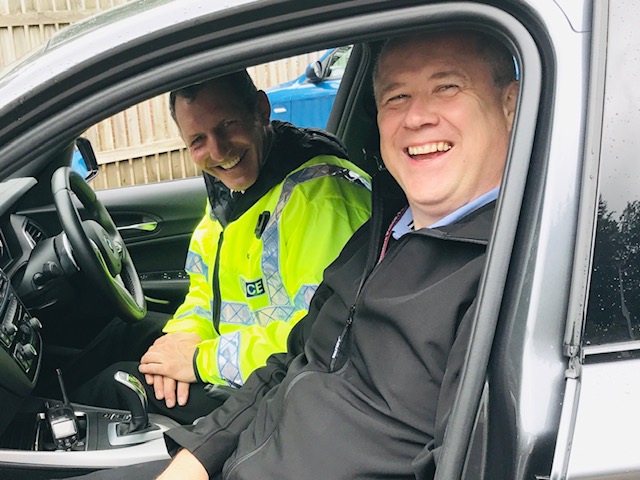 The Northamptonshire Police Road Crime Team will be made up of 18 officers who will be focused on denying criminals the use of the roads – disrupting county lines, targeting organised crime groups, responding to Automatic Number Plate Recognition (ANPR) hits and executing planned, proactive operations.

The team will work alongside the Force’s Safer Roads Team and the Northamptonshire Safer Roads Alliance to reduce the number of people killed or seriously injured on Northamptonshire’s roads by clamping down on the ‘fatal four’ – speed, seatbelts, drink or drug driving or using a mobile behind the wheel.

Detective Inspector Louise Hemingway heads the new team. She said: “The message to organised crime groups and criminals who use the roads to carry out their activities is simple – we are coming for you and we will be relentless in our task of bringing you to justice.”

Northamptonshire Police, Fire and Crime Commissioner Stephen Mold said: “Northamptonshire is at the heart of the country’s strategic roads network and making sure that people can travel safely in and through our county is a key priority.

“This new team that will work to deliver our commitment to improving safety, whilst targeting people who drive anti-socially or use our roads while committing crime.”

The number of killed and seriously injured (KSI) casualties on Northamptonshire roads in 2018 was the second lowest since records began in 1960.

Overall KSI figures increased by just nine from 279 casualties in 2017 to 288 last year. The number of people killed on the county’s roads fell by almost 30 per cent from 44 to 31 in the same period.

The number of collisions where people were injured fell from 1068 in 2017 to 1041 last year: casualties who sustained slight injuries increased from 1095 to 1172 and people seriously injured increased by 22 to 257.

Despite this, road safety in Northamptonshire has improved significantly over the last 20 years with more traffic making our county road networks busier than ever before.

Police, Fire and Crime Commissioner Stephen Mold, said: “Every person who dies or is injured on our roads is one too many. As partners, we have set out an ambitious strategy to make our roads safer and will work hard to reduce harm to all road users in Northamptonshire.”

Police and Crime Commissioners are responsible for running schemes to ensure the well-being of people detained in police custody. 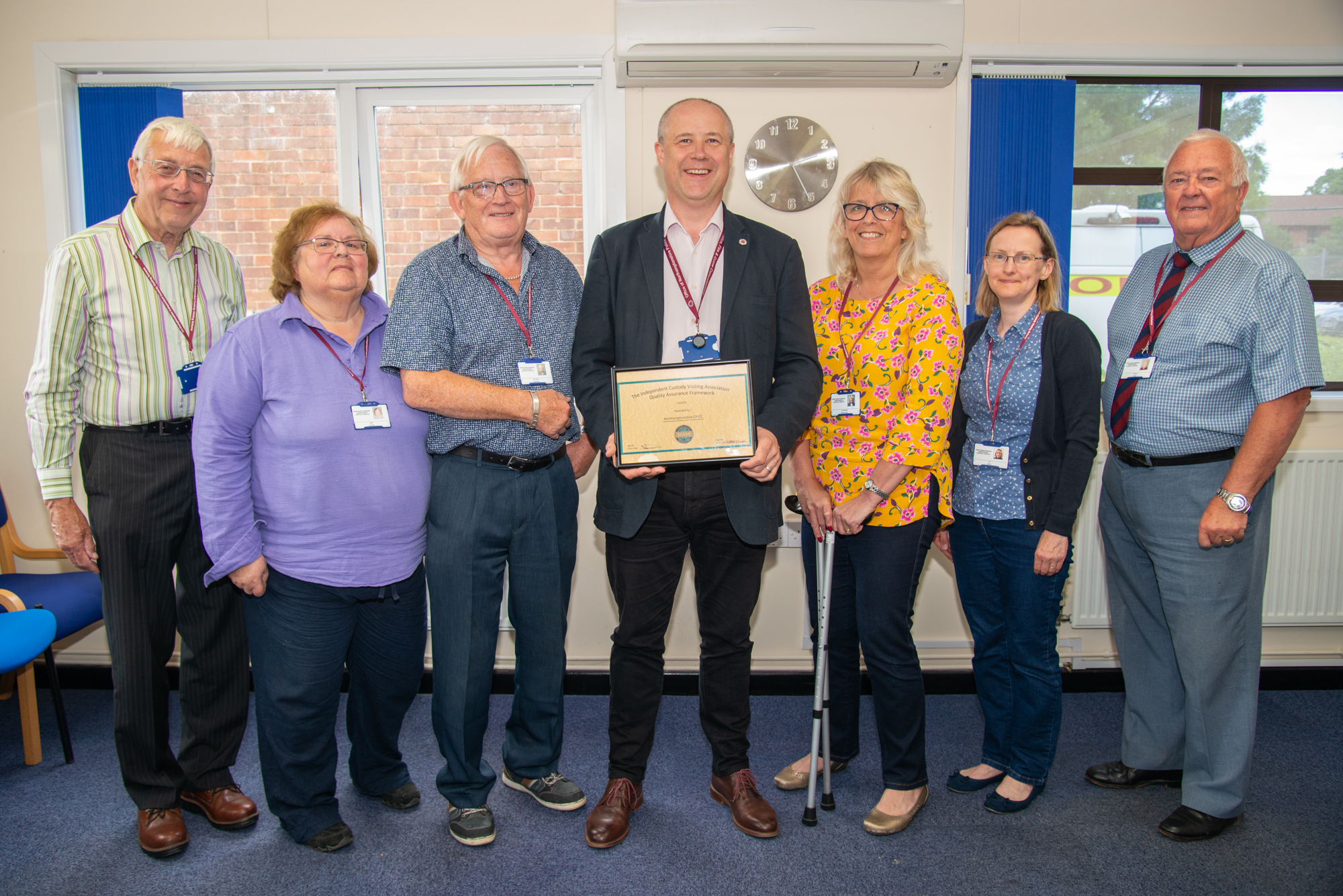 The scheme run by Northamptonshire Police, Fire and Crime Commission has won a prestigious national award for quality by the Independent Custody Visiting Association.

All of Northamptonshire’s custody visitors are volunteers, who make unannounced visits to police custody centres. The team won a silver award.

Stephen Mold, Northamptonshire Police, Fire and Crime Commissioner, thanked the team for their hard work over tea.  He said: “Ensuring the welfare of people in custody is an important obligation for my office and I’m pleased that this award has recognised the very high standard of service that our Independent Custody Visitors in Northamptonshire provide.”

Fifty more police officers from neighbourhood and rural teams have now completed the training and are equipped with Taser, in a first for Northamptonshire. 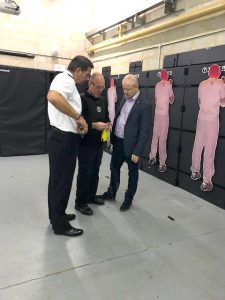 Now, officers from the neighbourhood teams will join the number who can deploy Taser. Northamptonshire Police, Fire and Crime Commissioner Stephen Mold invested funding for the additional training required.

Chief Constable Nick Adderley, said: “Nationally and locally there has been an increase in knife related crime. It therefore makes complete sense that the officers that are out in the communities are equipped and able to respond to incidents quickly and effectively. Extending Taser capability allows us to do that.”

Stephen Mold said:  “Northamptonshire Police officers must be able to protect the public and keep themselves safe from anyone intent on causing harm.

“I was keen to make this investment and support the Chief Constable’s view that training more officers to use Taser will give them a real and visible deterrent in situations where they believe that someone’s safety is under threat.”

Between September 2017 and October 2018, Northamptonshire Police used Taser on 317 occasions although it was only actually fired 21 times.

Northamptonshire Police is now issuing collar numbers and tags to serving police dogs after the passing of Finn’s Law, the Animal Welfare (Service Animals) Bill 2019 that makes it a criminal offence to cause them unnecessary suffering. 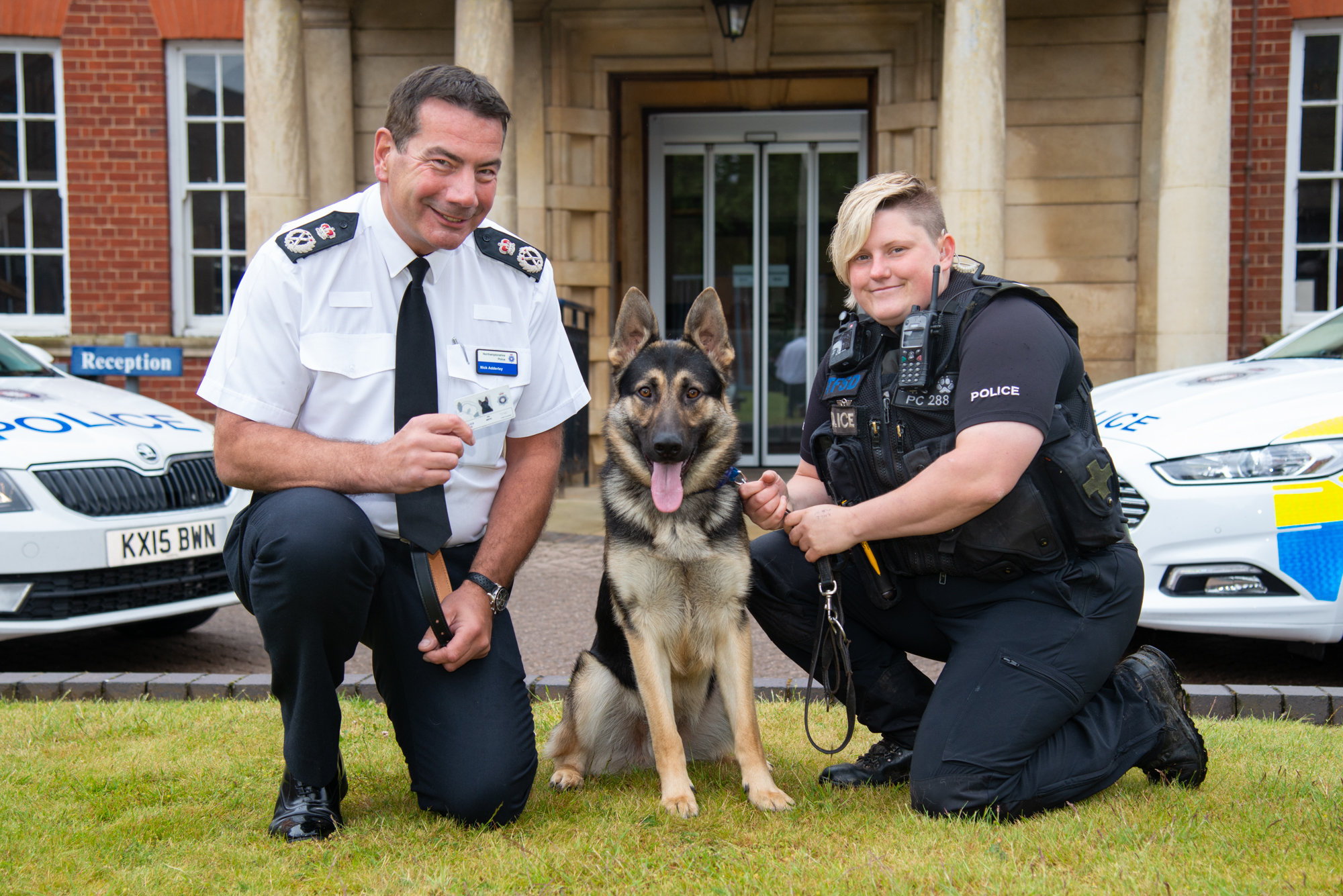 Police dogs Mac and Charlie were both welcomed at Force Headquarters today by Chief Constable Nick Adderley and Police, Fire and Crime Commissioner Stephen Mold and given their collar numbers.

Previously, the only available charges at the time for someone who injured or killed a police service animal in the line of duty was one of criminal damage. With this new legislation, defendants will no longer be able to claim self-defence as a reason for injuring a police dog.

Northamptonshire Police Fire and Crime Commissioner Stephen Mold said:  “Finn’s Law is a welcome change in legislation and ensures that the immense contribution that police dogs make to the safety of the county is properly recognised. Northamptonshire Police Dogs are an incredible asset to the Force and officers who have the privilege to serve as dog handlers count themselves very lucky indeed. ”

Put yourself in our shoes

A new consultation aims to start a conversation about the difficult choices that have to be made when policing the county and about how police resources should be allocated. 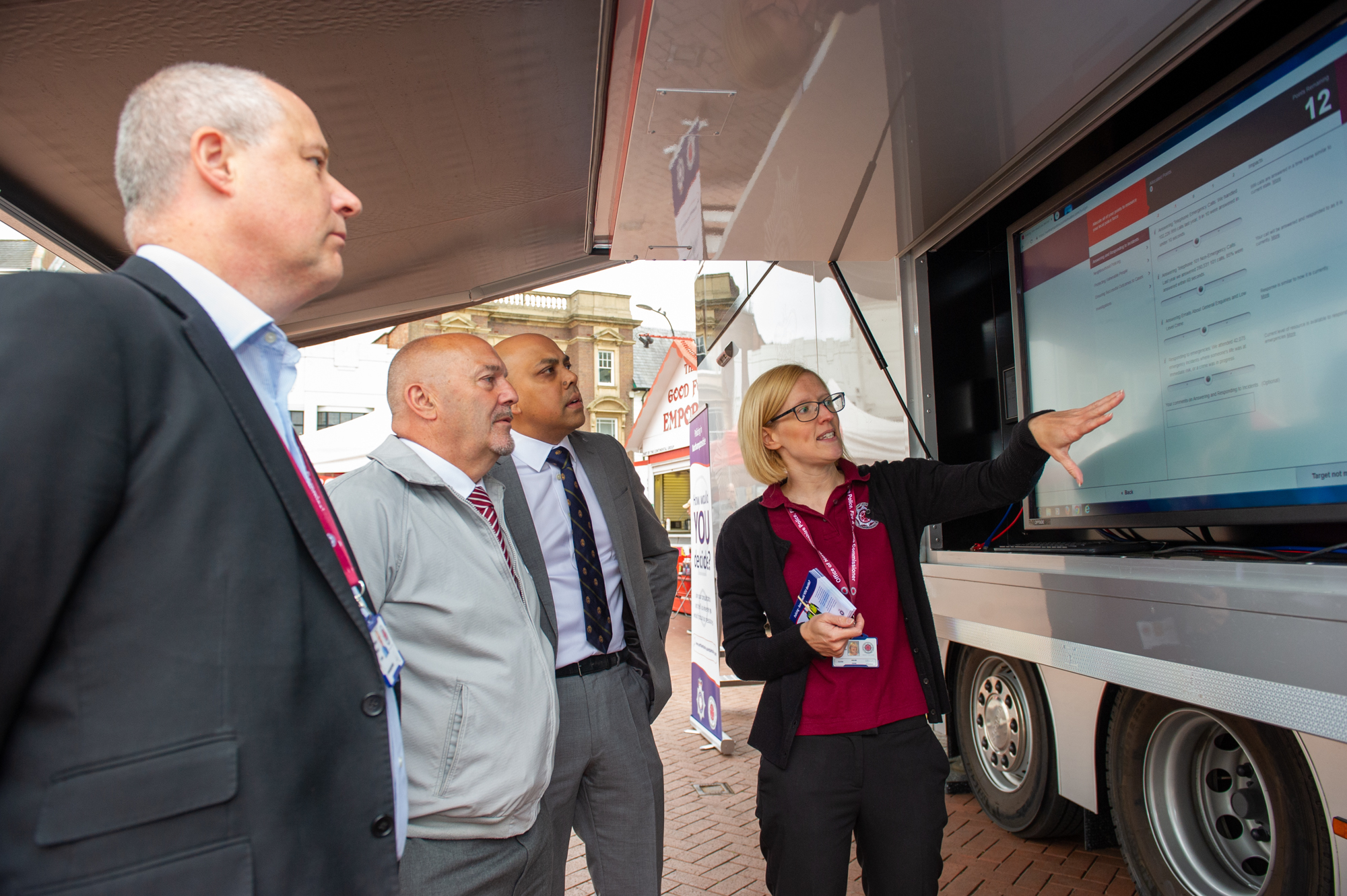 The consultation asks people to put themselves in the shoes of the Commissioner and the Chief Constable and tell us what matters most to them.

Northamptonshire is growing fast: the population has increased by 115,000 over the ten years to 2017, which is equivalent to adding another large town within the county border.

Policing itself continues to change and become more complex, with police officers responsible for work that isn’t always seen by the public, including: monitoring high risk offenders; investigating serious and organised crimes; protecting vulnerable people from exploitation and attending incidents where people are in mental health crisis.

The consultation called ‘Policing – how would you decide’ can be found at: northantspolice.pointsimulator.com

The closing date is July 30.

Northamptonshire Police, Fire & Crime Commissioner Stephen Mold said: “I want to start a conversation about local policing in our county. The issues that police are expected to deal with change all the time and become more complex and despite the fact that the Force has a budget of £130 million, tough decisions will always have to be made.

“Through this consultation, I would like to raise the awareness of some of the work that police officers do that may not be obvious to most people, and I want to hear where local residents think the focus should be.”

The first of two new remote video link centres that can connect to Northamptonshire and UK-based courts has been used for the first time to allow a vulnerable witnesses to give evidence away from a court building. 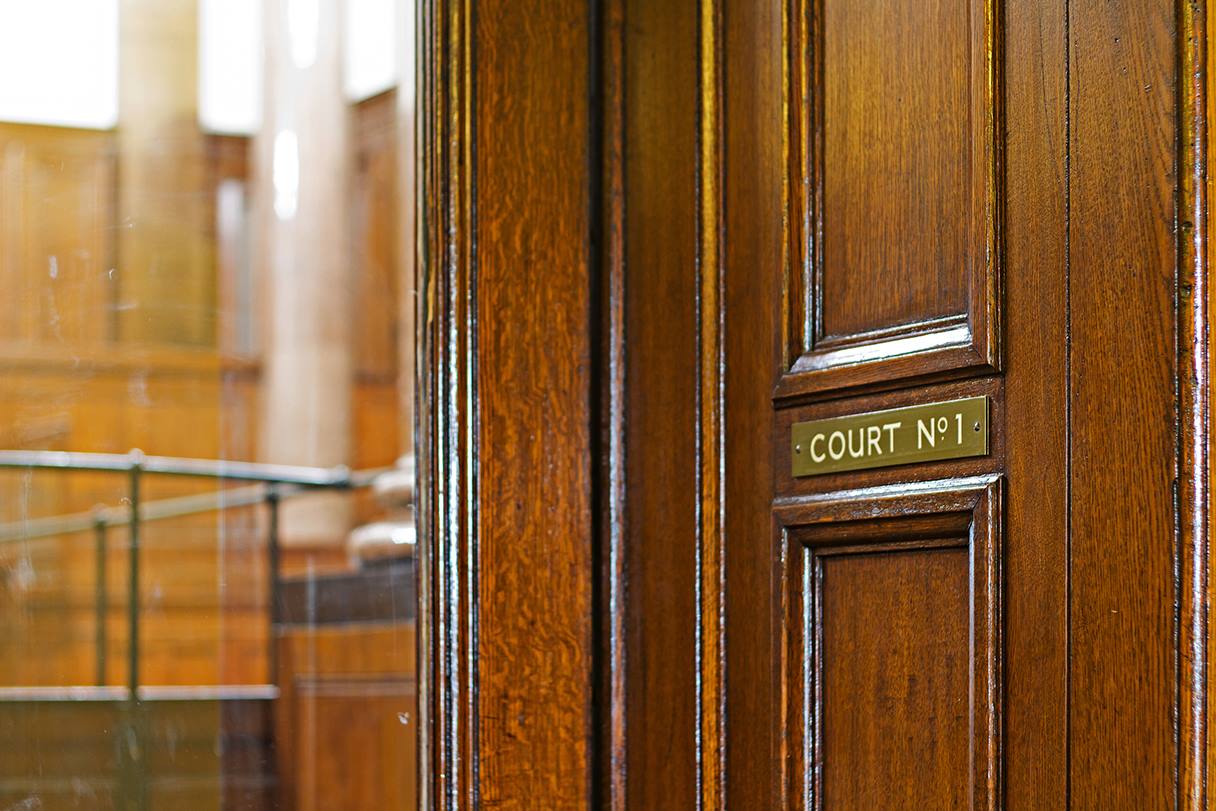 The remote links are one of a number of measures to help reduce anxiety, trauma and stress for some of the most vulnerable witnesses in the county.

The new remote links – one based in central Northampton and the other in North Northamptonshire – have been made possible through funding from Northamptonshire Police, Fire and Crime Commissioner, Stephen Mold, and are another step towards ensuring that victims and witnesses are at the heart of the criminal justice system.