A new Youth Team has been set up by Northamptonshire Police, Fire and Crime Commissioner Stephen Mold to help prevent young people becoming involved in or victims of crime. 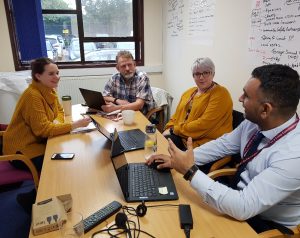 The team of 11 specialist youth workers will operate alongside Northamptonshire Police, other partner agencies and community groups in a targeted way to provide support and mentoring to young people.

Keeping the young safe is a key priority of the Commissioner’s Police and Crime Plan.  In the coming financial year the Police, Fire and Crime Commissioner has pledged to renew the focus on intervening early to prevent crime and anti-social behaviour, which will not only support young people but also reduce the growing demand on policing and make communities safer.

The Youth Team will focus on areas where the evidence suggests that the need is greatest. The first five areas were selected by looking at evidence such as the incidence of anti-social behaviour and school exclusion numbers, they are: Kettering William Knibb ward; Upton and King’s Heath in Northampton; Daventry Hill ward, Wellingborough’s Hemmingwell and Rushden in East Northants.

The Youth Team will be providing a targeted service based on needs.  This will be delivered in various ways, including outreach, street-based or centre-based provisions to work directly  with young people identified as at risk by neighbourhood police teams or schools.

Working closely with partners such as schools, local police teams and community groups, the Youth Team will identify young people in need of support, particularly those at risk of exclusion from school.  The team will also offer mentoring and support, including around substance misuse and with other issues that make young people vulnerable to involvement in crime or affect their life chances. The ultimate aim will be to prevent young people becoming involved in the criminal justice system, improve their life chances and reduce local concerns about anti-social behaviour. 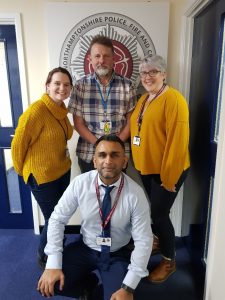 The Youth Team will also signpost young people to the specialist support services where those are needed and encourage them to get involved in positive activity.

Northamptonshire Police, Fire and Crime Commissioner Stephen Mold said that this new service is a key part of his strategy to reduce crime and make Northamptonshire safer.

“It is ten years since the county has had a youth service and I see the evidence every day that this early support for young people and communities is much needed – it is at the very heart of the Police and Crime Plan for the county. This investment is important to support young people, keep them safe and ultimately reduce the demand on policing in Northamptonshire.

“Young people can be vulnerable to criminal exploitation and we know that the growth of county lines drug dealing and the associated violence for example is a real issue in our communities.   Northamptonshire Police is working tirelessly to tackle crime and anti-social behaviour but we need to prevent young people being drawn into crime in the first place. The Youth Team is part of this, tackling the root causes of crime and helping young people find the right path in life.

“With the support of local taxpayers we are able to invest to increase the number of police officers. The new Youth Team will work prevent crime and reduce demand on policing, engaging closely with local communities wherever they can to keep people safe.”

This new team is just one of the investments the Police, Fire and Crime Commissioner has made in early intervention, which have included establishing an early intervention team to work alongside Northamptonshire Police and other agencies to identify families in difficulty at an early stage; embedding the Emergency Services Cadets scheme, which involves more than 300 young people and setting up a Youth Commission to involve young people in decisions about policing, crime and the fire and rescue service in Northamptonshire.