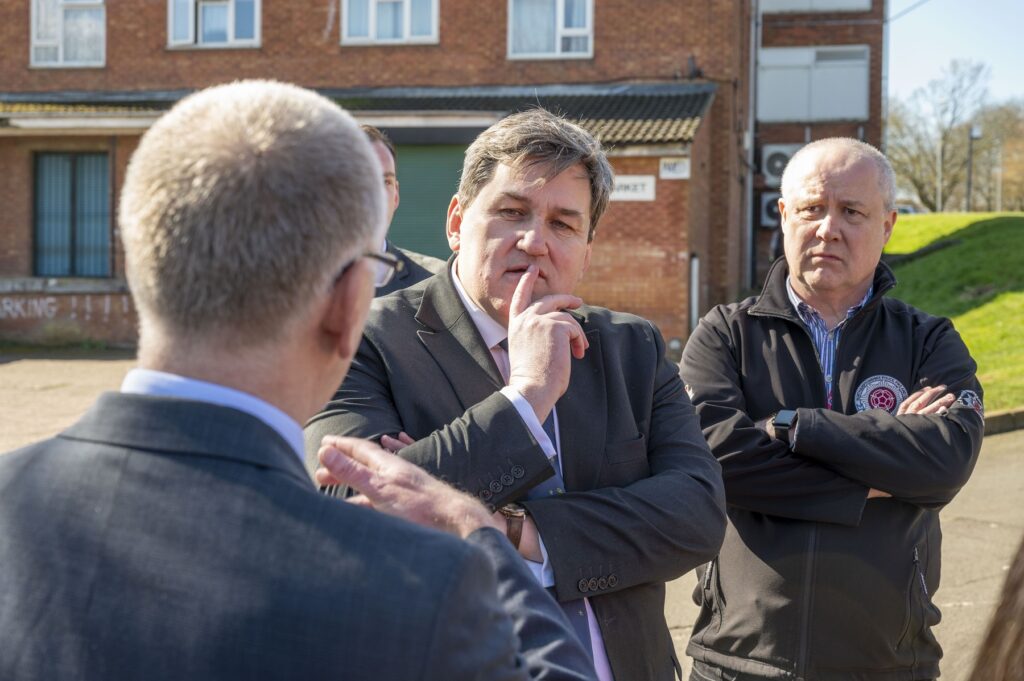 A campaign to improve safety in a Wellingborough estate has won praise from the Minister for Crime and Policing.

Kit Malthouse MP visited Hemmingwell on Thursday (March 17) to get a closer look at how the Safer Streets scheme is improving the lives of residents in the area.

More than £400,000 has been invested as part of the project, which is being run by the Office of Northamptonshire Police, Fire and Crime Commissioner Stephen Mold, and partners North Northamptonshire Council and Greatwell Homes.

It will see the scheme deliver 540 new doors at properties owned by Greatwell Homes in Gannet Lane and Fulmar Lane to enhance safety, new CCTV coverage will be installed on the estate, and hundreds of residents have already received free home security products. 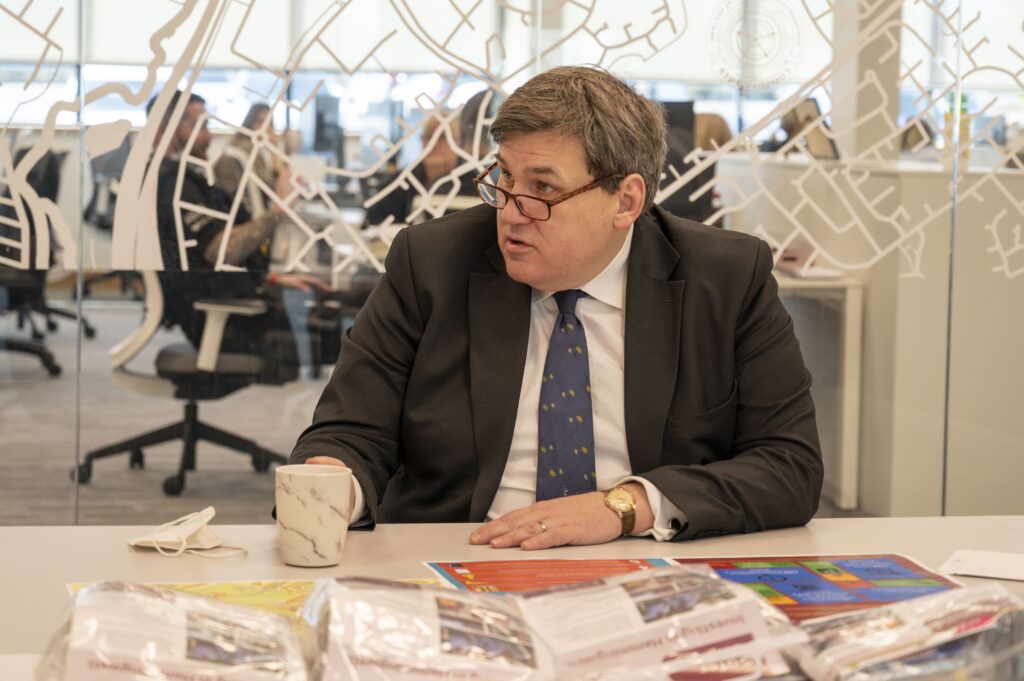 After a short visit to the Northamptonshire Police and Fire HQ at Darby House, Mr Malthouse headed along to the estate to see some of the doors that have been fitted and speak with residents about the success of the scheme so far in Hemmingwell.

As well as the current project in Hemmingwell, last year’s Safer Streets project saw similar improvements in parts of Northampton, Kettering and Wellingborough. And a third bid, submitted by West Northamptonshire Council in partnership with the OPFCC, has also won funding to help reduce crime and make communities safer – in particular for women and girls – in and around The Racecourse and Beckets Park in Northampton.

This Home Office funding, to the tune of £300,000 from the Safety of Women at Night fund, has also enabled the Commissioner and West Northamptonshire Council to develop a wider programme of work to reduce violence against women and girls in Northampton.

Mr Malthouse said: “As well as being tough on criminals, we need to outsmart them where we can, preventing their crimes. The Safer Streets Fund does exactly that, giving neighbourhoods the money they need to “target harden” their homes and streets, outfoxing villains and making them think twice before offending.

“We want everyone to feel safe in the public space, and as we build safer streets, town by town, I hope that we can restore pride, alongside safety, as something people say about where they live.”

Police, Fire and Crime Commissioner Stephen Mold: “We were delighted that Mr Malthouse visited Wellingborough to see first-hand the positive impact we’re having in Hemmingwell. As Commissioner I want to ensure that every resident in Northamptonshire can feel safe in their home, and the physical improvements we’re making in Hemmingwell we certainly hope will contribute towards achieving that.

“With Safer Streets and the Safety of Women at Night funds, we’ve received more than £2 million from the Home Office over the last 18 months which has been spent on real tangible benefits for our residents.”

One of the residents to have benefitted from the Safer Streets scheme is Gilbert Christopher, who has received a new door at his home.

He said: “The new doors make the area feel fresh and I feel much safer with them as they are very secure. It’s a long time coming and finally seeing something being done and this money being put into the Hemmingwell is amazing.” 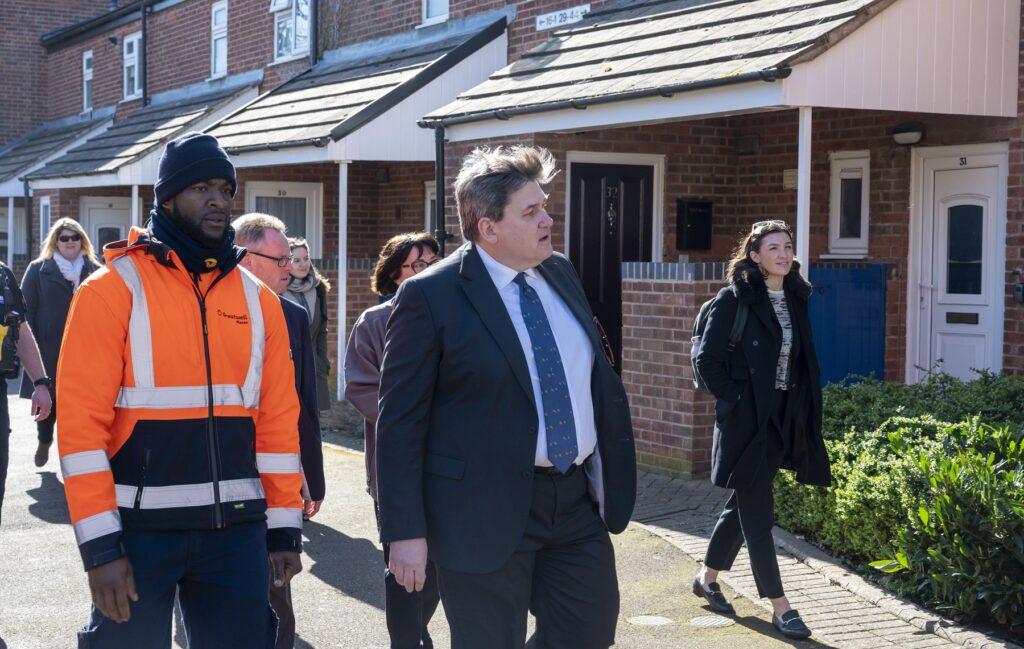 Jo Savage, Chief Executive of Greatwell Homes, added: “We are delighted to have contributed additional funding towards the Safer Streets initiative on the Hemmingwell to provide much needed security measures. We are grateful to our partners at the OPFCC, Northamptonshire Police and North Northamptonshire Council for helping us towards our vision of great communities where people live well.”

And Councillor Andy Mercer, North Northamptonshire Council’s Executive Member for Housing and Community, said: “We are delighted to have welcomed the Minister to North Northants and for him to witness first-hand the good work going on here.

“As a council, we are committed to making our communities safer and raising the aspirations for our young people.”