Hi tech investment will deny criminals the use of the roads

A major initiative will add around 100 new cameras to the ANPR network in Northamptonshire as part of an investment strategy to disrupt crime, support road safety and deny criminals the use of the county’s roads.

The £1.3 million investment – agreed by the Police, Fire and Crime Commissioner Stephen Mold and Chief Constable Nick Adderley – will see new, fixed cameras across the county and marks a significant expansion of the ANPR network. 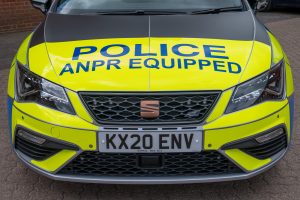 The cameras will be used by Northamptonshire Police to fight crime and keep people safe, providing additional tools to detect crime, disrupt criminals who are using the roads and deter them from committing crime in this county.

The plan also includes increased mobile ANPR capacity in police vehicles as well as mobile rapid deployment cameras that can be sent to hotspots around the county.

The fixed cameras will be deployed in areas that analysis shows are the most likely to effectively support the investigation of crime. Consultation with local people will take place before any new cameras are deployed.

The expanded camera network is part of a wider strategy to strengthen crime fighting and links several initiatives, including the establishment last year of the road crime team to focus on denying criminals the use of the roads and the soon-to-be-deployed rapid response Interceptor cars.

Taken together, these initiatives significantly strengthen the tools available to help Northamptonshire Police fight crime and keep the county safe.

ANPR – Automatic Number Plate Recognition – reads the registration of passing vehicles and checks them across a number of databases, raising the alert if a vehicle is stolen or linked to crime.

The cameras will also support police in tackling antisocial driving and identify uninsured vehicles – research shows that drivers who drive uninsured are more likely to be involved in serious road traffic collisions and be involved in other types of criminality.

“These extra cameras will mean that Northamptonshire Police are able to maximise the use of technology to fight crime, protect communities and keep people safe.

“I am proud to announce such a significant investment and I hope it shows local people that we are serious about the safety of Northamptonshire while sending the message to criminals that in Northamptonshire, there will be no place to hide.”

Northamptonshire Police was one of the first Forces in the country to trial ANPR and evaluate its potential as a policing tool almost 20 years ago.

Nick Adderley, Chief Constable of Northamptonshire Police, said: “This is yet another tool that we will use to show that we are serious about making life difficult for anyone who comes to Northamptonshire to commit crime.

“We are cracking down hard on criminality and ANPR will help us to focus our effort where we can make the most impact. The information we get from ANPR cameras plays an important role in the investigation of countless crimes in Northamptonshire and the arrest of hundreds of criminals every year.

“We’ll be engaging with the public and sharing some of those successes so that they understand what a key role information from ANPR and other sources plays in how we fight crime in Northamptonshire.”

A programme of activities to engage with authorities and the public will be taking place over the coming months and it is hoped that the cameras will be in place by next spring.