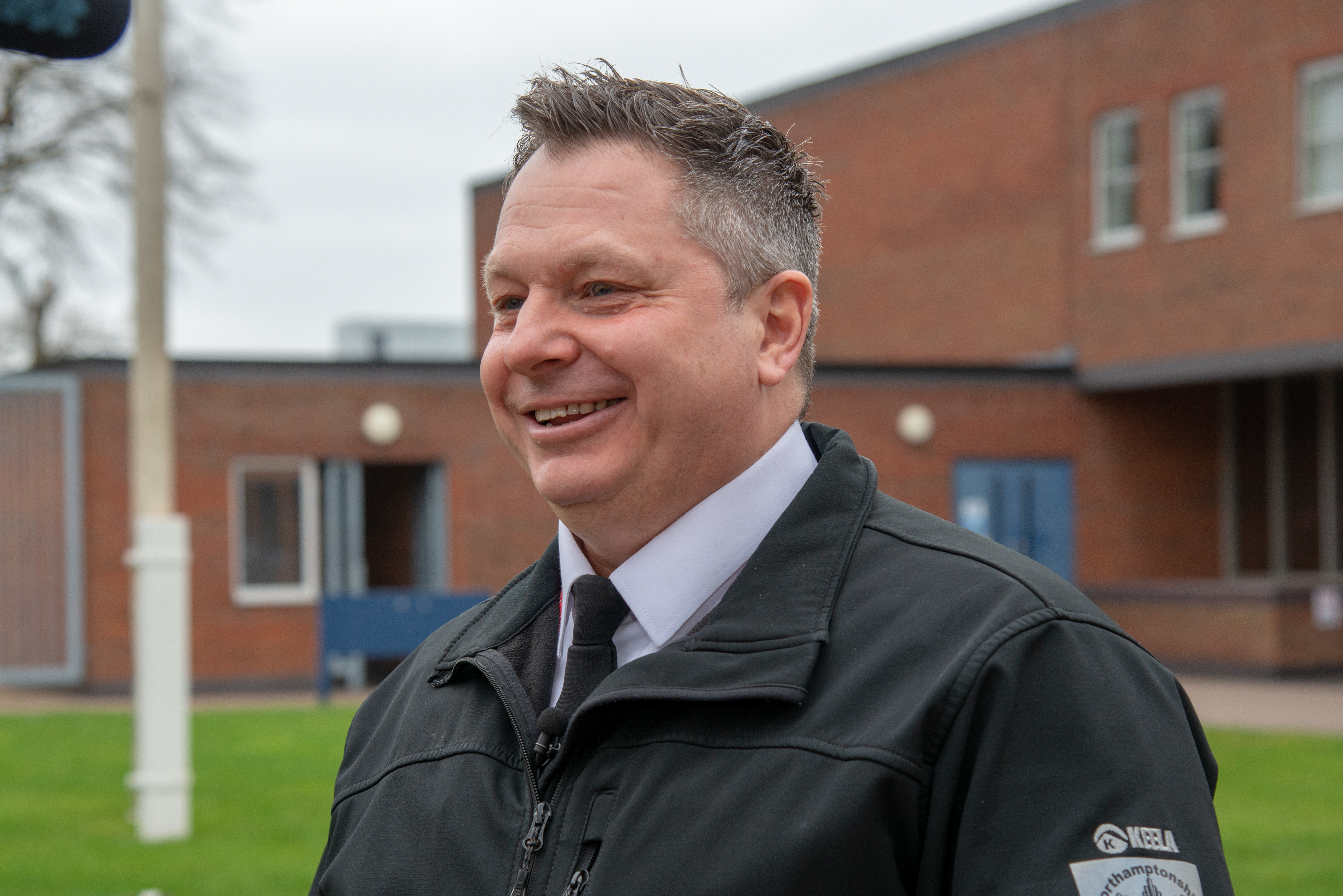 Northamptonshire Police Fire and Crime Commissioner Stephen Mold has asked Chief Fire Officer Darren Dovey to return to his role following his planned retirement  next month and continue to lead Northamptonshire Fire and Rescue Service’s response to the ongoing pandemic and steer its performance improvement plan.

Mr Dovey has served almost 33 years as a firefighter and has passed the 30 years’ service that a firefighter’s career path and retirement pension is based on. He had previously delayed his planned retirement to manage the transfer of the fire service governance to the Police, Fire and Crime Commissioner in 2019.

PFCC Stephen Mold has used legislation passed as part of the country’s response to the covid 19 pandemic that allows key people to be retained in their role, to enable him to reappoint Mr Dovey swiftly and ensure that there is no disruption to the county’s fire service.

Northamptonshire Fire and Rescue Service has a policy that allows the retention and return of retired firefighters to a business-critical role on a case-by-case basis.

Northamptonshire Police, Fire and Crime Commissioner Stephen Mold said: “I understand that Darren needs to retire – both because he has made a very lengthy contribution to the fire service and because the pension he has contributed to throughout his career is based on the fact that he does so.  But I believe that the county’s fire service needs him to keep continuity and ensure that the NFRS is able to continue to improve on the fantastic contribution it has made throughout the uncertainty of the pandemic and beyond.

“Darren and his team have turned around the performance of NFRS in the last year, making major improvements to the service that the public receive. Her Majesty’s Inspectorate of Constabulary and Fire Service referenced his personal contribution in their report and I believe he will ensure the improvements that have been made are stable and lasting.”

Mr Dovey will be reappointed on a two year, fixed term contract, subject to approval by the Police, Fire and Crime Panel.

Darren Dovey was appointed Chief Fire Officer on 1 July 2016.  He was born in London but has lived in Northampton since the age of 7, growing up and going to school in the Thorplands area.

He joined Royal Berkshire Fire and Rescue in 1987 and transferred to London Fire Brigade in 1999 moving to Northamptonshire Fire and Rescue Service in 2008 as an area manager.  During his career he worked on the fire at Windsor Castle and was at Russell Square as part of the response to the 07/07 bombings in London.  In 2005, he was press liaison officer at the scene of a fatal house fire in Stoke Newington in which three people died.

Chief Fire Officer Darren Dovey said: “I postponed my retirement so that I could see NFRS through the change of governance and use the opportunity this gave us to invest in the service and push forward with improvements for the first time in many years.

“Thanks to the hard work of every member of the team, NFRS is providing an even better service and I am confident that we are on our way towards excellence.  The next challenge will be to make better use of technology and share more buildings and support services with Northamptonshire Police.

“I am pleased to have this opportunity to see through the next phase of change and help establish an even more stable base for NFRS.”